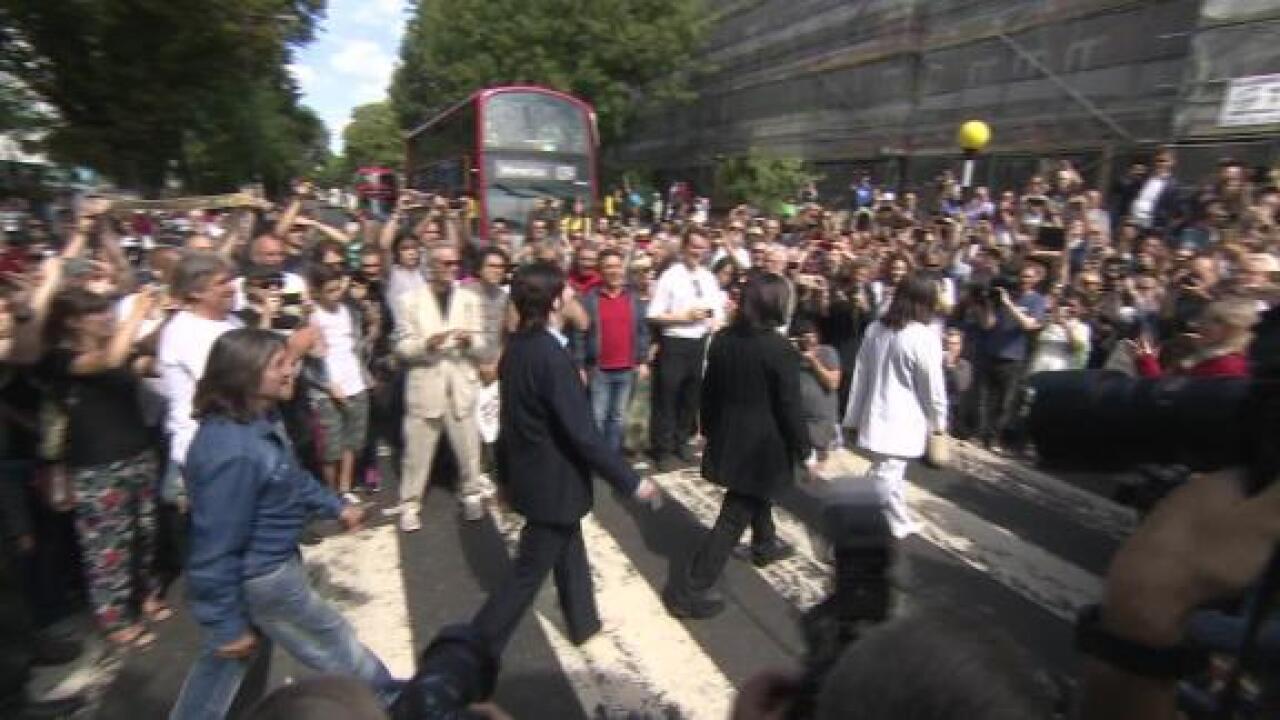 On August 8, 1969, the Beatles took staged a photo shoot for the cover of “Abbey Road,” the last album the band recorded as a group (even though it was released before “Let It Be”).

To mark the 50th anniversary on Thursday, hundreds of fans flocked to Abbey Road Studios in St. John’s Wood in London and its famous street crossing.

The cover of “Abbey Road” is one of the most iconic in music history, and the crosswalk has become a tourist attraction. Diehard fans make pilgrimages there every year in an attempt to re-create the image of John Lennon, Paul McCartney, George Harrison and Ringo Starr walking across.

Abbey Road Studios has operated a live cam of the crossing since 2011, and it even has a wall of fame, chronicling some of the odd or interesting moments captured on camera.

McCartney was absent this time, but last year, a few weeks before the 49th anniversary of the album’s release, he famously crossed that road and posed walking to Abbey Road Studios for an intimate performance for fans.