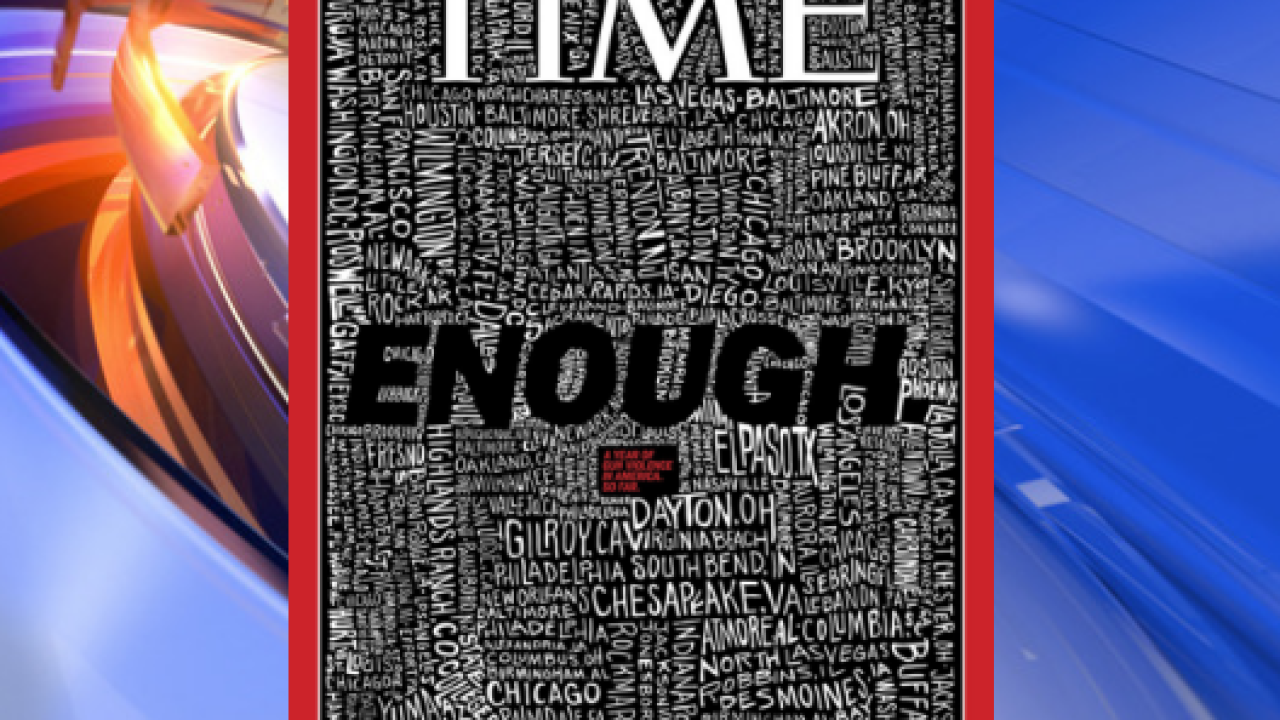 Some you have heard of, many you have not.

Those are just a handful of the 253 US cities listed on Time magazine’s latest cover, which hits newsstands on Friday.

There are 253 US cities listed on Time magazine’s latest cover, each one has experienced a mass shooting this year.

What all of those cities have in common: Each experienced a mass shooting this year.

The cover comes after a weekend of deadly mass shootings in Dayton, Ohio, and El Paso, Texas, and as calls to do something about gun violence and domestic terrorism ramp up again.

“TIME’s new cover: ‘We are being eaten from within.’ Why America is losing the battle against white nationalist terrorism,” the magazine wrote in a tweet announcing the cover.

Against the backdrop of the list of cities, the word “ENOUGH” is emblazoned across the cover in capital letters. The theme is similar to last year’s cover featuring survivors from the school shooting in Parkland, Florida.

Under it, the text reads: “A year of gun violence in America. So far.”

Mavroudis told CNN the list of shootings was based on data from the Gun Violence Archive, which defines a mass shooting as an incident in which four or more people were shot or killed, not including the shooter.

He said he first went about designing the cover in a methodical way. But eventually, the volume of incidents started to sink in.

“At a certain point, I started stepping back and thinking about the actual cities that I’m writing,” Mavroudis said. “I came across my hometown San Jose, California, and that stopped me in my tracks.”

Mavroudis said that he hopes that people look beyond just the list of cities and realize that each name on the cover represents a shooting that affects entire communities.