Cathedral installs giant slide but insists it’s not a gimmick 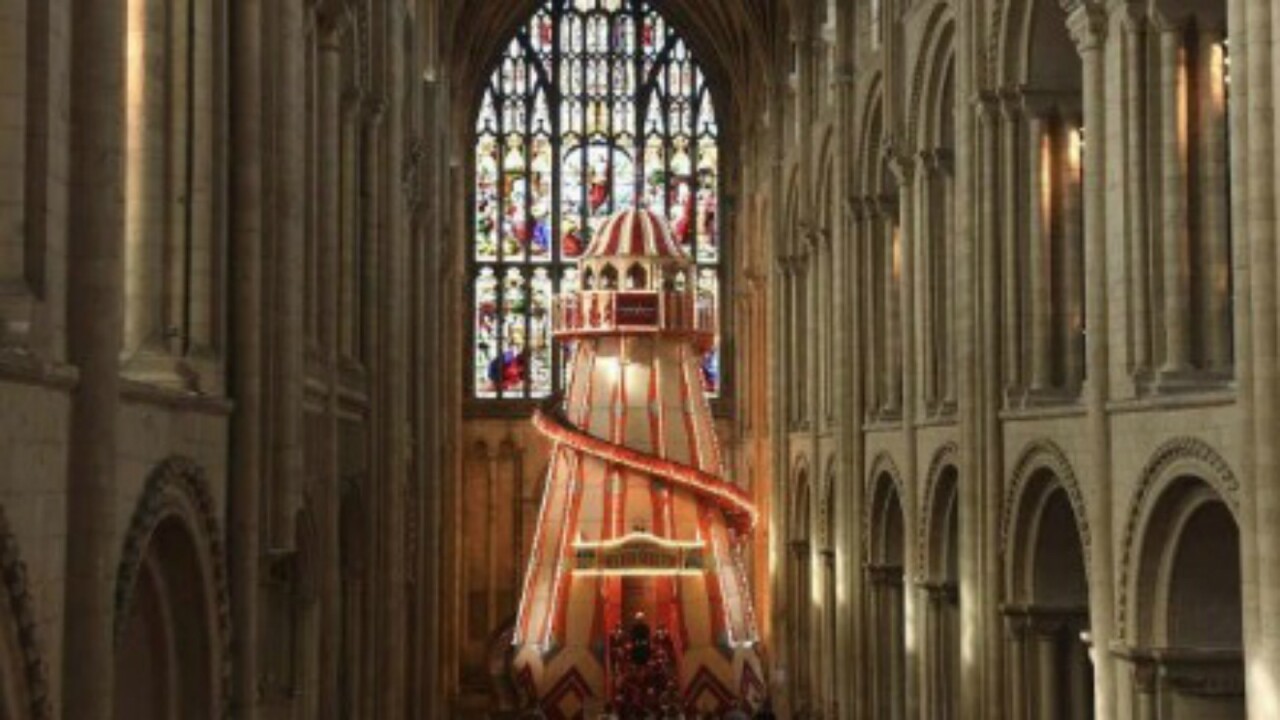 A historic cathedral in England has installed a giant indoor fairground slide, supposedly so visitors can see its roof up close.

The 50-foot-high ride, known in Britain as a helter-skelter, was unveiled Thursday at Norwich Cathedral in eastern England and will be open to the public to enjoy for 10 days.

The church, completed in 1145, insists the initiative is no gimmick — in fact, a clergyman said the idea came to him while he was visiting the Sistine Chapel in the Vatican.

“I had the slightly risky thought of, ‘I know this is amazing, but actually the ceiling at Norwich Cathedral is every bit as wonderful,'” Reverend Canon Andy Bryant told the Press Association news agency.

“We have one of the greatest collections of medieval roof bosses anywhere in northern Europe. The trouble is they are so high up that most people never get a chance to really appreciate them.”

“And so was born the idea — could we get people up higher to these roof bosses and so appreciate that they are exquisite art as they are the most beautiful pieces of stone carving but also the story that’s captured within them, which is the story of the Bible.”

The installation, set up in front of a large stained glass window, is part of a program called “Seeing It Differently.”

It follows a similar move by Rochester Cathedral, which unveiled a mini golf course in its central area last month — and comes as churches across the UK struggle to stem a decline in attendance.

In a post on the cathedral’s website, Bryant admitted that the idea could prove controversial with churchgoers.

“I get why for some the image of a giant helter-skelter sitting in this great Nave feels slightly shocking,” he wrote. “It does provoke and it begs the question, what is this space for? The walls of this great building have seen many things through their 900 years and I suspect will take this latest arrival in their stride.”

“But climbing 50ft above the Nave floor will helps us see this space differently, it will give us a new perspective. It is precisely because it is not what we usually do that it can speak to us, challenge us and invite us to see the space differently, and to see ourselves and one another differently, even God differently.”

The ride is scheduled to remain open until August 18.