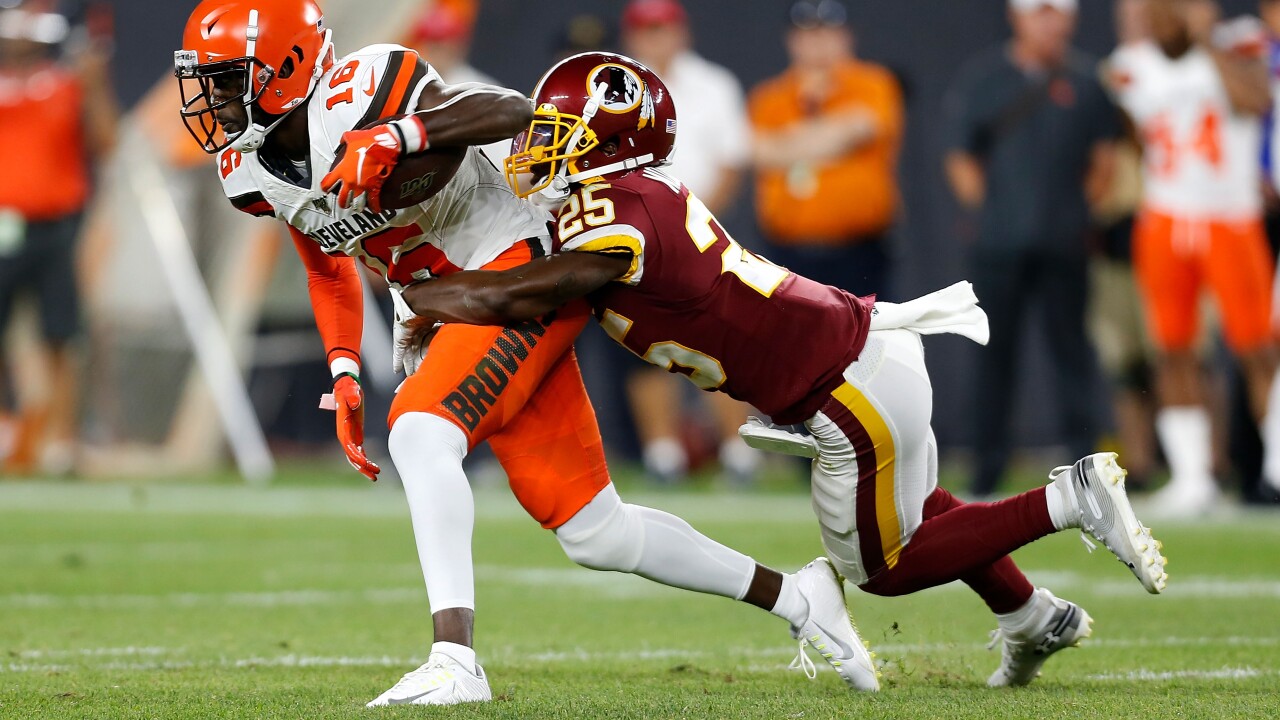 Ishmael Hyman #16 of the Cleveland Browns fumbles while under pressure from cornerback Jimmy Moreland. (Photo by Jason Miller/Getty Images)

CLEVELAND, Ohio – He’s the shortest player on the Redskins defense, but Jimmy Moreland continues to stand out.

Listed at 5-foot-11, Moreland, the rookie defensive back out of James Madison University, had two forced fumbles and a team-leading six tackles in Thursday’s preseason opener at Cleveland.

“He was active,” admitted Redskins head coach Jay Gruden. “He’s been active the entire camp. He did some good things. Glad the game wasn’t too fast for him. Played nickel, played outside – made some plays. I was pretty impressed. ”

“I felt like I had a good game,” Moreland told reporters. “I felt good and comfortable out there. Overall, I felt like the game came very smooth to me. We have to just keeping pushing forward.”

Moreland, selected by the Redskins in the seventh round of the 2019 NFL Draft, was on the field for 49 plays on defense (66% of all snaps) and five plays on special teams (19%).

“I feel like my physically is there,” Moreland, the first JMU player drafted since 2013, said. “There are a lot of guys that are small and can make tackles. It’s a mental game – being physical. You have to be willing to go in there and hit someone.”