NASA said the projects are a mix of technology and science experiments including developing spacecraft reentry and thermal protection systems, measuring cosmic rays and gathering organic molecules in space for DNA sequencing,

After flying to around 91 miles altitude, the payload, with the experiments, will descend by parachute and is expected to land 15 minutes after launch in the Atlantic Ocean, about 64 miles off the Virginia coast.

The experiments and any stored data will be provided to the students later in the day following sea recovery of the payload. 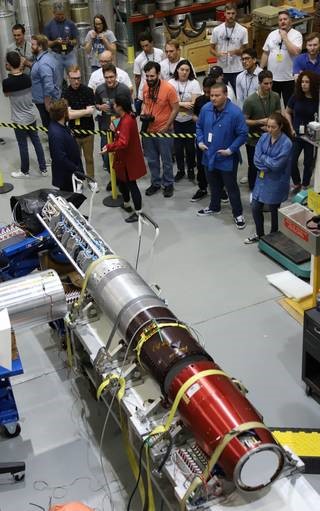