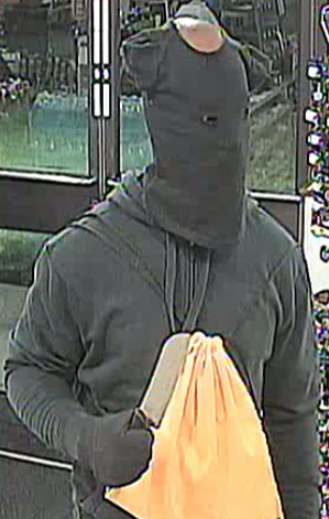 CHESAPEAKE, Va. – Police are trying to identify a suspect involved in a robbery on August 9.

Police say the suspect involved robbed the 7-Eleven at 1025 Eden Way N. They are described as a black male, bald, who was wearing all black.

The suspect also had a distinct yellow drawstring bag worn on his chest as a back pack and a child’s black tee shirt was being worn as a mask with holes cut in it.

He was armed with a knife.

If anyone has information about the identity of this individual, give a tip anonymously through Crime Line.