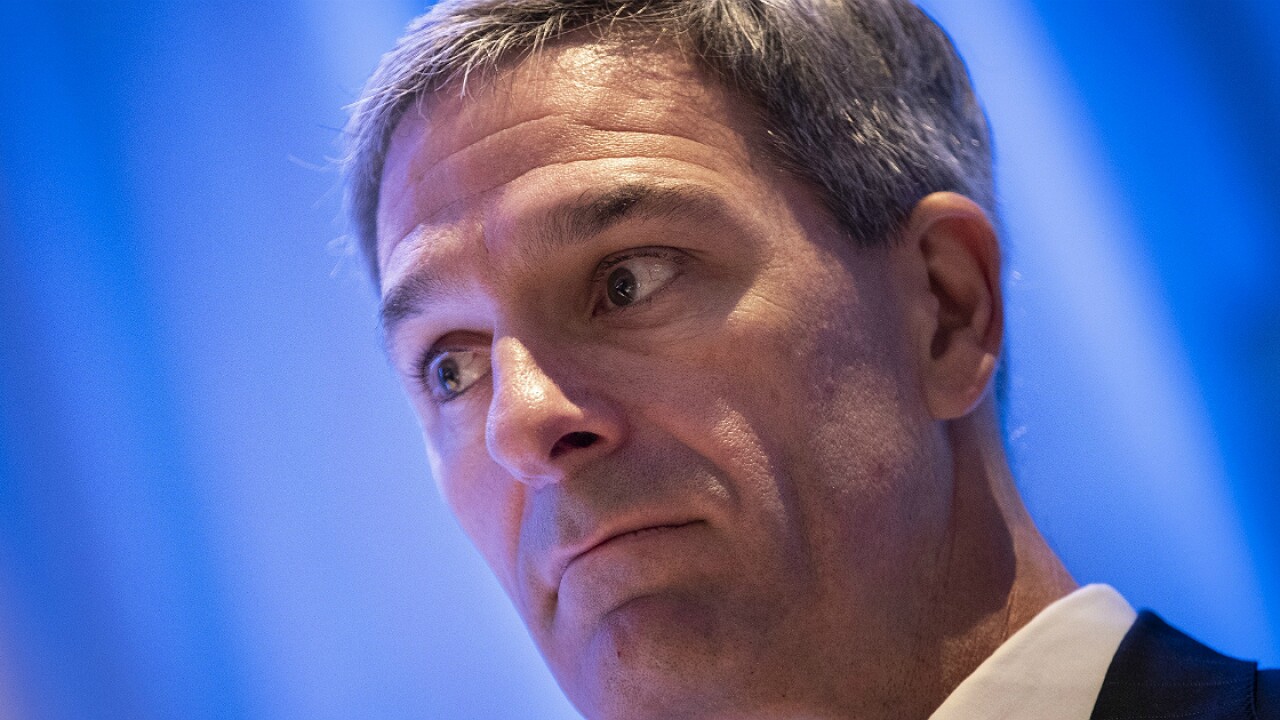 The acting director of US Citizenship and Immigration Services in a new interview revised the iconic poem on the Statue of Liberty’s pedestal to suggest that only immigrants who can “stand on their own two feet” are welcome in the United States.

Ken Cuccinelli tweaked the famous poem from Emma Lazarus – whose words, “Give me your tired, your poor, your huddled masses yearning to breathe free” are long associated with immigration to the US and the nation’s history as a haven – as part of a case for strict new measures pushed Monday by the Trump administration that could dramatically change the legal immigration system.

“Would you also agree that Emma Lazarus’s words etched on the Statue of Liberty, ‘Give me your tired, give me your poor,’ are also a part of the American ethos?” NPR’s Rachel Martin asked Cuccinelli on “Morning Edition” in an interview published Tuesday.

“They certainly are: ‘Give me your tired and your poor who can stand on their own two feet and who will not become a public charge,'” he replied. “That plaque was put on the Statue of Liberty at almost the same time as the first public charge was passed – very interesting timing.”

On Monday, the Trump administration announced a regulation that makes it easier to reject green card and visa applications. The new rule means many green card and visa applicants could be turned down if they have low incomes or little education, and have used benefits such as most forms of Medicaid, food stamps, and housing vouchers, because they’d be deemed more likely to need government assistance in the future.

Cuccinelli has defended the changes, writing in a CNN op-ed published Tuesday that “self-sufficiency has been a core tenet of the American dream.”

“Long-standing federal law has required foreign nationals to rely on their own capabilities and the resources of their families, sponsors and private organizations in their communities to succeed,” Cuccinelli wrote.

Cuccinelli was asked about Lazarus’ poem on Monday and whether the new immigration changes would merit its removal from the statue’s pedestal.

“I do not think, by any means, we’re ready to take anything off the Statue of Liberty,” he said.

“We have a long history of being one of the most welcoming nations in the world on a lot of bases, whether you be an asylee, whether you be coming here to join your family or immigrating yourself,” he said at the White House, adding that the regulation “will include a meaningful analysis of whether they’re likely to become a public charge or not.”

The Trump administration has taken the toughest stance against legal and illegal immigration of any presidency in modern times.

Under Donald Trump’s presidency, the US has fought to curtail the basis on which migrants can claim asylum, publicized large-scale raids by Immigration and Customs Enforcement in an effort to deter would-be undocumented immigrants and backed a Republican Senate effort to create a skills-based immigration system.

Asked two years ago about the proposed skills-based changes – which ultimately weren’t passed – White House senior adviser Stephen Miller shrugged off a question from CNN’s Jim Acosta about whether the Trump administration’s efforts amounted to an effort to “change what it means to be an immigrant coming into this country.”

Miller responded that as a requirement to be naturalized, “you have to speak English,” and continued, “so the notion that speaking English wouldn’t be a part of immigration systems would be very ahistorical.”

He went on: “Secondly, I don’t want to get off into a whole thing about history here, but the Statue of Liberty is a symbol of American liberty lighting the world. The poem that you’re referring to was added later (and) is not actually part of the original Statue of Liberty.”

Lazarus originally wrote the sonnet, entitled “The New Colossus,” to raise funds for the statue’s pedestal in 1883. The sculpture itself, which sits in the New York Harbor and was visible on the path to the immigration checkpoint at Ellis Island, was a gift from France to the US.

It was not until 1903 that Lazarus’s words were inscribed on a bronze plaque and added to the site 17 years after the statue’s original unveiling in 1886.