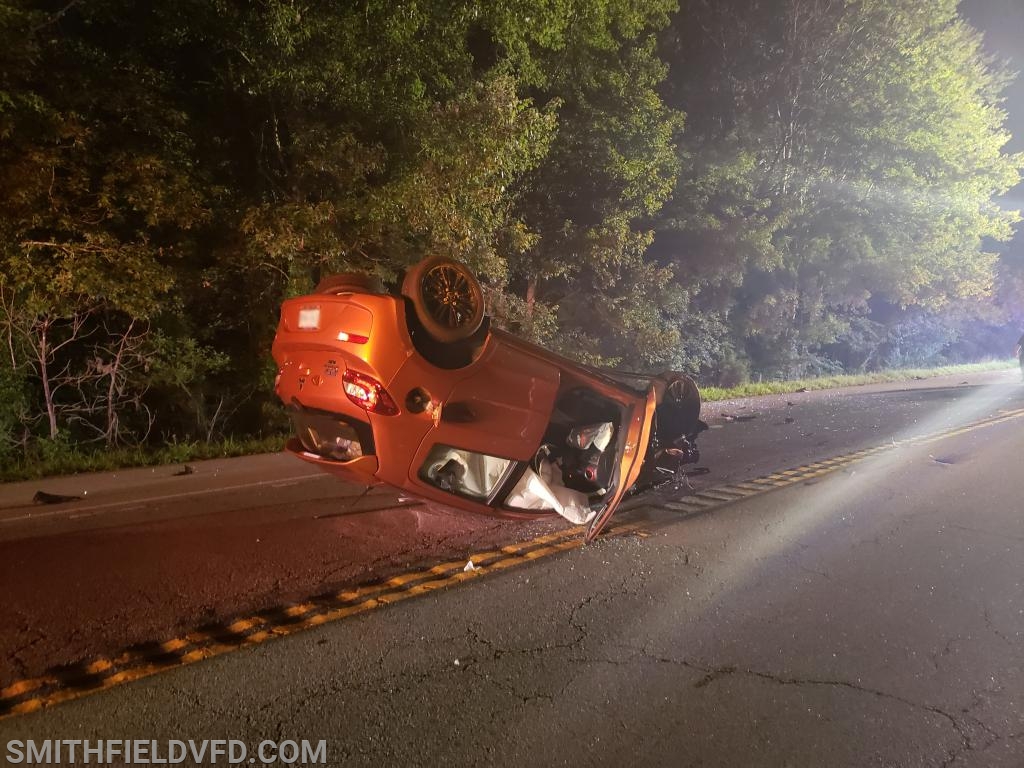 SMITHFIELD, Va. – A man was killed in a crash between a golf cart and a compact car early Friday morning.

According to the Smithfield Volunteer Fire Department, at 12:48 a.m., crews were dispatched to Fairway Drive and the Route 10 Bypass. When crews arrived, they found an overturned vehicle with heavy damage and a golf cart with very heavy damage.

Officers with the Virginia State Police said Ryan Allen Cooling, 45, was driving the cart without headlights in the wrong lane when he was struck head-on by a vehicle traveling west.

A Nightingale air ambulance was dispatched, but Cooling succumbed to his injuries on-scene before he could be transported. Police say Cooling was not wearing a seatbelt.

The driver of the vehicle, identified as 30-year-old Joseph Thomas Connelly, was treated on-scene for minor injuries. He was arrested for driving under the influence.