Daniel and Becky Knutson, were there Tuesday to watch their son’s first embark. “It’s just something you can’t prepare for, you know so many months in boot camp and this is our first experience in this and just it’s emotional it’s like my heart is being ripped out but yet I’m so proud of him," Becky said.

“Keep your chin up keep corresponding with your sailor it’s so important for their moral as for yours because even though they may not have an opportunity to send something back to communicate just pour them out with correspondence." Daniel added.

The Chaplin's wife, Colleen Craig said, “I’m happy for him because I think his mission is going to be real you know it’s hard to be away from your families for seven months and for him to be able to be there for them encourages me to take care of my kids too.”

The Ramage participated in COMPTUEX in July which was an intensive, month-long exercise designed to fully integrate units of the Harry S. Truman Carrier Strike Group while testing the strike group’s ability as a whole to carry out sustained combat operations from the sea.

The Navy has not said how long the destroyer will be deployed or where they are headed at this time. 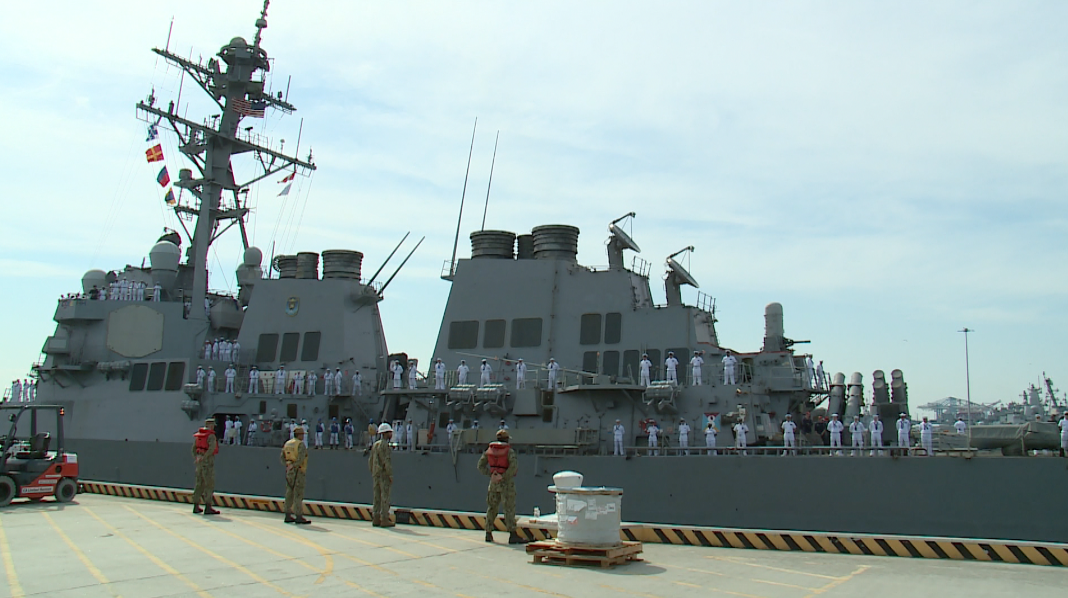