NEWPORT NEWS, Va. - The Newport News Police Department said in a Monday news conference that the murder suspect shot Saturday by one of its officers died from his injuries.

Police Chief Steve Drew also said that the officer and civilian hurt in the shooting are both in stable condition, calling them both heroes while speaking to the media.

The Saturday afternoon shooting that left one woman dead at a local gas station is connected with the officer-involved shooting. In Monday's follow up, police said the murder suspect, Jerome Uzzle, was married to Chandra Eason - the woman he shot.

Around 3:34 p.m., officers were dispatched in reference to a shooting that took place at the Circle K off Kiln Creek Parkway.

Police found the woman shot to death when they arrived on scene and immediately were able to identify a suspect and the suspect's vehicle.

BREAKING: Chief Drew says the suspect, Jerome Uzzle, died in the hospital. He was married to the female victim, Chandra Eason. pic.twitter.com/HXMjR1Wey4 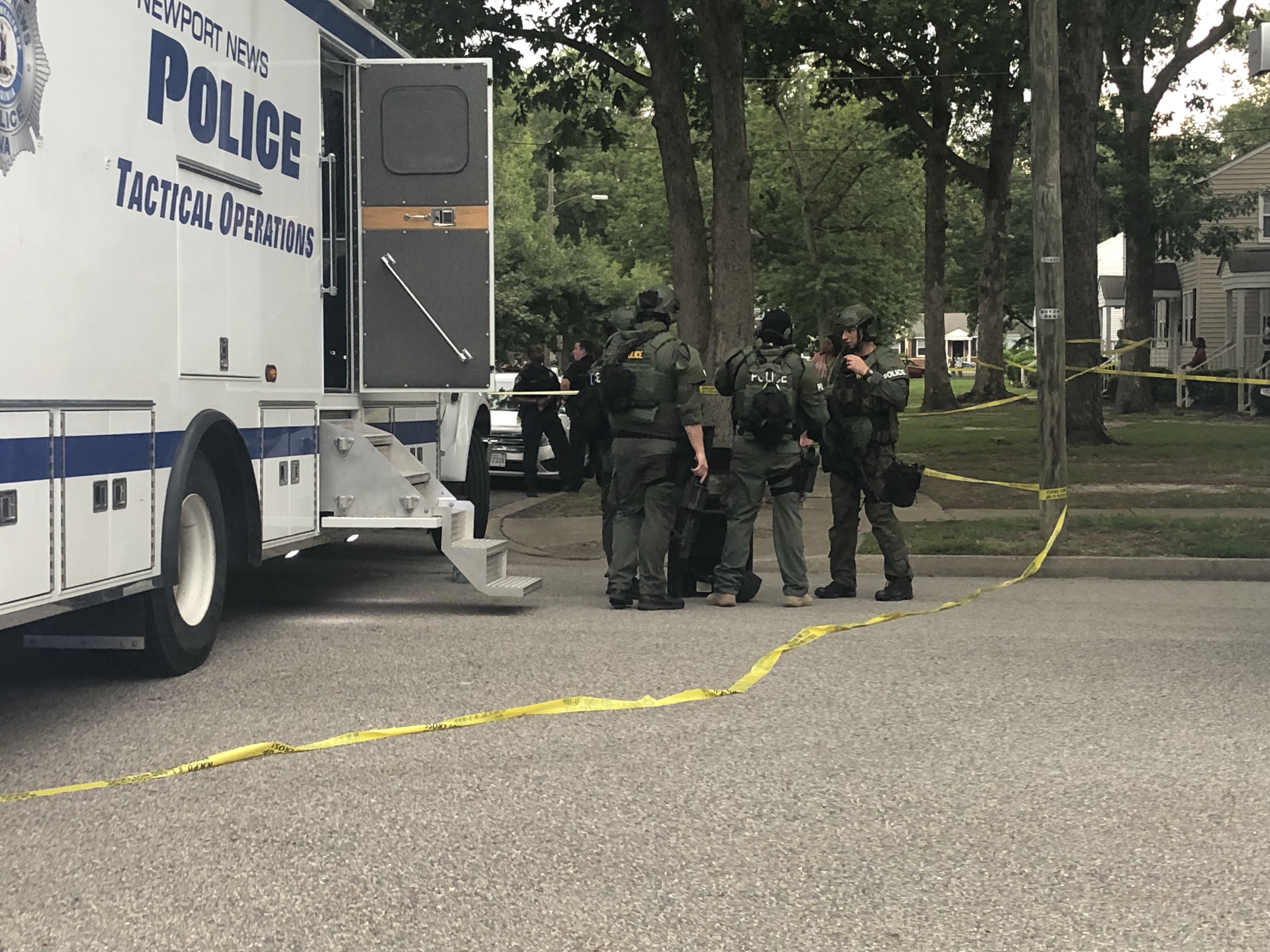 About two hours after the woman was killed, officers were able to locate the suspect's car in a nearby apartment complex parking lot. After police surrounded the area, the murder suspect began shooting at the officers, according to Chief Drew.

The suspect's gunfire hit an officer and the civilian, who was participating in a ride-along with the department when they were struck. Officers returned fire, and the suspect was hit by the gunfire.

In Monday's news conference, Chief Drew said the Newport News Police Department has been doing ride-alongs for more than 30 years.

Police said investigators are still working the shooting to find out additional information as part of a thorough investigation.