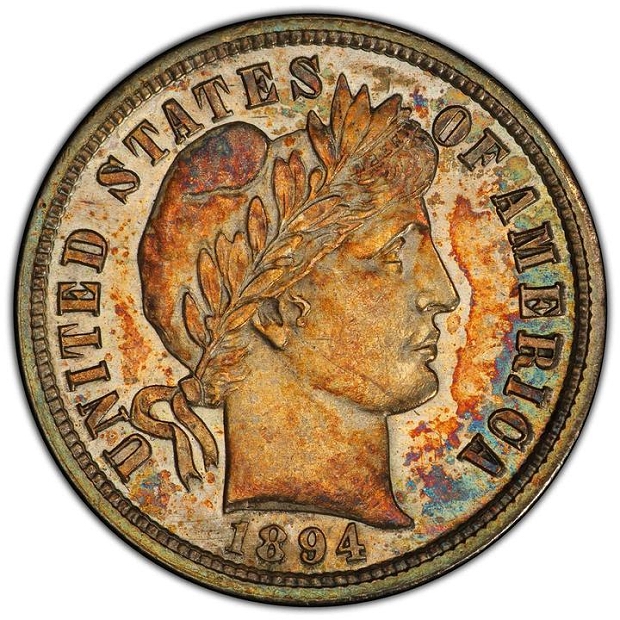 The 1894-S dime was purchased by John Brush, President of David Lawrence Rare Coins of Virginia Beach, in a public auction at the American Numismatic Association 2019 World’s Fair of Money in Chicago on August 15.

He bought it on behalf of collector Dell Loy Hansen of Salt Lake City, Utah who is on a quest to assemble “the greatest U.S. coin collection of all-time,” according to Brush.

“This was one of the most exciting acquisitions we have made in the pursuit of Mr. Hansen’s collection,” stated Brush.

Only 24 dimes were struck at the San Francisco Mint in 1894, and researchers today can only account for nine of them. John Dagget, Superintendent of the Mint at that time, reportedly gave his young daughter, Hallie, three of the dimes. In the early 1950s, she sold two of them to a San Francisco coin dealer and explained that as a child she spent the third dime to purchase ice cream.

The 1894-S dime purchased by Brush was authenticated and certified as Proof 63, on a numismatic grading scale of 1 to 70, by experts at Professional Coin Grading Service in Santa Ana, California.

One of this historic dime’s previous owners was the late Dr. Jerry Buss, a former owner of the Los Angeles Lakers basketball team.

“The 1894-S dimes are among the greatest of all United States coins. Acquiring this legendary rarity is another step on the path to Mr. Hansen completing what will be the finest collection of United States rare coins ever assembled,” explained Brush.

Plans to publicly exhibit the $1.32 million dime will be announced in the near future, according to Brush.