RICHMOND, Va. - The Virginia Crime Commission held a two-day discussion in Richmond about possible gun reform in the Commonwealth, with the public weighing in on Tuesday.

Advocates on both sides of the debate spoke passionately. "We can't effectively protect our citizens as it stands right now," Newport News Sheriff Gabe Morgan told commissioners. "Common sense gun legislation is a must."

"Every time some miscreant commits a mass murder, gun owners brace for the onslaught of gun control aimed at us," said Philip Van Cleave, the President of the Virginia Citizens Defense League.

The bipartisan commission is studying the issue after lawmakers adjourned a special legislative session without taking action, sending all proposals to the commission. Eventually, the group will make recommendations to lawmakers before they meet again in November.

Some of the ideas discussed include expanding background checks, bringing back Virginia's one handgun a month law and banning assault weapons. "Gun violence is an epidemic that affects communities in Virginia and throughout our nation," said Secretary of Public Safety Brian Moran.

Van Cleave called on lawmakers to eliminate gun-free zones and allow concealed carry permit holders to be armed in more places. "A citizen should be able to protect his life and his family's lives wherever he goes regardless of his occupation," he said.

"As the State Crime Commission meets today, a reminder that legislators could have passed commonsense gun safety legislation when I called them back in July and can still act at any time," said Gov. Northam in a Tweet Monday. "Guns kill an average of 3 Virginians a day—no more delays or excuses."

As the State Crime Commission meets today, a reminder that legislators could have passed commonsense gun safety legislation when I called them back in July and can still act at any time. Guns kill an average of 3 Virginians a day—no more delays or excuses.https://t.co/eVa6tYFsDL

Members of the Commission listened to presentations on laws to lower gun deaths, overall gun violence and mass attacks on Monday.

During Monday's discussion, members of the commission also heard from secret service agents who gave insight on what they typically find during the investigations after a mass shooting. Some said there are usually always warning signs of a mass shooting before it happens. 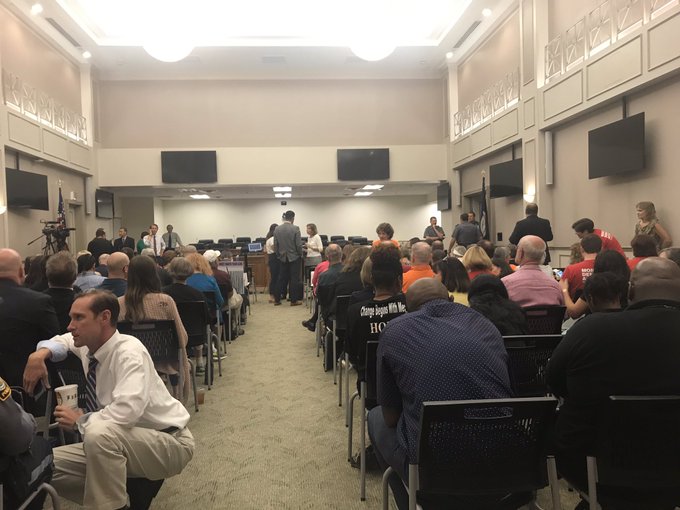