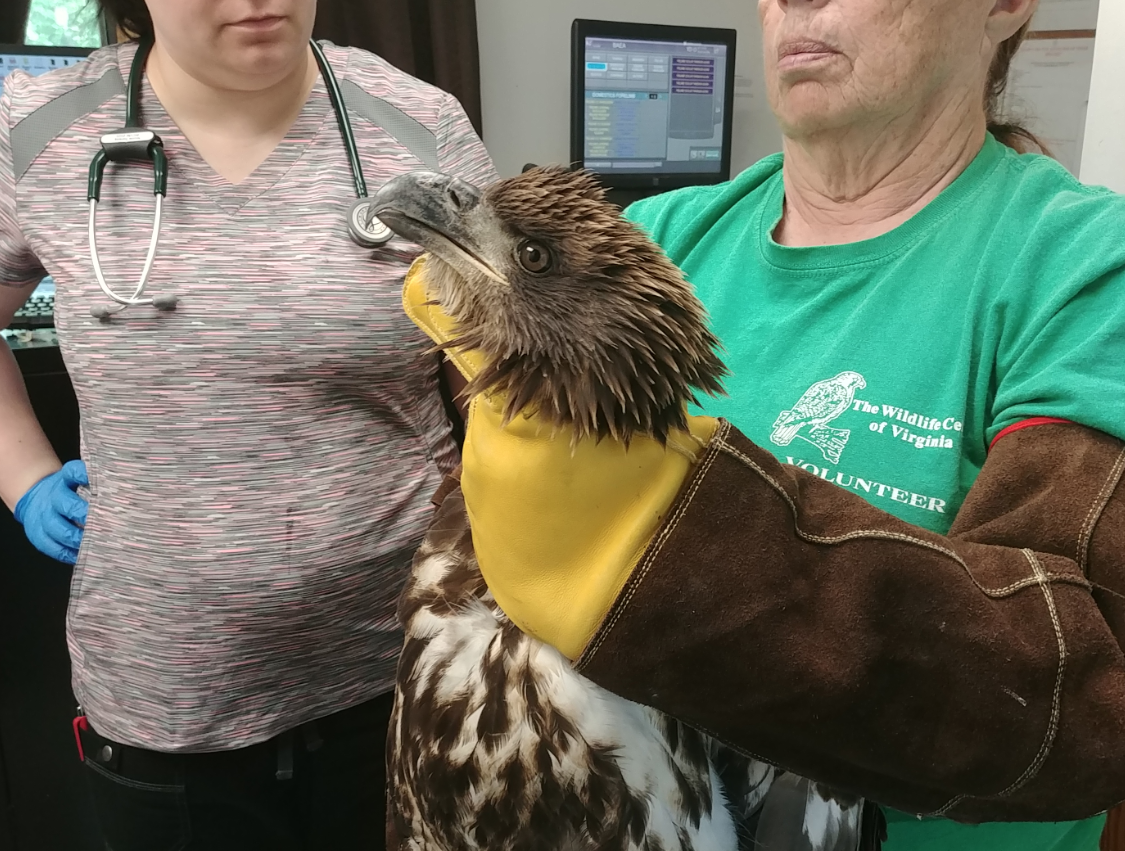 This week the Wildlife Center of Virginia, a leading teaching and research hospital for native wildlife, will release three Bald Eagles!

Ed Clark, Co-Founder and President of the Wildlife Center of Virginia, will release:

The eagle to be released on Wednesday was spotted on the ground by a private citizen in Poquoson on June 17. The eagle was captured and transported to the Wildlife Center.

The juvenile Eagle had been seen standing on a woodpile near a campground in Horntown for an extended period and seemed unable to fly. The eagle was admitted on May 19 and examined. The adult Eagle was found on June 13 eating in a ditch near a poultry processing plant and unable to fly. The eagle had severely soiled feathers and attempts to clean the feathers revealed the substance to be non-water soluble and very sticky. The Center’s veterinary and rehabilitation team ultimately scrubbed the eagle with a Dawn dish soap solution and a toothbrush. They are now both healthy enough for release!

The Wildlife Center of Virginia is an internationally acclaimed teaching and research hospital for wildlife and conservation medicine. Since its founding in 1982, the nonprofit Center has cared for more than 80,000 wild animals, representing 200 species of native birds, mammals, reptiles, and amphibians.