A few hurricanes remembered this week, one more destructive than the other 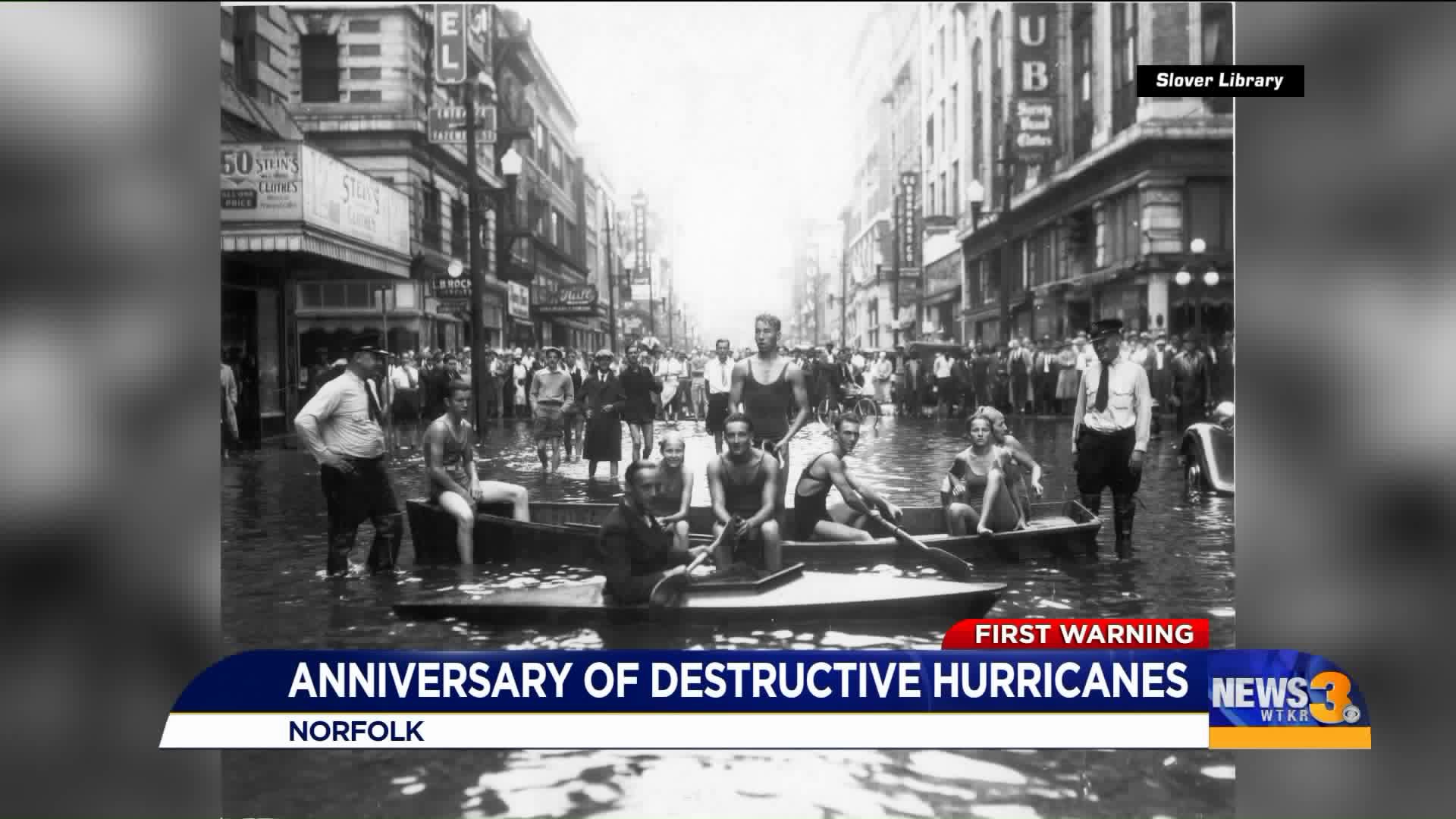 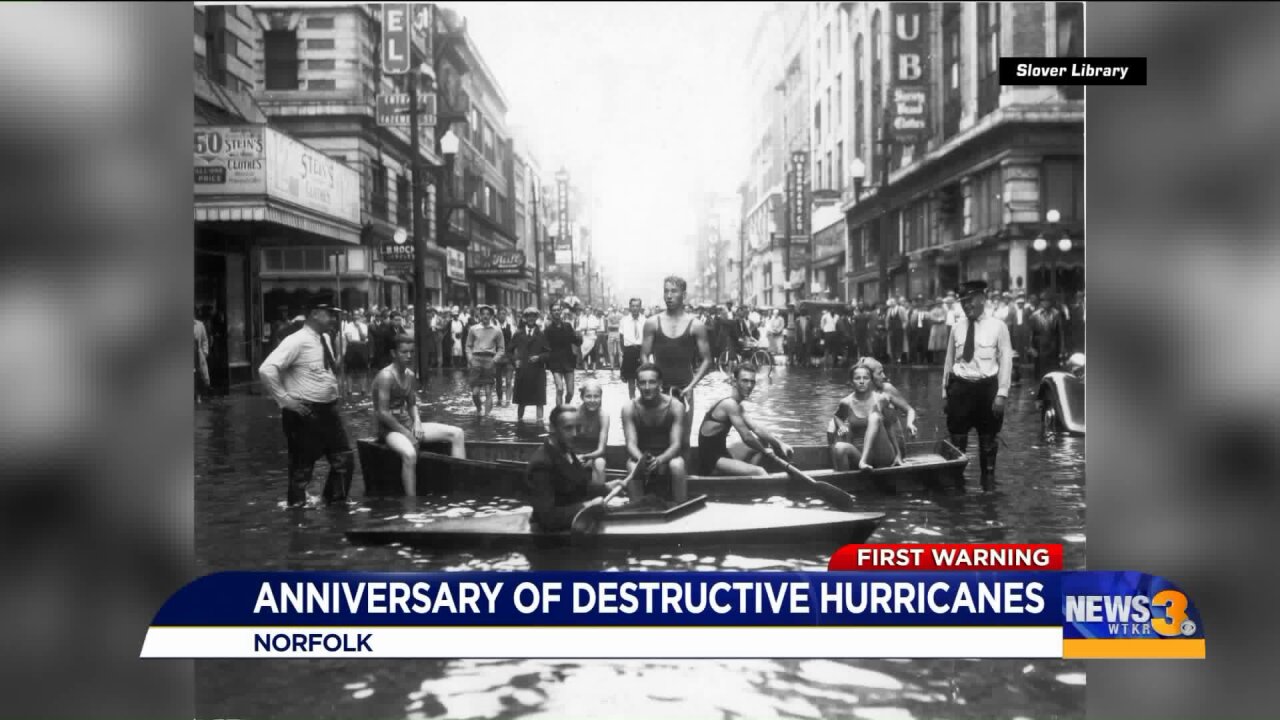 NORFOLK, Va. --  As the peak of hurricane season approaches, this week marks the anniversaries of several destructive storms.

50 years ago, Hurricane Camille ravaged Virginia. The storm killed more than 200 people in its wake.

Two hurricanes that struck in 1933,  however, caused some of the worst damage in Hampton Roads. That was before experts started naming them.

Friday, August 23 marks 86 years since the first one. The second hurricane hit a month later in September.

Roads in Downtown Norfolk and the surrounding areas were flooded. Homes and structures were also destroyed.

Pictures from the time show the damage, but Peggy McPhillips, the Norfolk city historian, said it also shows people trying to be positive in the aftermath.

"We have pictures of people in row boats and kayaks at the corner of City Hall and Granby Street," McPhillips explained. "They called it the first-annual Regatta, Downtown Regatta, just trying to make the best of the situation and just so glad that it was over."

Back then, Downtown Norfolk did not have the sea wall to prevent flooding. The August hurricane cost the Commonwealth roughly $17.5 million.