NORFOLK, Va. - Joe Agustin and his wife are watching recent videos of him in the gym - lifting weights and working out his legs.

“I’ve gained back 20 [pounds] since being home here,” said Agustin.

Several months ago, the Norfolk Police chaplain was in a hospital bed at VCU.

“I had to go through chemo - two chemotherapies - and a radiation treatment,” he adds.

His last option was a transplant from his son, Joseph Agustin Jr., an officer with the department. Thanks to the love, support and donations from the community, they were able to raise more than $16,000 for his care.

He says, “I’m doing very well. I’m thankful for everybody who was concerned about my condition, everyone who prayed and supported.”

Now, he is using his story to encourage others in the community who may be going through similar situations, especially one officer in particular: Norfolk Police Officer Nick Johnson, who is fighting cancer.

“I don’t want it to be a lonely road for Nick, so I’m going to do whatever I can to help,” said Agustin. 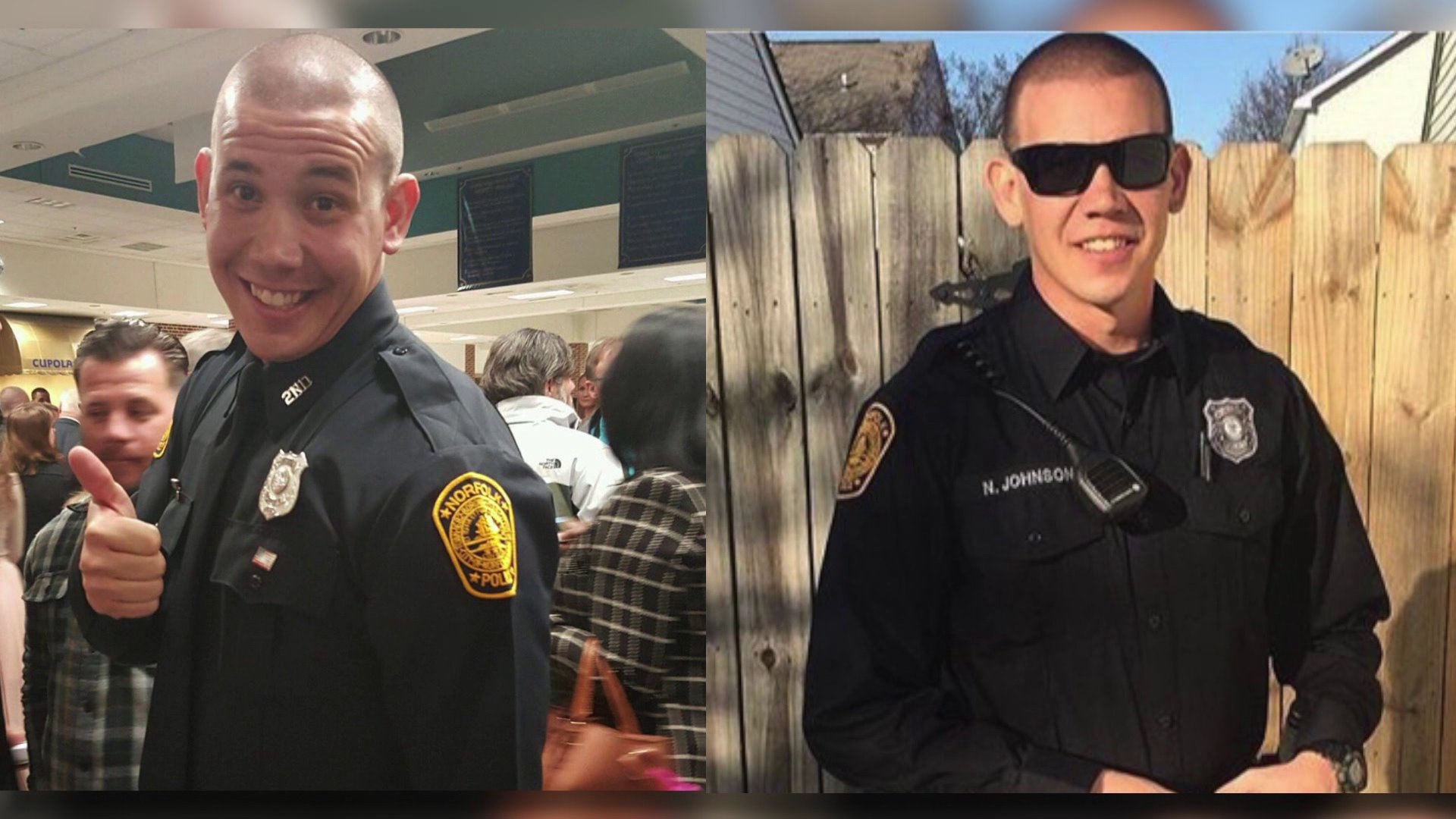 Friends of Nick’s and the police department are hosting a fundraiser this weekend at O’Connor Brewing Company on Sunday, August 25 from 2:30-7 p.m.

After being in remission for two years, Nick’s blood cancer made a return.

“It’s hard, but when you know you have people supporting you, that are standing with you, it makes it much easier in a sense that you know you’re not alone.”

Agustin wants Nick to know that it’s going to be okay.

“Don’t get anxious. Take it one day at a time and pray.”

He also has some words for the community.

“Life is important, but we get busy running around like a dog chasing our own tails. Sometimes it ain’t worth it," he said.

To support officer Nick Johnson's GoFundMe, click here. You can also buy a 'support shirt' at this link.