Poll: Public’s view on the economy dips for the first time in Trump’s presidency 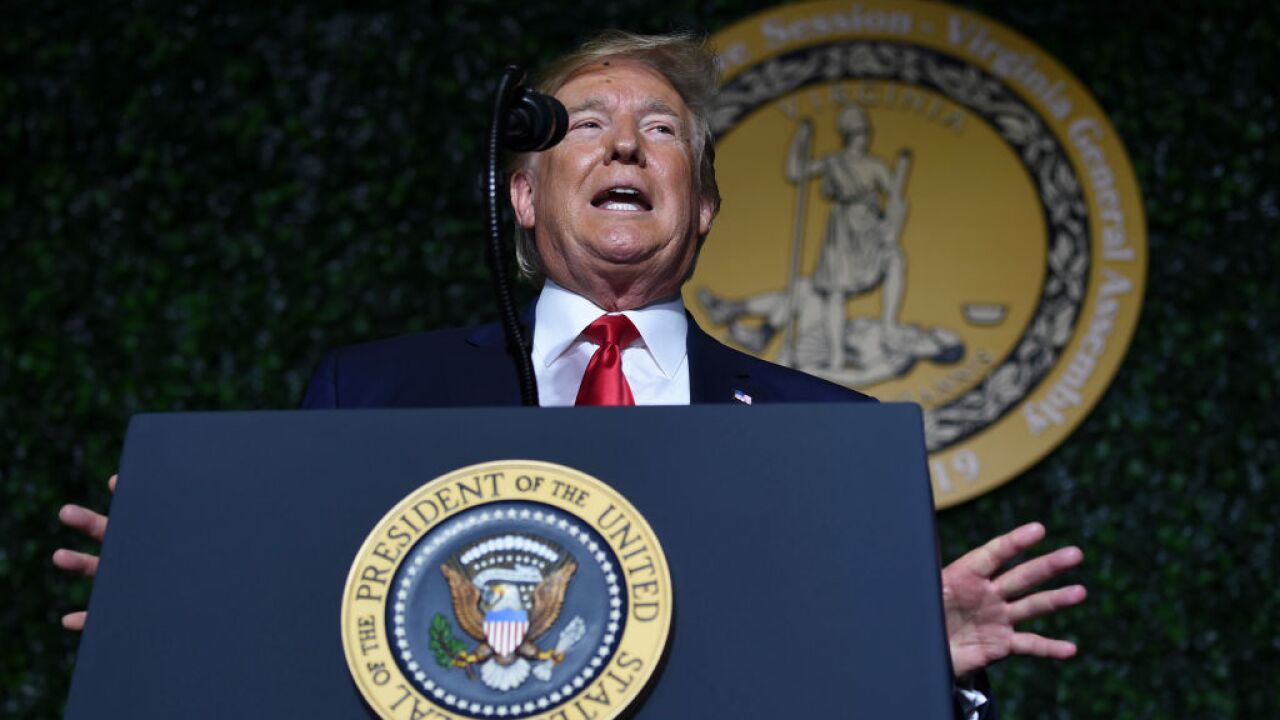 Almost two-thirds of Americans (65%) say current economic conditions are good, but that’s down since May, representing the first significant decline in public perception of the economy during Donald Trump’s presidency, according to a new CNN poll conducted by SSRS.

As some economic indicators are beginning to show warning signs of a looming recession, the public’s impressions of — and outlook for — the country’s economic conditions are starting to waver, but they remain mostly positive. The 65% of Americans who now say economic conditions are good represent a 5-point drop from the May CNN/SSRS poll.

The President’s overall approval has ticked down slightly. Forty percent of Americans approve of the job he’s doing, down from 43% in June. Most, 54%, disapprove.

A majority (56%) say they expect economic conditions to be good a year from now, 40% say they will be poor. That’s a less-rosy outlook than in December, when 66% said they expected a good economy in a year.

Overall, half of Americans say that economic conditions are good now and will continue to be good in a year (50%) and a quarter say that they’re poor now and will be poor in a year (26%). Of the roughly one in five people who see change happening, 13% say the economy is good now, but will be poor in a year, while 6% think things are poor now, but will improve in the next year.

Those shifts in outlook of the nation’s economy haven’t had much of an impact on perceptions of Trump, though.

Half of Americans approve of how Trump is handling the economy (50%), which has been steady for the last few months. Almost nine in 10 Republicans approve (87%), half of independents and 18% of Democrats.

The declining share who say that the economy is in good shape stems almost entirely from shifts among Democrats (down 7 points since May) and independents (down 6 points).

Trump’s approval on handling foreign affairs stands at 40%, while he receives a slightly lower rating on immigration (37%) and a significantly worse one on race relations (32%).

The President’s approval rating for handling race relations has dropped 7 percentage points since April. It is significantly lower among non-whites (18%) than among whites (40%), including ratings of just 18% approval among Latinos and 11% among black Americans.

The decline compared with April comes largely among whites (down 9 points while non-whites are about even), women (down 10 points vs. a 3-point dip among men), and independents (down 12 points vs. single-digit shifts among both Republicans and Democrats).

Trump’s approval rating for handling gun policy remains low in the wake of mass shootings in El Paso, Texas, and Dayton, Ohio. Around a third of Americans (36%) approve of how Trump is handling gun policy, the same as his rating in March of last year, after the shooting in Parkland, Florida.

Trump initially signaled willingness to support expanded background checks for gun purchases after the shootings, but has since toned down his support in public comments on the matter. The poll, however, suggests a broad appetite for stricter gun laws among Americans.

Still, Americans are less optimistic now than after Parkland that changes to gun laws will lessen the number of gun-related deaths in the country: Just 49% think tighter laws will have that effect, down from 56% in February 2018.

The CNN Poll was conducted by SSRS August 15 through 18 among a random national sample of 1,001 adults reached on landlines or cellphones by a live interviewer. Results for the full sample have a margin of sampling error of plus or minus 3.7 percentage points, it is larger for subgroups.