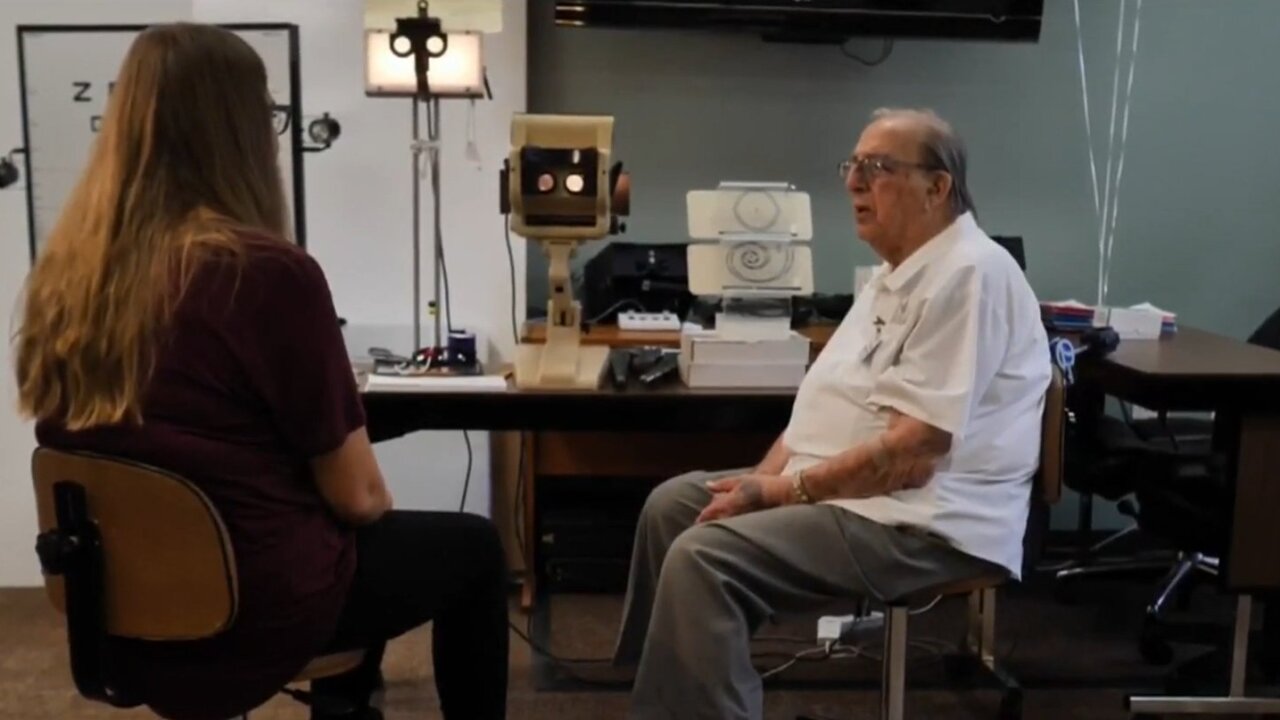 CHICAGO (WBBM) — A 100-year-old eye doctor is being honored for his work to make sure patients can see the world around them.

The suburban doctor had a private practice in Melrose Park for more than 50 years, and he’s still on the job at least twice a week in both Northbrook and Gurnee.

He prides himself on keeping up with the latest eye-related treatments.

“I enjoy doing it. I enjoy helping people,” he said. “There’s a certain satisfaction I get out of seeing a person enjoy reading where they didn’t enjoy it before.”

Nast is also a World War II veteran. He tells a story about playing cards with the people credited with developing the atomic bomb

That’s not his only brush with history. At 16, Nast became an Eagle Scout, and President Franklin Delano Roosevelt pinned on his badge.