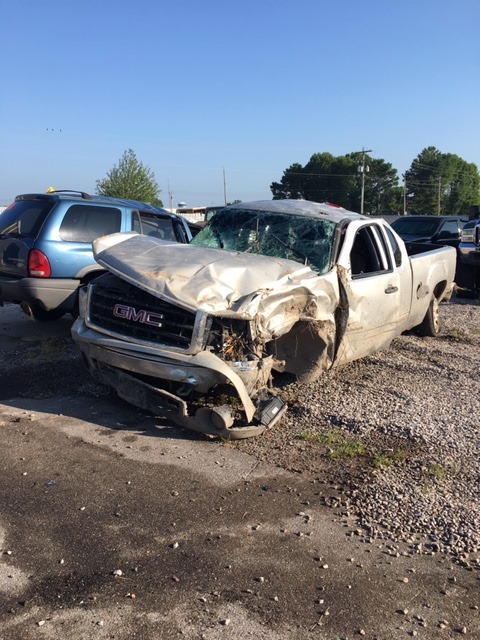 CAMDEN Co., N.C. – North Carolina State Highway Patrol has charged a teen and a store clerk after a single-vehicle crash in Camden County sent two young girls to the hospital.

On Saturday, August 17, State Highway Patrol responded to the crash involving a 2007 GMC pick-up truck on Country Club Road in Camden County. The driver of the vehicle, identified as 17-year-old Tucker Oliver, was speeding when he lost control, hit a ditched and flipped the vehicle multiple times into a homeowner’s yard.

Two of his passengers were hospitalized with serious injuries, but Tucker and the fourth passenger were checked and released on scene.

SHP contacted ALE after Tucker, who was underage, was found with alcohol in his system.

After ALE’s investigation, special agents found Tucker was able to buy alcohol from the Park N Shop #16, locally known as Olivet Lakes Mart, in Elizabeth City. The clerk, identified as 53-year-old Robin Turner of Elizabeth City, was charged with selling alcohol to someone under 21.

Tucker was charged with purchasing alcohol underage, giving alcohol to two underage individuals and two counts of aiding and abetting an underage person in obtaining alcohol.

Due to the severity of the passengers’ injuries, SHP charged Oliver with two counts of felony serious injury by vehicle, DWI, DWI provisional, exceeding safe speed, driving left of center, illegal window ting, failure to wear a seatbelt and open container of alcohol.

Oliver is due in Camden County District Court on September 23. A violation report for the Park N Shop #16 will be submitted to the ABC Commission and could result in fines, suspension or revocation of the store’s permits.