Emergency crews prepare for disaster if it strikes during air show

VIRGINIA BEACH, Va. - People on the landing strip at Naval Air Station Oceana in Virginia Beach were in distress, injured and in need medical help. At least, that's how they appeared, but the good news is it was a drill and they were role-playing.

The drill helped Virginia Beach and NAS Oceana emergency crews prepare in the event of a disaster during the station's Oceana Air Show.

"I’ve seen how difficult it can be for the professionals, for the gentlemen here and the ladies that work on base, and here in the city as first responders," Elmer Smith said.

Smith was one of the role-players. His role was to be an injured spectator needing emergency attention. He's no stranger to the drill: this was his third year role-playing.

"I said this sounds like a good thing and I wanted to help people in some way, so this is a good thing to do," Smith said. "Since our city is the home of Oceana, we have a lot of Virginia Beach residents coming out here." 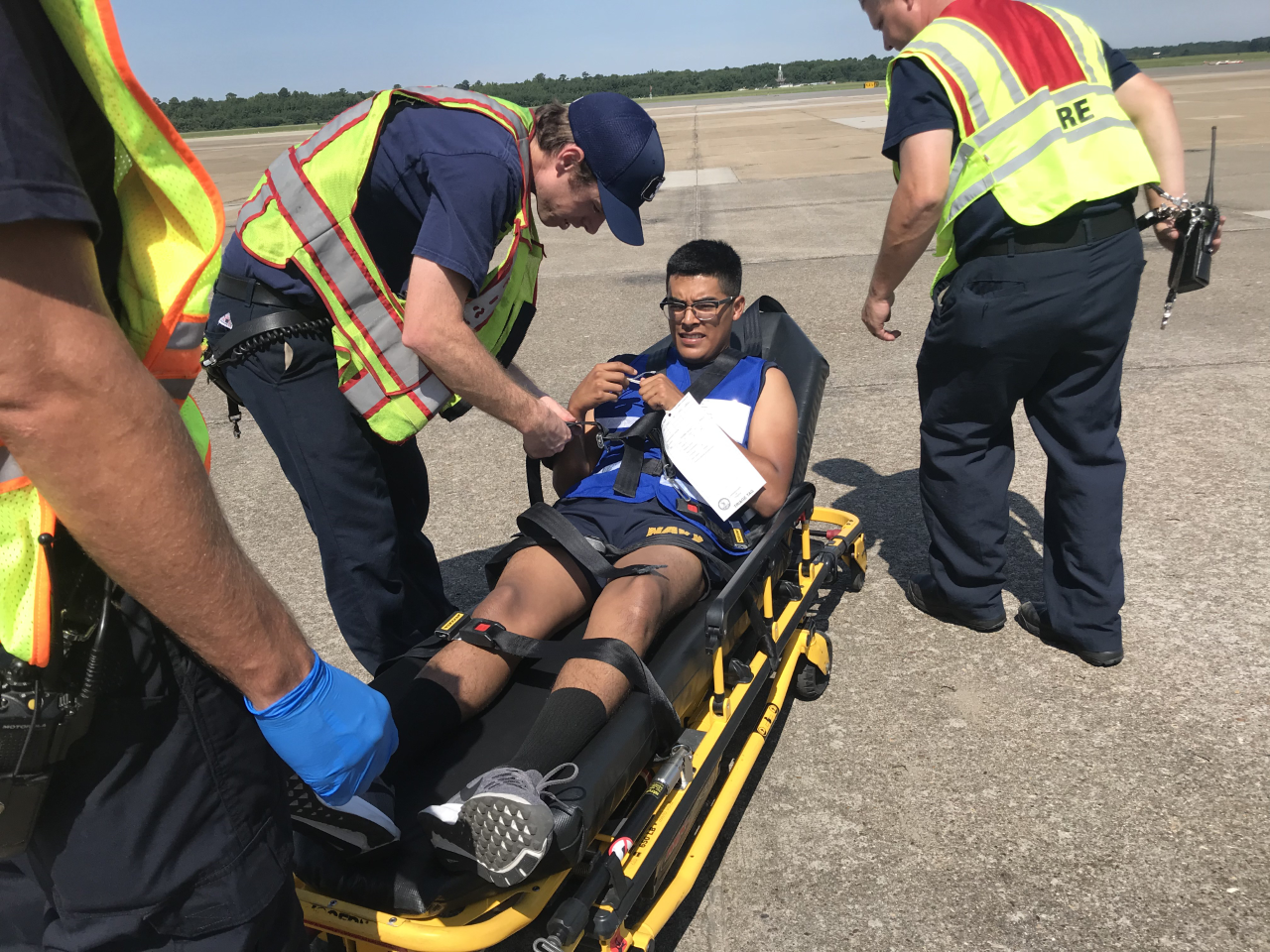 These drills have taken place for 10 years, bringing Navy and local emergency personnel together to make sure they're ready to work together during an emergency.

"The drill is a very important event for us. It's not only a rehearsal in case we have a mass casualty event at the air show, it really helps us work with the City of Virginia Beach," said Chad Vincelette, the commanding officer of NAS Oceana.

"It helps us partner together to manage a response whether it happened during the air show or even if it happens outside the fence line," added Virginia Beach Emergency Manager Erin Sutton. "We can work together so we're not trading business cards on the day of the incident."

Fire trucks and triages were set up along the air strip. Each role-player laid scattered along the concrete, where they waited to be treated by first responders. Some were carried away in stretchers and loaded onto vehicles to be checked out.

As for Smith, he said he looks to role-play again next year.

"If all things are okay, if my health is okay, if there’s nothing interfering with schedules, I'll be out here again next year," Smith said.

Sutton said there were roughly 40 to 50 role-players which consisted of civilians and military personnel.