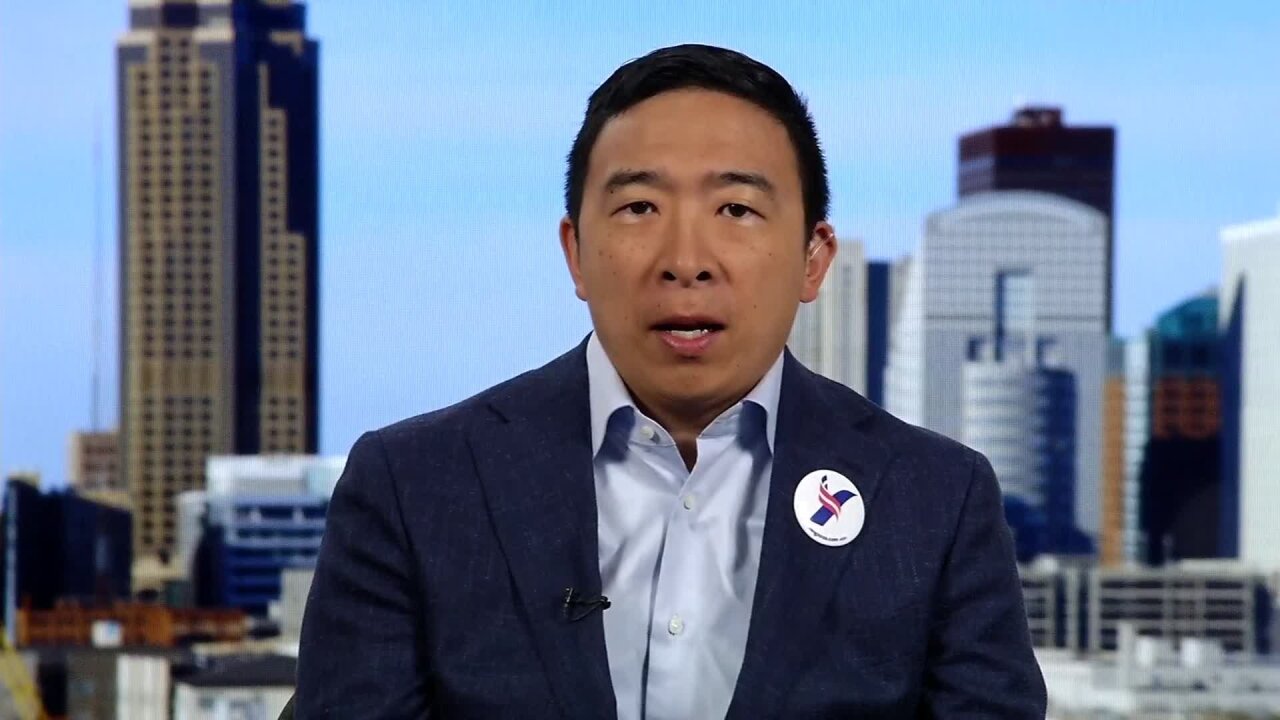 Yang, who has met the threshold to participate in the third Democratic primary debate in September, writes on his website that the US needs to move away from fossil fuels and upgrade the country’s infrastructure to build a “sustainable economy.”

He writes his plan would “move our people to higher ground,” and that the climate crisis is “already causing damage and death.” Yang calls on the US to be a global leader on the issue that is “destabilizing the world.”

The Democratic candidate warns of the dire threats of the global climate emergency, but also calls it a “massive opportunity” that can make the US the “center of a new global, sustainable energy sector” and create new jobs.

“We can save the world for our children, make the environment healthier, and build a much stronger economy,” he writes.

Yang also calls for research on removing carbon from the atmosphere, “cooling the planet and rejuvenating ecosystems.” He proposes passing a constitutional amendment “that creates a duty on the federal and state governments to be stewards for the environment.”

Yang’s climate plan comes as a devastating fire rips through the Amazon rainforest, which sparked international outcry over the state of the planet’s environmental health and the effects of climate change. After a G7 climate session, which President Donald Trump notably did not attend, French President Emmanuel Macron on Monday announced a $20 million emergency fund to help Amazon countries affected by the rainforest fires.

Related: Here’s what we know about the fires in the Amazon rainforest

A November US government report delivered a dire warning that the climate crisis will shrink the US economy and kill thousands. The United Nations Intergovernmental Panel on Climate Change released a report in October saying that governments around the world must take “rapid, far-reaching and unprecedented changes in all aspects of society” to avoid disastrous levels of global warming.

Yang, along with nine other Democratic candidates for president, has qualified for CNN’s Climate Crisis Town Hall, which will take place in September.

Yang has previously offered support for the vision outlined in the Green New Deal, the broad plan to address renewable-energy infrastructure and the climate crisis proposed by New York Democratic Rep. Alexandria Ocasio-Cortez. He has also expressed skepticism about how quickly its goals could be achieved.

The Democratic candidate has said he would ensure the US participates in the Paris climate agreement — a landmark 2015 deal on global warming targets that Trump has pledged to abandon — but argues that the agreement should do more to curb climate change.

Yang also previously said he would increase reliance on nuclear energy, making it easier for new nuclear plants to open, and has proposed a carbon tax and dividend along with a fee on imports “from countries that don’t impose a similar carbon fee,” his website says. He would also work to regulate carbon emissions and establish a tax on emissions that would fund certain “health care initiatives and research for respiratory diseases.”