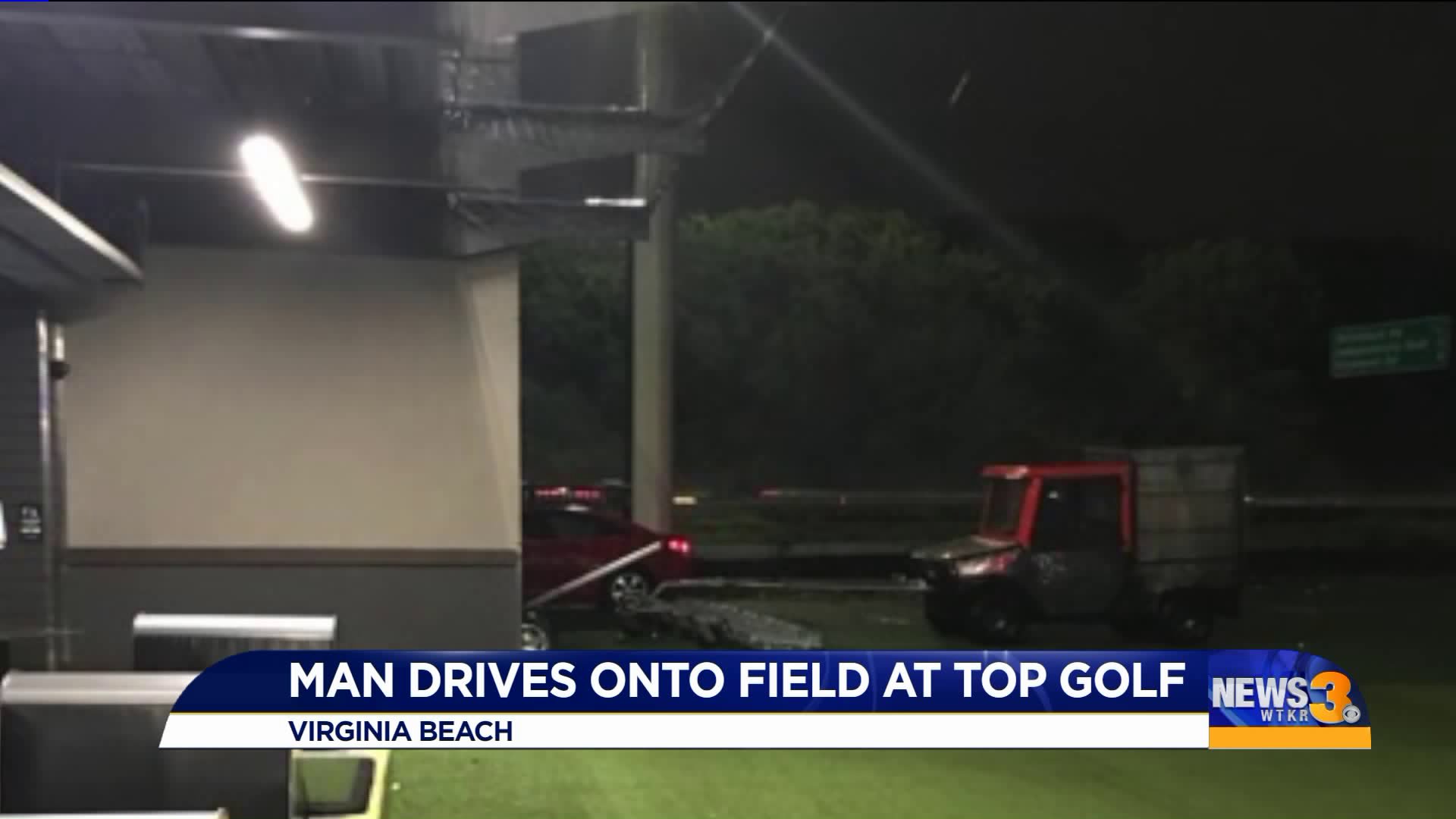 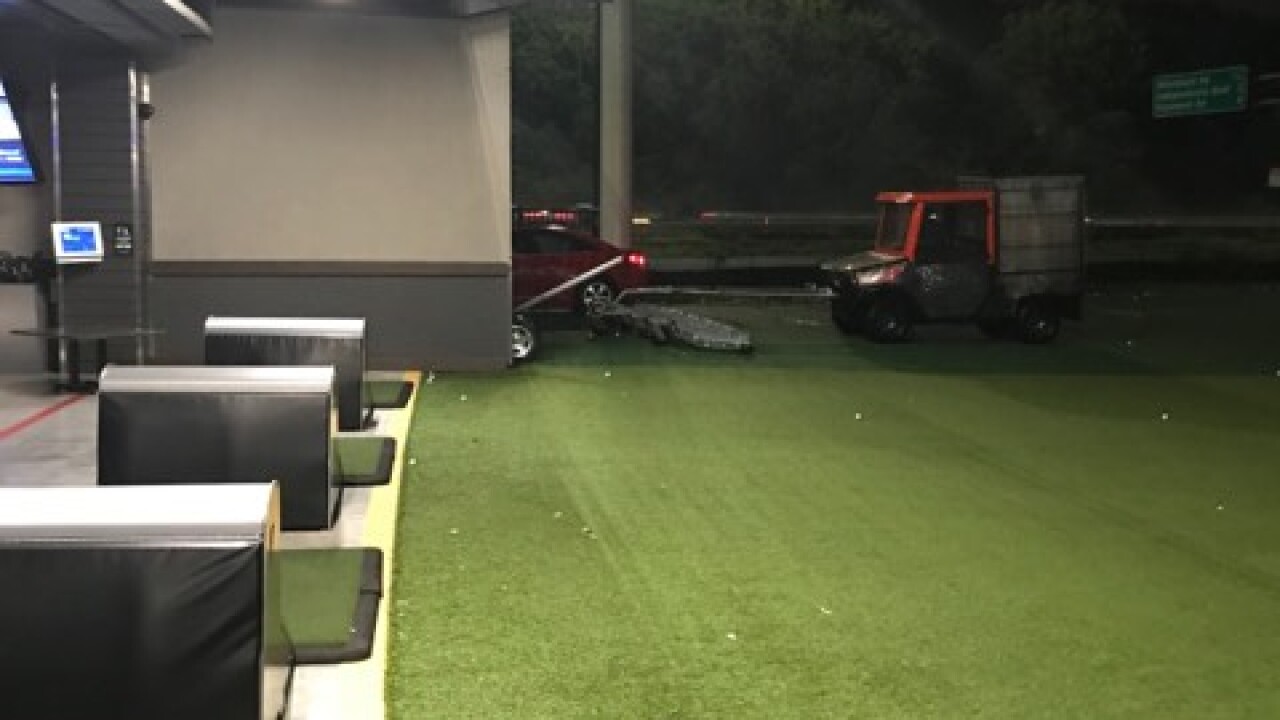 VIRGINIA BEACH, Va. - A man has been charged with DUI after he drove his car onto the playing field at Top Golf on Friday, according to police.

An employee called police at about 8:30 p.m. on August 23 to report a sedan driving on the playing field.

Police said it appears the driver had accidentally gotten on to the field and was trying to get off of it. 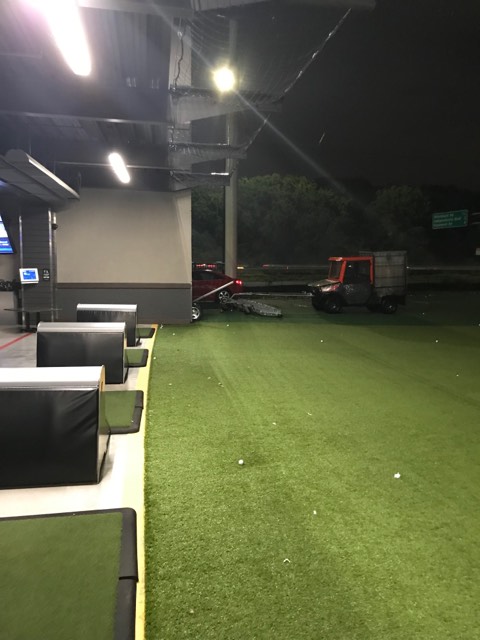 Casey Carter Browning of Richmond was arrested and charged with DUI. Police are also investigating destruction of property as netting was damaged.

News 3 reached out to Top Golf for comment, and we are waiting to hear back.