VIRGINIA BEACH, Va. - Oaktree Academy officials say they needed to start school more than a week later for students in the 7th-12th grade because of a mercury spill in a building they were renting.

“Before last week, we had no experience with dealing with mercury or mercury spills - I mean, who does?” said Principal Kevin Turley.

A mercury spill was a problem leaders at Oaktree Academy never thought they’d have to deal with, especially 24 hours before their open house for the start of the school year.

"It’s been challenging, sad... we have shed a lot of tears, but I’m totally trusting there’s a reason for it,” said Founder and Administrator Terri Turley, Kevin's mother. "We’re trusting God with everything, and we’re just moving forward.”

Officials say a teacher discovered a mercury spill under a metal shelf in a building they were renting last week.

Terri said they called the Virginia Beach Fire Department, which told them to contact a hazmat specialist team.

“My concern is those kids are going to be safe,” she said.

She said the equipment, desks, computers and supplies were also affected and possibly contaminated.

They needed to start from scratch and get new supplies. 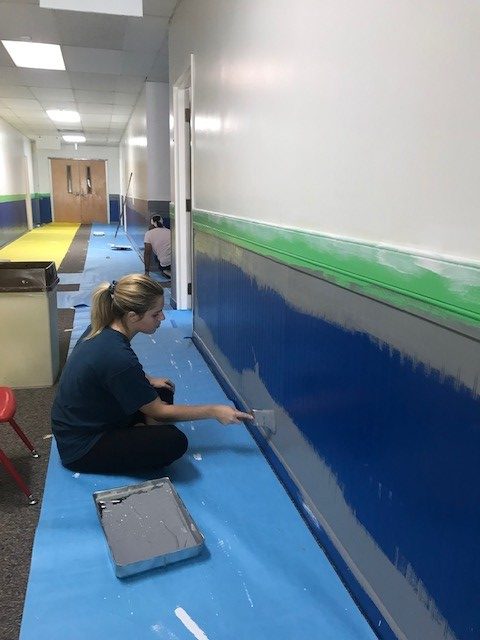 They said they were grateful to Kempsville Presbyterian Church after they allowed them to now house the students at their building. There are 92 students who have been impacted.

“We have a place to land. Kempsville Presbyterian Church has been gracious to give us classrooms, so we are not homeless,” said Kevin. “I’m actually very grateful - grateful that the mercury was discovered before I put any kids into the building - so our main concern is the health and safety of our children.”

We reached out to the owners of the building and are waiting to hear back from them.

“The community has really rallied around us. Anything that anybody can do, we’re grateful for,” said Kevin.

Click here to donate to the GoFundMe for the school.