The gift of life: How one hour changed a Norfolk biologist’s life forever

HAMPTON, Va. - You never know who you may cross paths with in a single day that could change your life forever.

Such is the case for Carissa Agnese, a biologist with the Norfolk branch of the Army Corps of Engineers.

"We were walking around the property talking and he noticed my dialysis port," said Agnese.

It was last June on Langley Air Force Base during a site visit.

One hour is all it took for Agnese's life to be forever changed.

But Dan Porter, who met Agnese that day by sheer happenstance, felt compelled to help the single mother, who suffers from polysistic kidney disease and does home dialysis every day for three hours.

"I just thought, 'I have a kidney - I can help this woman.' There were too many things that fit together," said Porter.

So, last June, the duo started out with a series of tests to see if they were a match. But, it wasn't that easy.

"Later in the screening, we found out that Carissa's blood was attacking mine, and it wasn't a match," said Porter. "So, we decided to do the paired exchange."

The paired exchange is when two or more people who have incompatible kidneys exchange with another incompatible pair. It allows for recipients like Agnese to receive a better match. 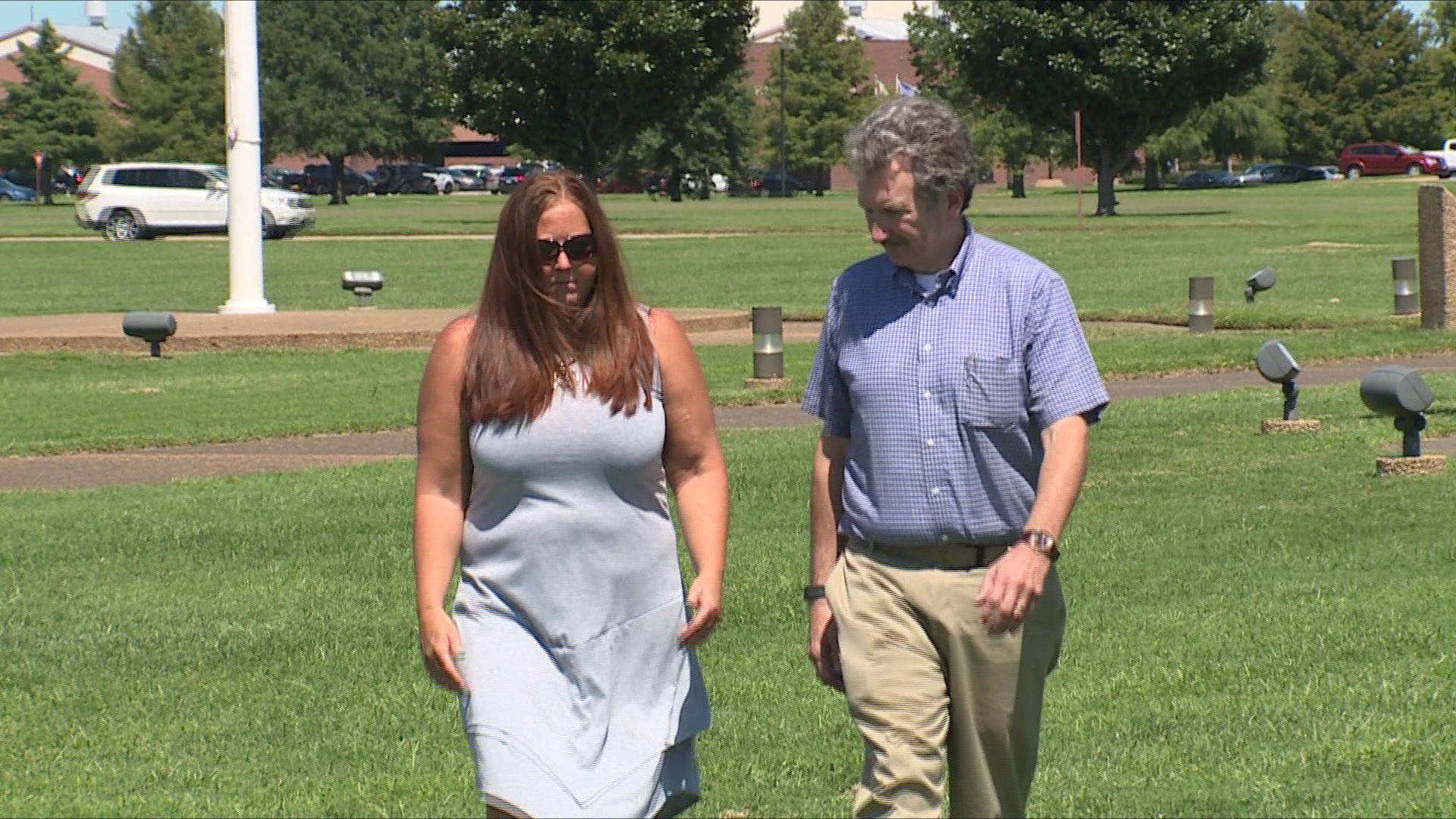 Related: Virginia Beach man thankful for kidney transplant and his 'angel on Earth'

"So, they tell us we will likely have to wait close to a year," Porter explained. "Well, then after we entered our information into the system, we got a phone call: After six hours and 45 minutes they had found matches."

Porter was proceeding with donating his kidney regardless, even though Agnese was no longer the recipient.

"It wasn't so much that I was gonna help someone else; it was to get her matched with donor. Why not save someone's life if you can?" said Porter.

On July 25 of this year, they both went into surgery at the University of Virginia.

"He is a hero that has helped so many people, and I tell him, 'I might not have your kidney, but you will always be a part of me and you're the one,'" said Agnese.

Due to this program, Porter ended up donating his kidney to someone in Wisconsin, and Agnese received a kidney from someone in Minnesota, totaling six pairs of donors and recipients.

"I'd do it all over again in a heartbeat if I could," said Porter.