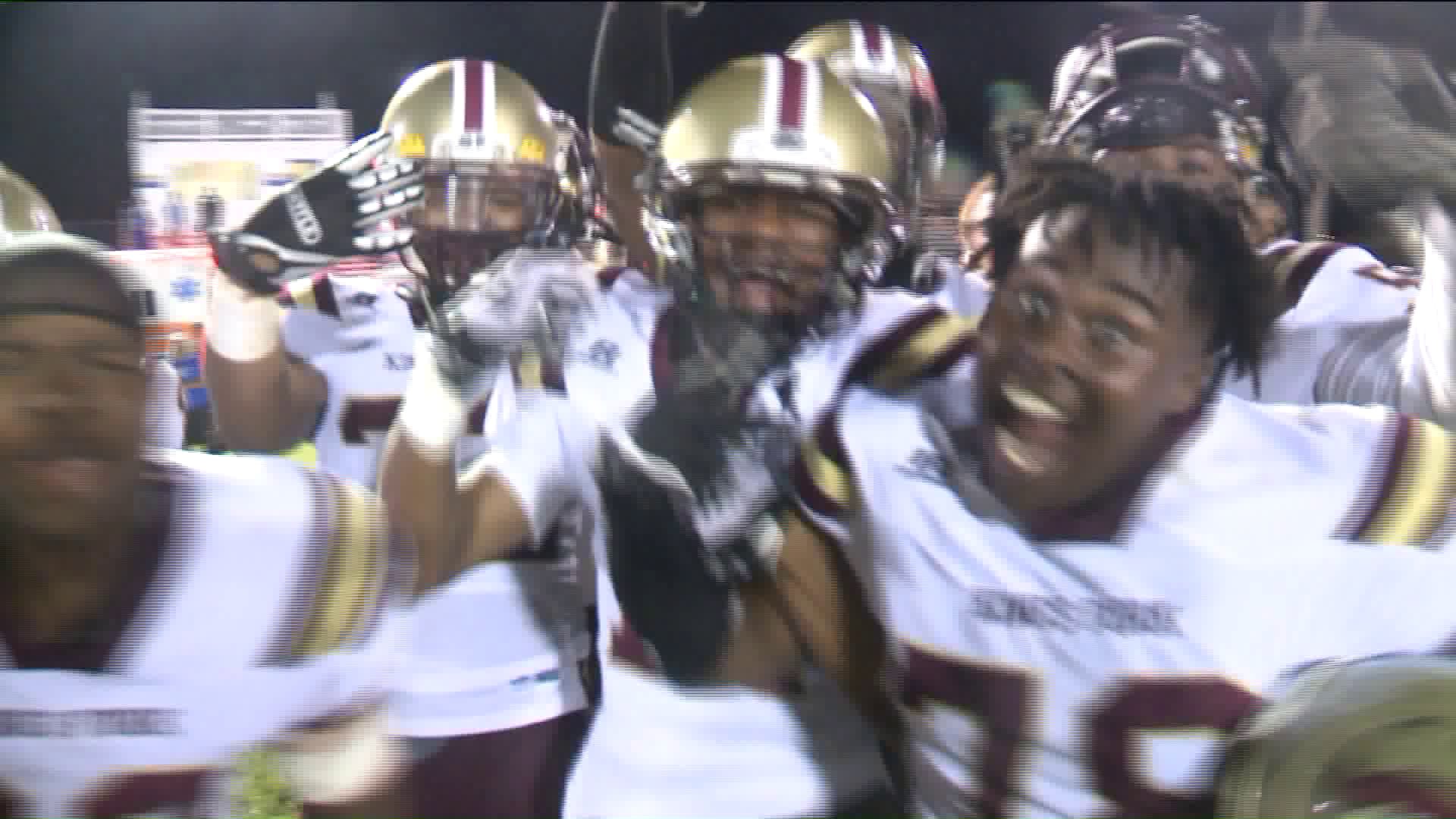 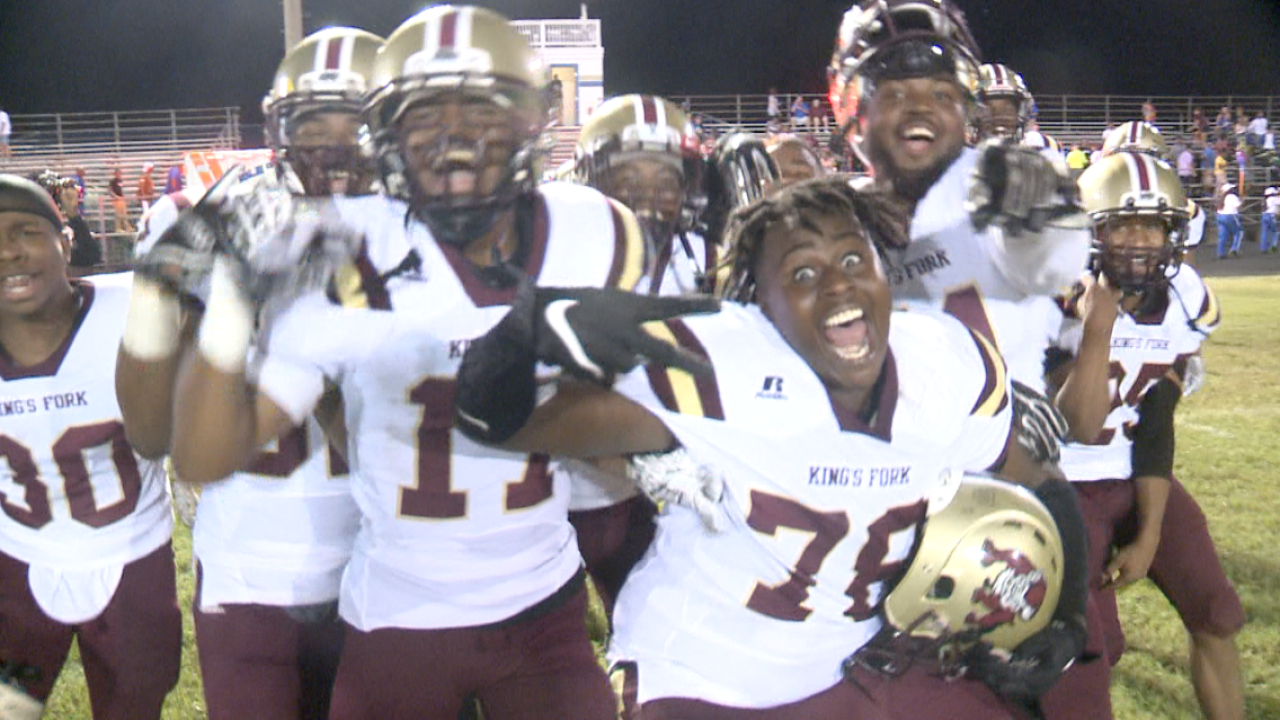 SMITHFIELD, Va. - The high school football season has just begun, but we already got to watch a rivalry matchup.

King's Fork High School traveled to Smithfield High School to face off in what's known as the "Battle of Route 10," due to the short drive down State Route 10 that separates the two.

It was the Packers who got the scoring going early in front of their home crowd. Just ten seconds into the game, Jaquan Williams intercepted a Leontae Johnson pass intended for Bravion Campbell. He took it all the way and Smithfield went up 7-0.

The momentum wouldn't remain with the Packers, though.

King's Fork would score at the start of the second quarter to give itself a 10-7 lead, then go on to score 14 unanswered points for a 24-7 victory.

"It's that fun, fast and ferocious motto," Bulldogs head coach Kermit Buggs said. "We want to keep it fun, we want to keep it fast and at times we want to be ferocious. We didn't flinch tonight, like we always talk about. After the pick-six we came back and battled, and I love the way they came together."