Hurricane Dorian is finally crawling away from the Bahamas, leaving terrible damage 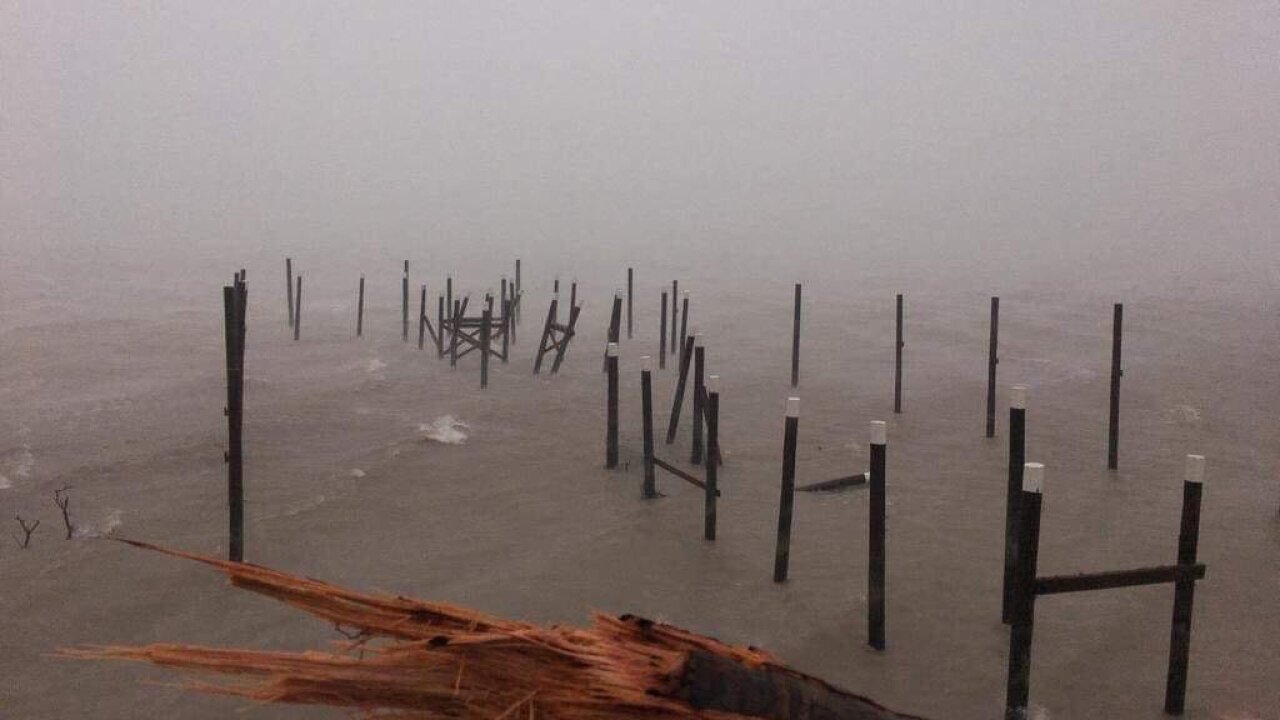 Hurricane Dorian was finally inching away from the northern Bahamas after lingering over them for days, leaving catastrophic flooding and damage as it pounded the same areas over and over at an excruciatingly slow pace.

Dorian — now a Category 2 storm with maximum sustained winds of 110 mph — was growing in size late Tuesday morning, with tropical-storm-force winds now extending up to 175 miles out. Its winds and outer rain bands already are hitting parts of Florida’s Atlantic coast, which will feel more of the storm over the coming two days.

Still, Dorian’s eyewall was carving up parts of Grand Bahama even as it crawled away Tuesday. Since it smashed into the Abaco Islands as a Category 5 storm on Sunday, it has knocked homes to the ground and flooded streets in the northern Bahamas, claiming the lives of at least five people since the weekend, including an 8-year-old boy. 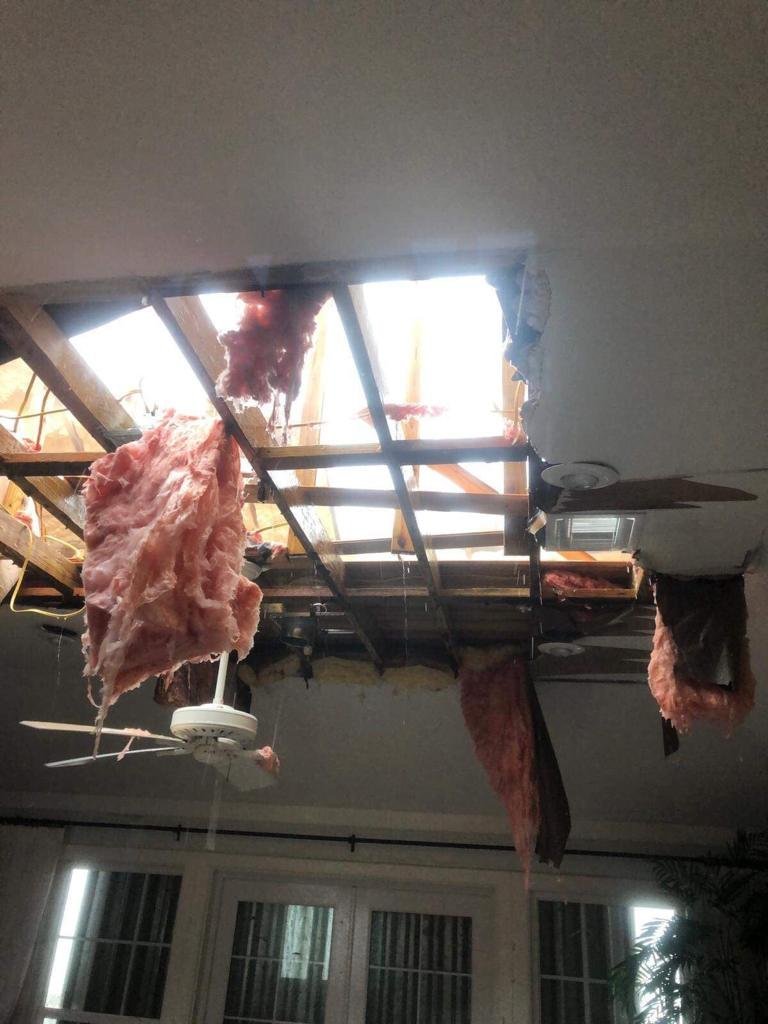 “Whatever you can send, we’ll take it, because we are in trouble,” he said.

Dorian — the strongest hurricane ever to make landfall in the Bahamas — moved only 30 miles in 30 hours from Monday into Tuesday, mercilessly raking the same areas with destructive storm surge and winds.

By 11 a.m. ET Tuesday, Dorian finally was heading slowly to the northwest. By the time the storm moves away, parts of the Bahamas will have received more than 30 inches of rain, forecasters said.

Dorian no longer is expected to make landfall in Florida, but coastal residents there will still feel its impact, CNN meteorologist Robert Shackelford said.

“Widespread tropical storm force gusts, heavy rain and heavy storm surge are still in the forecast for the Florida coast for the next couple of days,” all of which can lead to power outages, flooding and other disasters, Shackelford said.

Rains capable of flooding regions of the US Southeast and lower mid-Atlantic will continue through Friday, with parts of Florida’s and Georgia’s Atlantic coasts set to receive 3 to 9 inches of rain, the weather service said.

People are trapped on their roofs, lawmaker says

Video and witness accounts from the Abacos and Grand Bahama reveal utter devastation there: Buildings ripped apart and flooded, boats pushed ashore or sunk, and cars carried away by rushing floodwater. About 73,000 people live on those islands, mostly in and around the city of Freeport.

Lewis, the Bahamian lawmaker, told CNN that when he toured parts of Freeport on Tuesday morning, he saw a couple houses that had lost their roofs.

“People standing outside, just stunned,” he said. “But we have more water damage than wind damage right now. And even persons on high ground that need to be rescued, they’re trapped on their roofs, in the attic space, and we cannot get to them.”

On Monday, Lewis captured video showing Freeport’s main airport mostly underwater — a virtual lake lapping up against the windows of the building Lewis was standing in. The video was shared on Twitter by Florida state Rep. Kionne McGhee.

A family takes shelter in what’s left of a church

On Man-O-War Cay, Gina Albury and 11 other people — including her husband and four children — were sheltered Tuesday in what’s left of a church, with no electricity. The top floor was destroyed — as were Albury’s home and many other buildings on the island, said Albury’s sister, Kate Racer-Russell.

“All the boats in the harbor in Man-O-War Cay (sank), including all the ferry boats,” said Racer-Russell, who lives in Florida and was relaying Albury’s account to CNN. “Only two people have a (satellite) phone on that cay, and that’s the only reason why I know my sister and her family are alive and well.”

The family intended to leave before the storm, but their boat engine failed. Racer-Russell said she’s heard that helicopter crews intend to deliver supplies to the cay Thursday or Friday.

“I hope they can hold out,” Racer-Russell said.

Racer-Russell also has other relatives taking shelter in Marsh Harbour, a badly flooded city on Great Abaco. Her husband’s brothers were staying in an attic, because the ground floor was inundated, she said Tuesday.

One of her brothers-in-law, Bryce Russell, sent a photo showing his truck nearly submerged, with only the top showing.

One resident from Marsh Harbour told CNN he saw people walking in waist-deep waters and saw a house that had flipped over.

Winds were ‘the worst thing on Earth’

In Freeport, Michael Hynes, 33, said told CNN he spent Sunday night and Monday night sheltering inside his office at the Bahamas Industrial Technologies building, along with his two brothers, their friend and five dogs.

His office wasn’t flooded, but from an elevated perch he recorded a video, shared to Facebook on Tuesday, showing vast flooding in the city.

There’s no water service in the building, he said, though he had bottled water, and he estimated a generator there could provide power for four days.

“We are OK but a lot of people aren’t,” Hynes said. He said Dorian’s winds had been “the worst thing on Earth.”

“Have you ever been in a hurricane? If yes, then it was twice as bad,” he said. “It’s a constant train sounding-like noise for the past 30 or so hours.”

Dorian kills at least 5 in the Abaco Islands

McIntosh’s 31-year-old daughter found the boy’s body, she told the Bahamas’ Eyewitness News. She says her granddaughter is also missing.

“I just saw my grandson about two days ago,” McIntosh said. “He told me he loved me. He was going back to Abaco, he turned around and said, ‘Grandma, I love you.'”

Bahamian officials said Monday it was still difficult to assess the number of casualties amid the dire conditions.

“It’s not safe to go outdoors,” Bahamian Foreign Affairs Minister Darren Henfield said. “Power lines are down. Lamp posts are down. Trees are across the street. It is very dangerous to be outdoors.”

Bahamian Prime Minister Hubert Minnis said Monday night that many homes, businesses and other buildings have been destroyed or heavily damaged, calling the devastation “unprecedented and extensive.”

“We pray for their safety and will provide relief and assistance as soon as possible,” he said.

Dorian’s slow pace traveled the 2nd shortest distance in 24 hours by a major hurricane (Category 3 and above) since modern record-keeping began in 1850, according to Colorado State University researcher Philip Klotzbach.

US Coast Guard helicopter crews flew to the Abaco Islands on Monday, picking up 19 patients from a Marsh Harbour clinic and evacuating them to Nassau for further treatment, Coast Guard Rear Adm. Eric Jones told CNN on Tuesday. The crews also dropped off a doctor and several medics at Marsh Harbour.

Three Coast Guard cutters were preparing Tuesday to go to the affected islands to provide more help once the seas calmed down, Jones said.