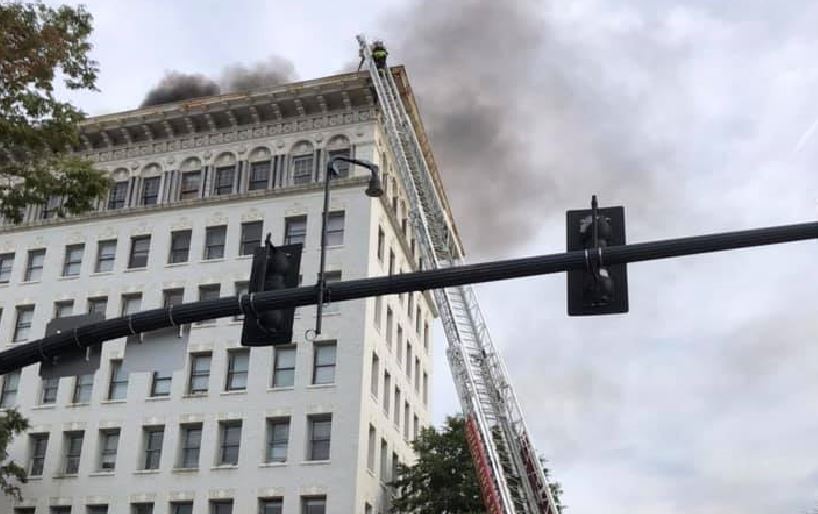 SUFFOLK, Va. – Firefighters in Suffolk Wednesday morning responded to a fire at a high-rise building in the city around 9:30 a.m.

The fire at the building located on the corner of West Washington Street and North Main Street created smoky conditions.

Officials said that flames could be seen coming from the 10-story landmark building when it was first reported to city dispatch.

Battalion Chief William Kessinger said that the fire was contained to the roof, however, the 7th floor sustained water damage and several floors sustained smoke damage.  The building is being ventilated at this time.

Suffolk Fire & Rescue crews worked to make sure all residents of the high-rise building were safe, checking each floor and evacuating the building.

The cause of the fire is not known and no injuries have been reported at this time.