A waterspout off Emerald Isle. This was around 9 AM, Bogue Inlet Pier courtesy @surfline #dorian Please seen an interior room if you are under a Tornado WARNING along the Crystal Coast! pic.twitter.com/Fw0RRrw6ZJ

Getting some pictures into the office of the damage in Emerald Isle, NC caused by a tornado around 9 AM this morning. We thinking of those that have suffered damage. PLEASE have multiple ways to receive warnings the next 24 hours! pic.twitter.com/UbU68ww4V4 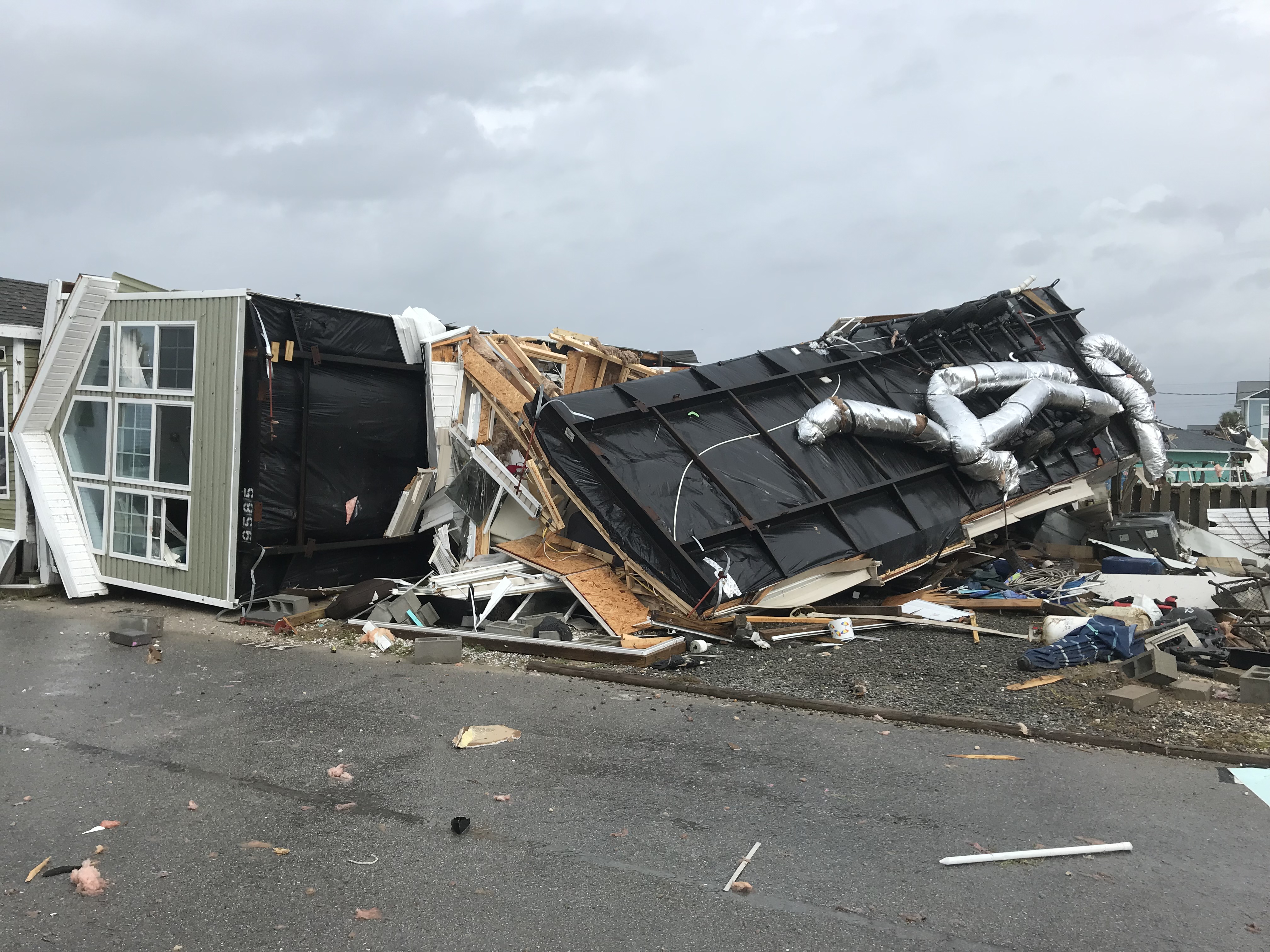