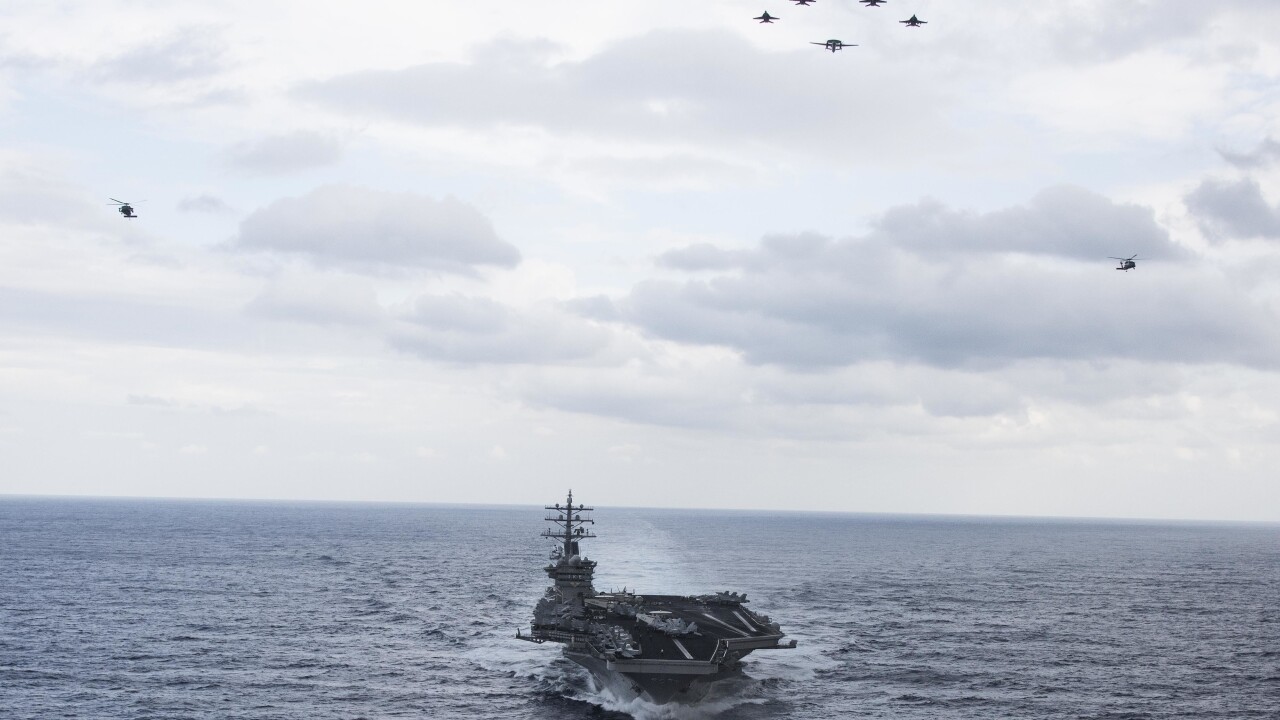 NORFOLK, Va. – U.S. 2nd Fleet ordered nearly 30 ships and 120 aircraft to return to Hampton Roads Saturday, following an assessment from the U.S. Coast Guard that the port is safe for maritime operations.

“After the storm, the Coast Guard and our port partners worked quickly to reconstitute the Port of Virginia,” said Capt. Kevin Carroll, Commander, Coast Guard Sector Hampton Roads. “This port is critical to commerce in the Commonwealth and throughout the U.S., but it is even more important for our national security as home of the world’s largest naval base.”

The decision to return Navy assets to their homeport follows thorough inspections of piers and airfields prior to opening for operations.

Vice Adm. Andrew Lewis, Commander, U.S. 2nd Fleet ordered the ships and aircraft to transit away from Hurricane Dorian’s potentially dangerous high winds and seas Sept. 3 in order to reduce the risk of damage to ships, aircraft and piers during high winds and seas. The ships diverted to a location at sea designated as a safe haven to wait out the storm, while the aircraft were hangered or relocated to bases away from the storm’s affected areas.

“I am very proud of our port and air operations teams, our installation leadership and support staffs, and our civilian workforce who have been working through the night to ensure our bases, piers and airfields were ready to receive the fleet back at their respective homeports after the storm passed,” said Rock. “We are very fortunate Hurricane Dorian had minimal impact on our personnel, bases and infrastructure. We continue to think of those who work to recover from the storm’s strongest effects.”

An Order to Account (OTA) was issued Friday, that applies to all active duty, reservists, Department of Defense civilian employees and dependents who reside in the following areas:

Counties within the State of North Carolina:

Counties within the Commonwealth of Virginia:

Counties within the State of Maryland: