After two years away, the USS Wasp will be back in Norfolk on November 18 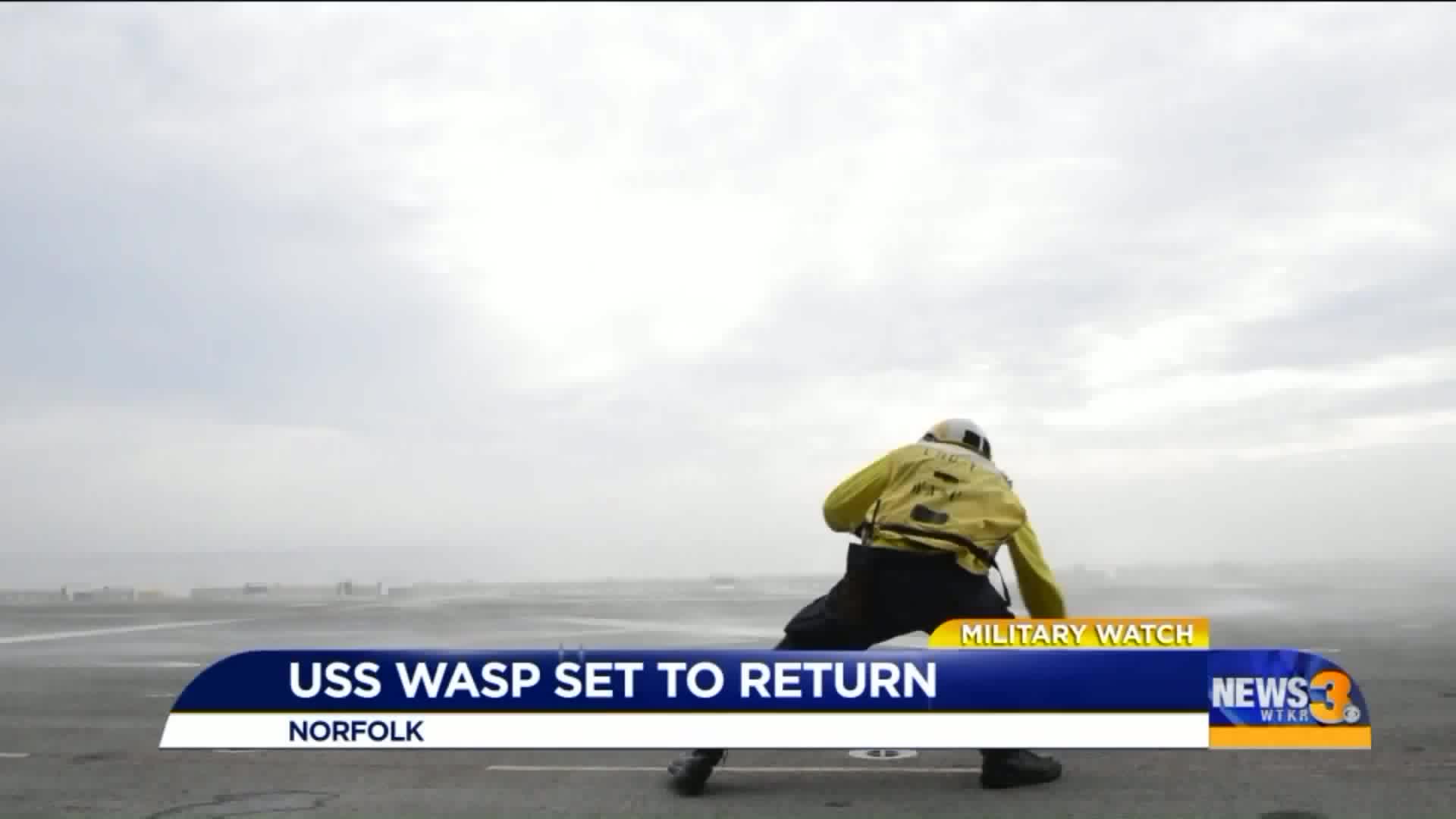 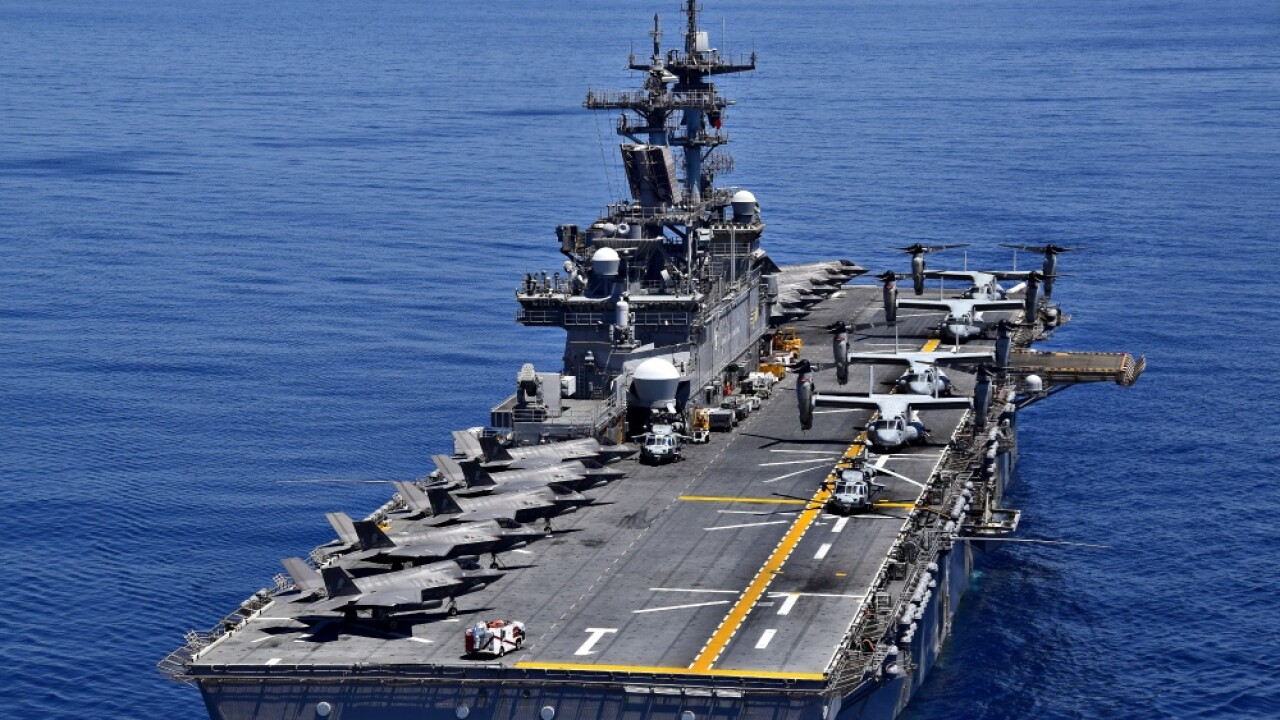 NORFOLK, Va. - After leaving Hampton Roads two years ago to become forward deployed in Japan, the USS Wasp is moving back to Naval Station Norfolk.

The Navy says the ship will arrive at Naval Station Norfolk on November 18 after leaving the 7th Fleet operational area in early September as part of the  shift to Hampton Roads.

The Wasp arrived in the 7th Fleet in January of 2018 after leaving Norfolk in August 2017 to assume duties as the forward-deployed flagship of the U.S. Navy's amphibious force  in Japan.

When the announcement of the original homeport shift was made, economists at Old Dominion University told News 3 the loss of the Wasp could cost Hampton Roads $200 million over two years.

Craig Quigley, Executive Director of the Hampton Roads Military and Federal Facilities Alliance, says there will be an economic and social impact with the Wasp returning.

"All of them you know rent apartments, buy pizzas, buy new shirts in local stores, buy cars, things of that sort," he explained.

"You’ve got hundreds of families to get back into the community, to be welcomed by their Hampton Roads neighbors and become part of PTAs and local church groups and synagogues and all of that," Quigley added to News 3 anchor Todd Corillo.

While in Japan, the Wasp made history as the first ship to deploy with the F-35B, the Marine Corps version of the Joint Strike Fighter.

"The performance by the Wasp crew has quite simply been superb,” said Commander, Expeditionary Strike Group 7, Rear Admiral Fred Kacher in a Navy release. “Over the last two years, no ship in the Navy has been asked to do more than USS Wasp and the ship delivered in every way. The officers and crew rose to every challenge and we could not have asked for a better flagship to operate in the most important and dynamic area in the world.”

The ship also hosted President Donald Trump during his visit to Japan earlier this year.

The Wasp is set to be replaced in Japan by the USS America, which had been homeported in San Diego.