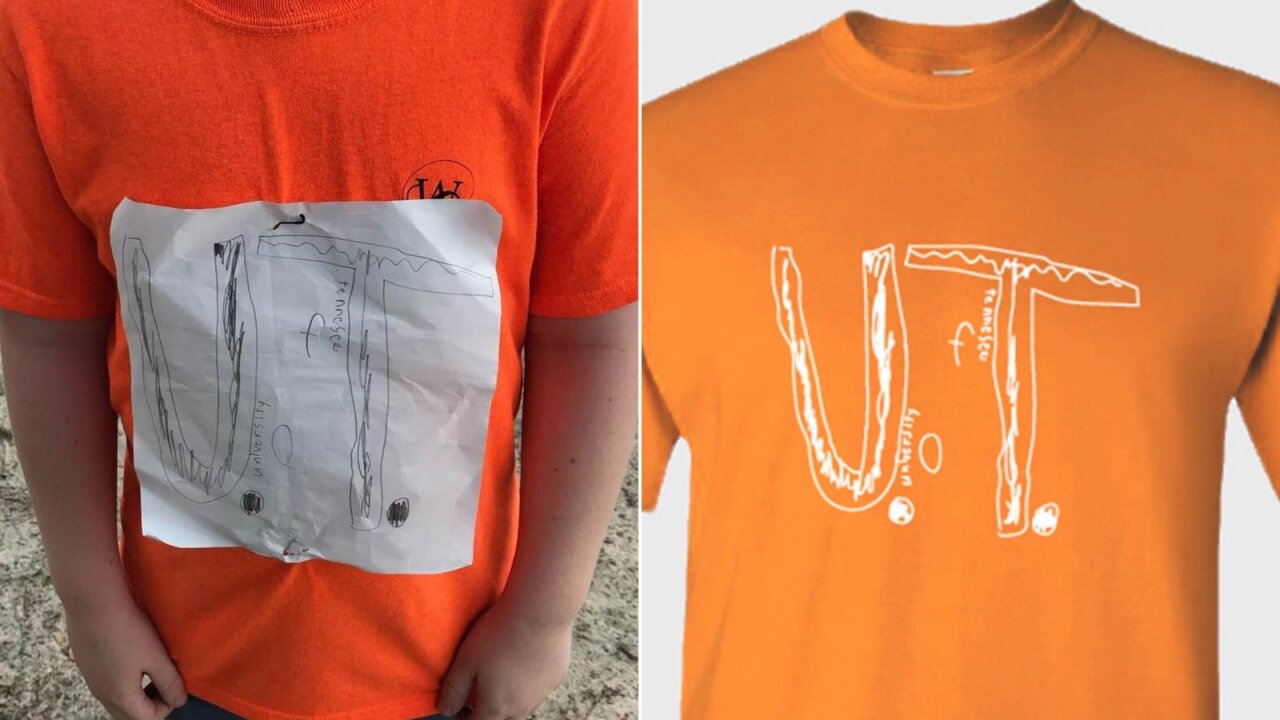 The campus bookstore has gotten more than 16,000 pre-orders for the “College Colors” shirt since it started selling them last week, University of Tennessee Director of Media Relations Tyra E. Haag said in a statement. Demand was so high that the store’s website crashed over the weekend.

The university is not profiting from the $14.99 shirts, Haag said. It costs $7.50 per shirt to print and the rest of the money will be donated to the charity Stomp Out Bullying, Haag said.

The shirt was designed by a Florida elementary student, who loves Tennessee football, but didn’t have a shirt to wear for his school’s college colors day. The boy drew his own version of the UT logo on a piece of paper and pinned it to an orange T-shirt.

His teacher wrote in a Facebook post that’s been shared more than 10,000 times that the boy was devastated when other kids made fun of the shirt he was so proud of.

The university sent a box full of shirts, hats, pens, water bottles and other UT goodies that the boy shared with his classmates, the teacher said.

Smokey, the University of Tennessee’s costumed mascot, wore his own homemade paper logo in a video posted over the weekend thanking the boy for his support.

Fans also painted the logo on “The Rock,” a landmark on the university’s Knoxville campus.

“As the Volunteers, the University of Tennessee believes in putting others before ourselves. We’re so glad we were able to support this student, put a smile on his face and bring more orange into his life. In the true spirit of UT, alumni, fans and honorary Volunteers around the world have stepped up,” Haag said in a statement.

The boy has not been identified, but he will have plenty of University of Tennessee gear to wear on September 21, when the team comes to Gainesville, Florida, to play the University of Florida.