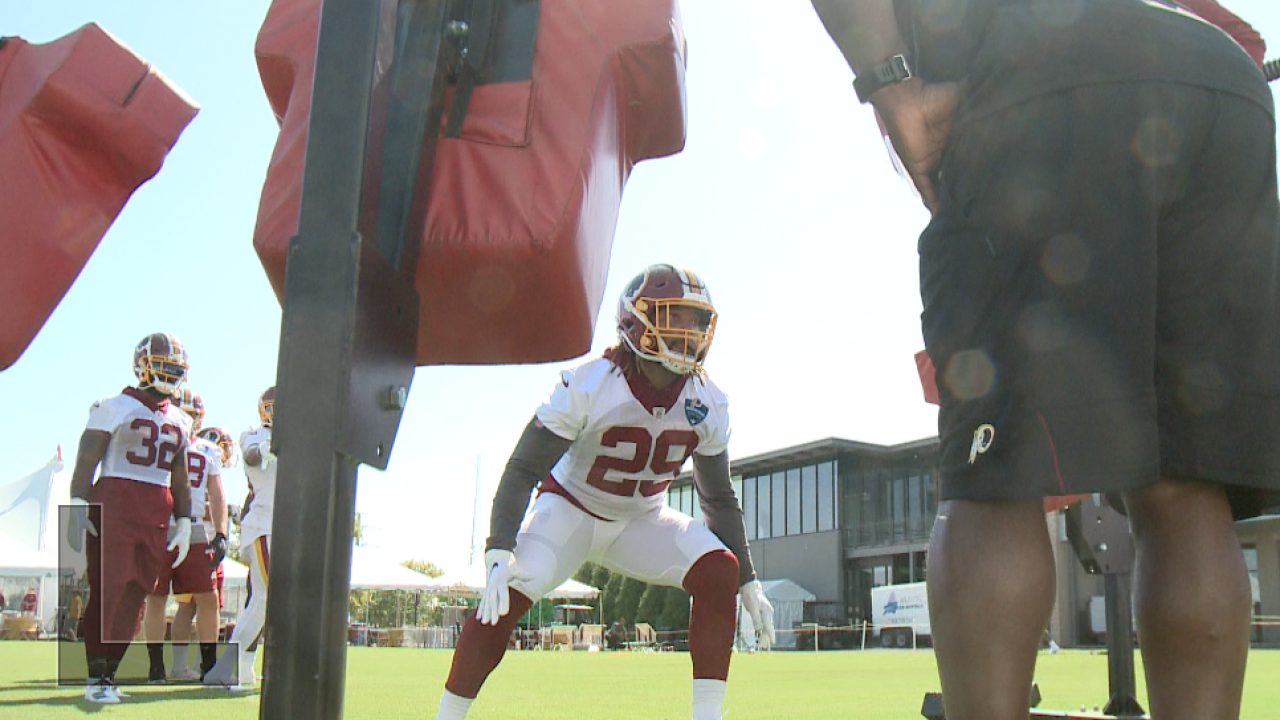 LOUDOUN COUNTY, Va. – Since being selected in the second round of the 2018 NFL Draft, Redskins running back Derrius Guice has appeared in one NFL regular season game. He’s now been placed on Injured Reserve twice.

Friday, Washington put its second-year running back on IR after he underwent a procedure to repair the meniscus in his right knee. Caleb Brantley (foot) is also on Injured Reserve, the team announced Friday.

“I don’t have a concern with [Guice] getting back to full strength,” Redskins head coach Jay Gruden said Thursday. “He came back extremely strong with the much more damaged knee last time. This is a minor procedure from what I’ve been told and he will be back. Great kid, works extremely hard, and eventually he’s going to show Redskins nation what he’s all about.”

Per NFL rules, players placed on IR are able to return to the active roster after eight weeks. This means the Redskins could activate Guice and Brantley during their bye week in Week 10. Both players would then be able to play the next week against the New York Jets on Nov. 17. Teams are only able to bring two players off IR per year.