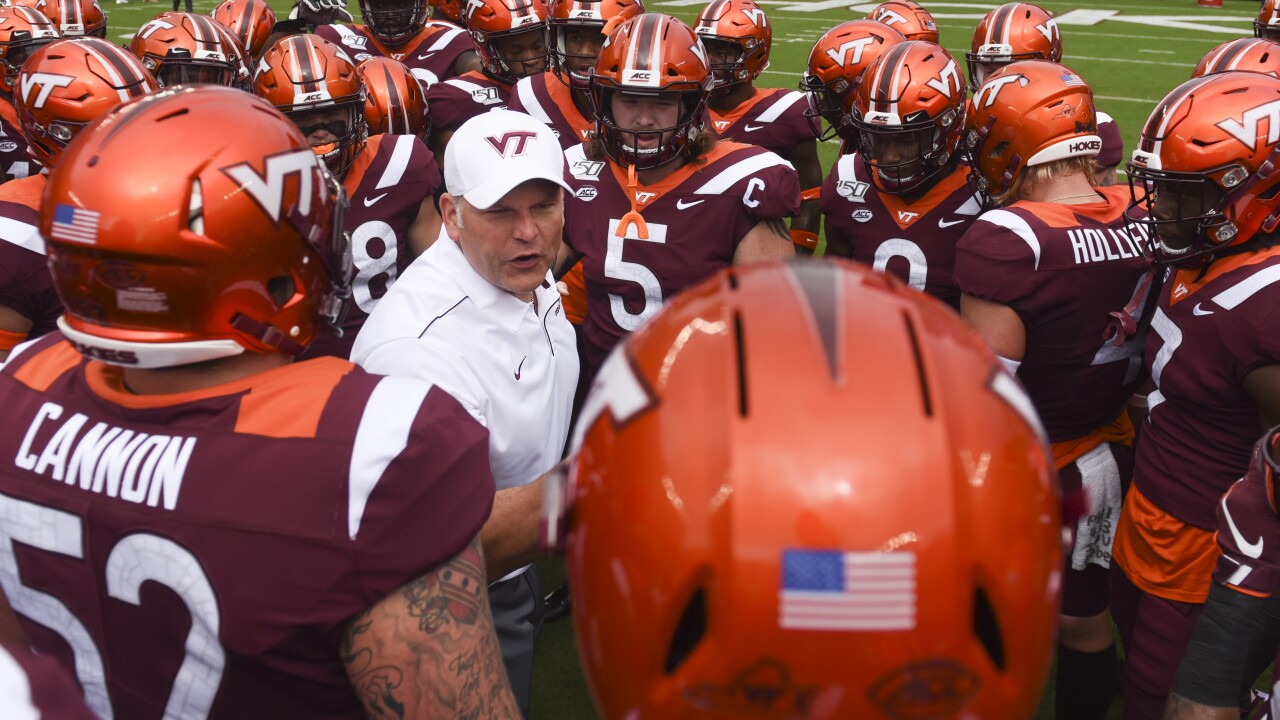 Adrian Hope #81 of the Furman Paladins celebrates his sack against the Virginia Tech Hokies. (Photo by Michael Shroyer/Getty Images)

BLACKSBURG, Va. – In the first half of Virginia Tech’s matchup with Furman, the Hokies shocked people… and not in a good way.

After putting up three points in the first quarter, Furman responded with 14 unanswered points in the second quarter to take a 14-3 lead into the half.

Heading into the third quarter, the Hokies relied on the running game. After just 46 yards rushing in the first half, Tech added 181 yards on the ground in the second half.

The Hokies would score two rushing touchdowns and a passing touchdown to take the lead, and limit Furman to a field goal in the fourth quarter, going on to win it 24-17.

Next up for the Hokies (2-1) is home game against Duke on Friday, while the Paladins (1-2) host Mercer next Saturday.