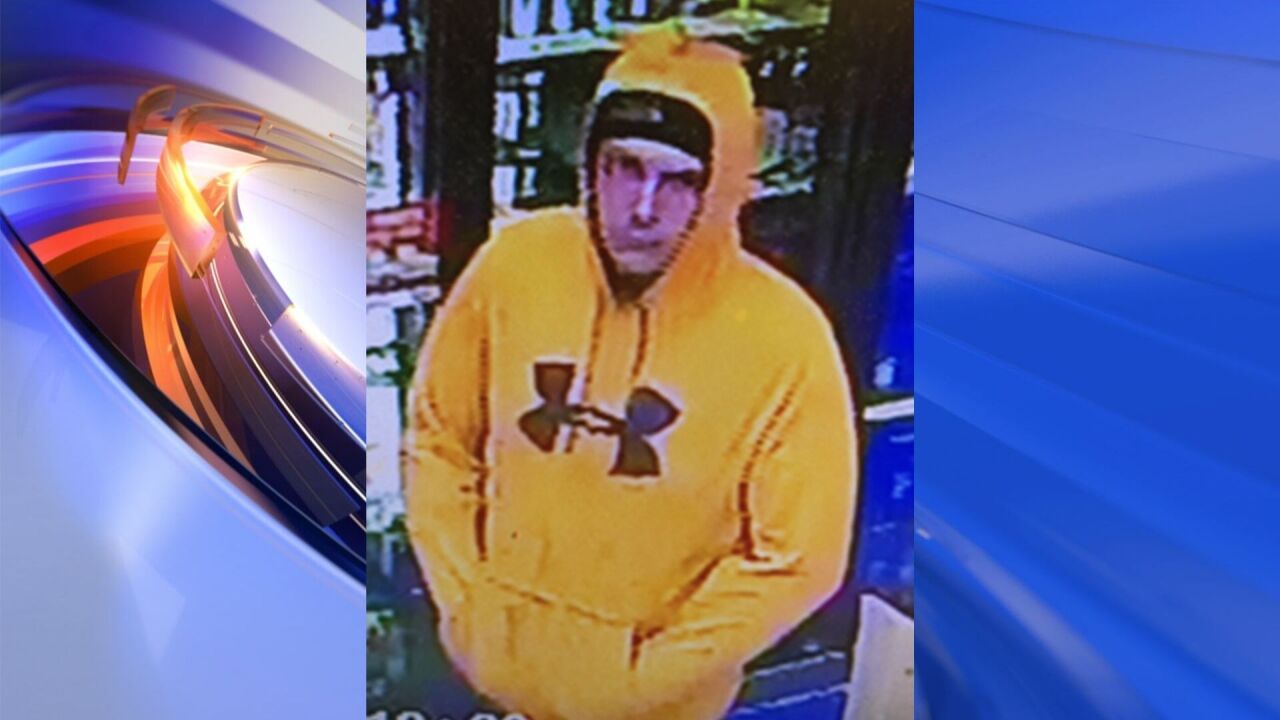 VIRGINIA BEACH, Va. – Police are investigating after a convenience store was robbed on Tuesday.

Police say a man walked around the store, then approached the counter, asking for two packs of Marlboro Red cigarettes.

After the cashier gave the suspect his total, the suspect demanded cash from the register.  The cashier refused to give him money, and the suspect started moving his hands around in his sweatshirt pocket, demanding money again.

The cashier thought the suspect may have been moving around a weapon. The cashier refused and the suspect grabbed the cigarettes and ran from the store.

The suspect had a cut under his right eye that was still bleeding.

If you can identify this person, you can give a tip anonymously through the Crime Line.