Redskins relinquish another early lead, drop to 0-and-2 after home loss to Cowboys 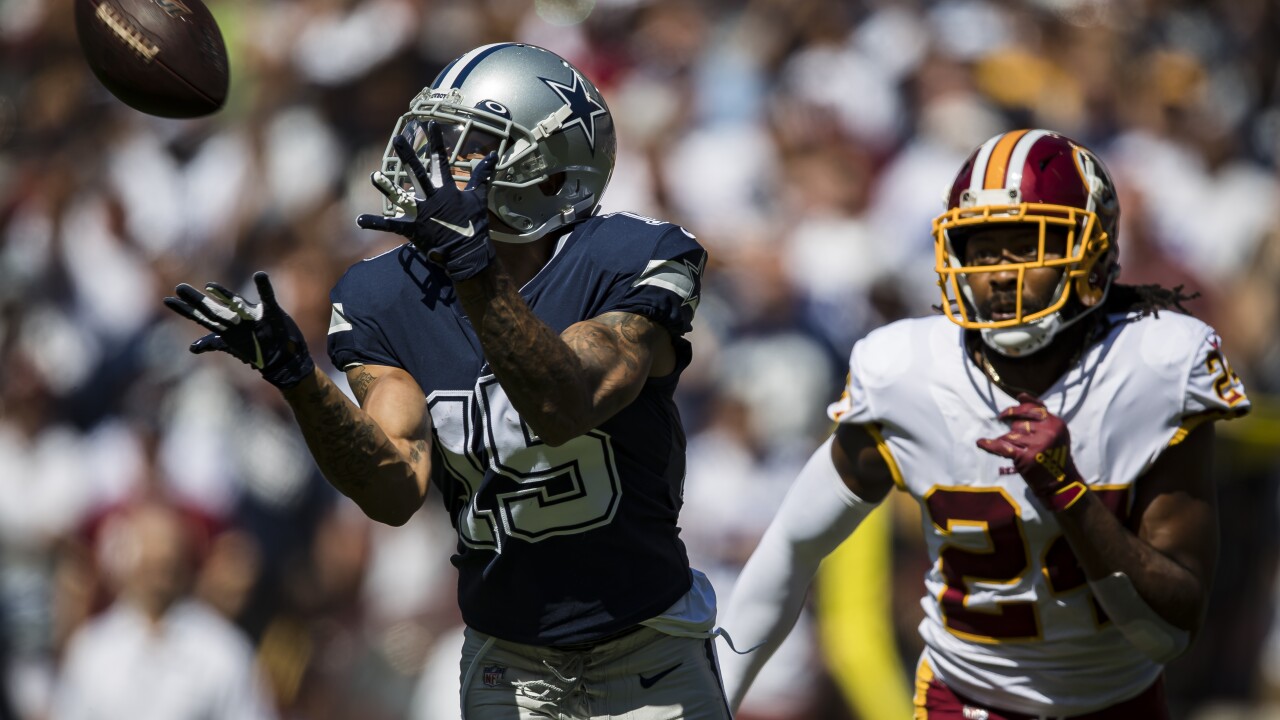 Devin Smith #15 of the Dallas Cowboys catches a pass for a touchdown. (Photo by Scott Taetsch/Getty Images)

LANDOVER, Md. – It’s getting late early for the Redskins.

Only 12 percent of NFL teams that start the season 0-and-2 reach the playoffs.

For the second straight week, the Redskins relinquished an early lead. In week one, Washington led the Eagles 17-0 before losing 32-27. Sunday, the ‘Skins struck first as Adrian Peterson made NFL history with his 107th career rushing touchdown for the game’s first score.

Case Keenum #8 of the Washington Redskins is sacked. (Photo by Scott Taetsch/Getty Images)

However, following a punt – the Cowboys (2-and-0) scored on five straight possessions after falling behind 7-0 to take control of the game.

“There are no excuses to be had,” Redskins head coach Jay Gruden said after the game. “We have to look at ourselves, and we have to play better. We’re minus a couple pieces in the secondary, that has an issue. But really, we should be better than this. That’s on us, obviously, as coaches and we have to get more out. We have a very talented group on defense, and we’re not reaching them. We have to play better, and we will play better. We have 14 games left and still a lot of football to play.”

In his return to the Redskins lineup, future Hall of Fame running back Adrian Peterson gained just 25 yards rushing on 10 carries.

Next week, the Redskins will try to avoid falling to 0-and-3 for just the third time this century (2001, 2013) when they host the Chicago Bears on Monday Night Football. Washington has lost seven straight Monday games and is 2-and-15 in its last 17 Monday contests.