Boater airlifted to hospital after crashing in Gloucester Co. waters 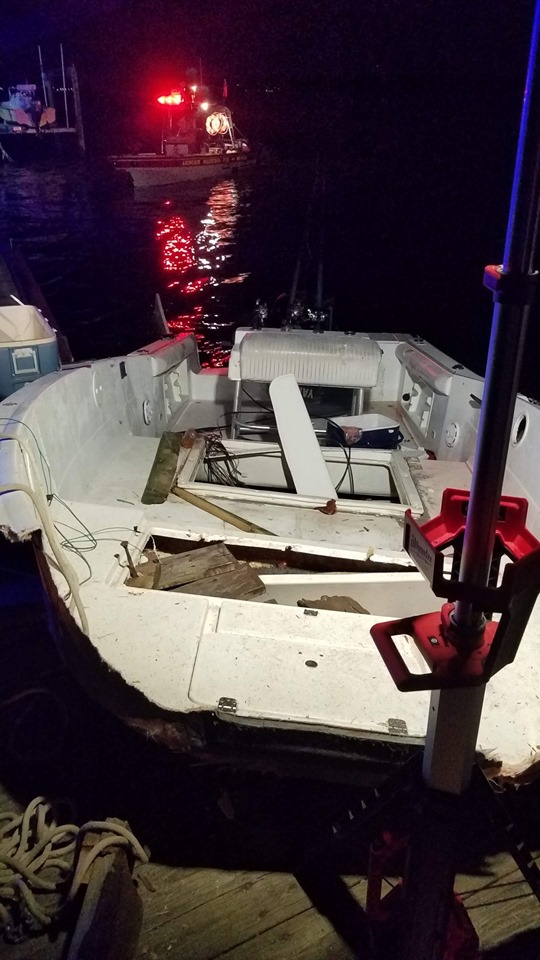 GLOUCESTER Co., Va. –  A boater was airlifted to a hospital after crashing a boat Sunday night.

Crews responded to the report of a boating accident around 9 p.m.

The report was about a boat that struck a pier. When crews got there thy said a boat had rammed into a pier and a patient was on the boat.

They also said the boat also struck an anchored sailboat in the mouth of Sarah’s Creek and destroyed a dingy. During that incident one occupant of the sailboat was in the water, according to officials.

The person from the sailboat was rescued from the water by a crew on Boat Two.

The motorboat had also crashed through another pier before becoming stuck where crews found it.

AVFR responded with two boats, a medic, a rescue and a command vehicle.

The patient was initially assisted by homeowners and then by medics and firefighters before being  taken to a landing zone and airlifted to a local hospital.

Both AVFR boats assisted in clearing debris from the site that would have been a hazard to navigation, officials said.