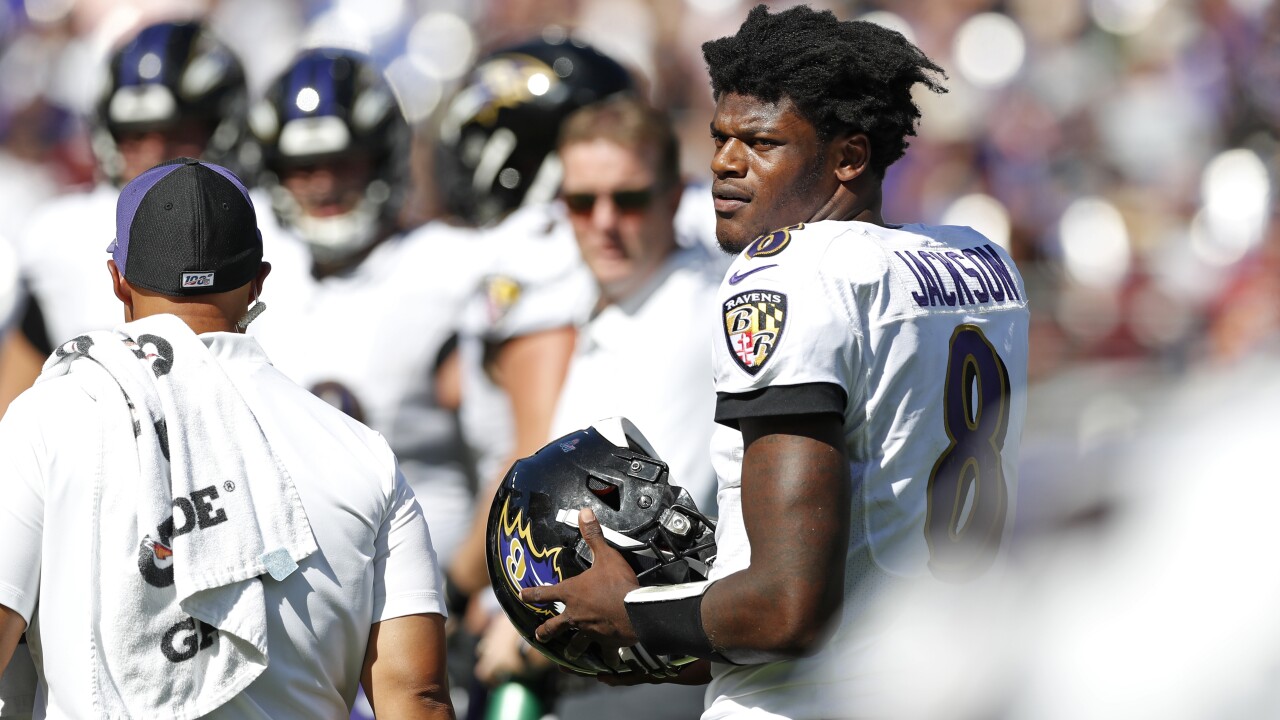 NEW YORK (NFL Communications) – Courtesy of NFL Communications, here’s a look at seven statistical highlights from games played at 1:00 p.m. and 4:00 p.m. ET on Sunday, September 15, the second week of the 2019 season.

Nine teams – BALTIMORE, BUFFALO, DALLAS, GREEN BAY, KANSAS CITY, the LOS ANGELES RAMS, NEW ENGLAND, SAN FRANCISCO and SEATTLE – improved to 2-0 on Sunday, the first time since 2015 at least nine teams have begun the season 2-0. With a win by the PHILADELPHIA EAGLES (1-0) on Sunday Night Football, the 10 teams starting 2-0 would be the most in a single season since 2008 (10 teams).

Baltimore quarterback LAMAR JACKSON passed for 272 yards and two touchdowns and rushed for a career-high 120 yards in the Ravens’ 23-17 win over Arizona. He is the first player with at least 250 passing yards and 120 rushing yards in a single game in NFL history.

Jackson, who had 119 rushing yards in Week 11 of the 2018 season, is the fourth quarterback since 1970 with two career games of at least 115 rushing yards, joining MICHAEL VICK (six games), RANDALL CUNNINGHAM (two) and BOBBY DOUGLASS (two).

Arizona rookie quarterback KYLER MURRAY passed for 349 yards in the loss. Murray, who threw for 308 yards in his first career start in Week 1, joins CAM NEWTON (2011) as the only quarterbacks with at least 300 passing yards in each of their first two career games in NFL history

Kansas City quarterback PATRICK MAHOMES passed for 443 yards and four touchdowns with a 131.2 rating in the Chiefs’ 28-10 win at Oakland.

Seattle quarterback RUSSELL WILSON passed for 300 yards and three touchdowns with a 131.0 passer rating in the Seahawks’ 28-26 win at Pittsburgh.

The NEW ENGLAND PATRIOTS recorded a 43-0 victory at Miami in Week 2 after defeating Pittsburgh, 33-3, in Week 1.

Buffalo quarterback JOSH ALLEN passed for 253 yards and one touchdown and rushed for a touchdown in the Bills’ 28-14 win at the New York Giants.

Buffalo, who defeated the New York Jets at MetLife Stadium in Week 1, are the fifth team since 1950 to win consecutive road games at the same stadium, joining the 1987 DALLAS COWBOYS, 1999 WASHINGTON REDSKINS, 2003 DALLAS COWBOYS and 2006 CHICAGO BEARS.