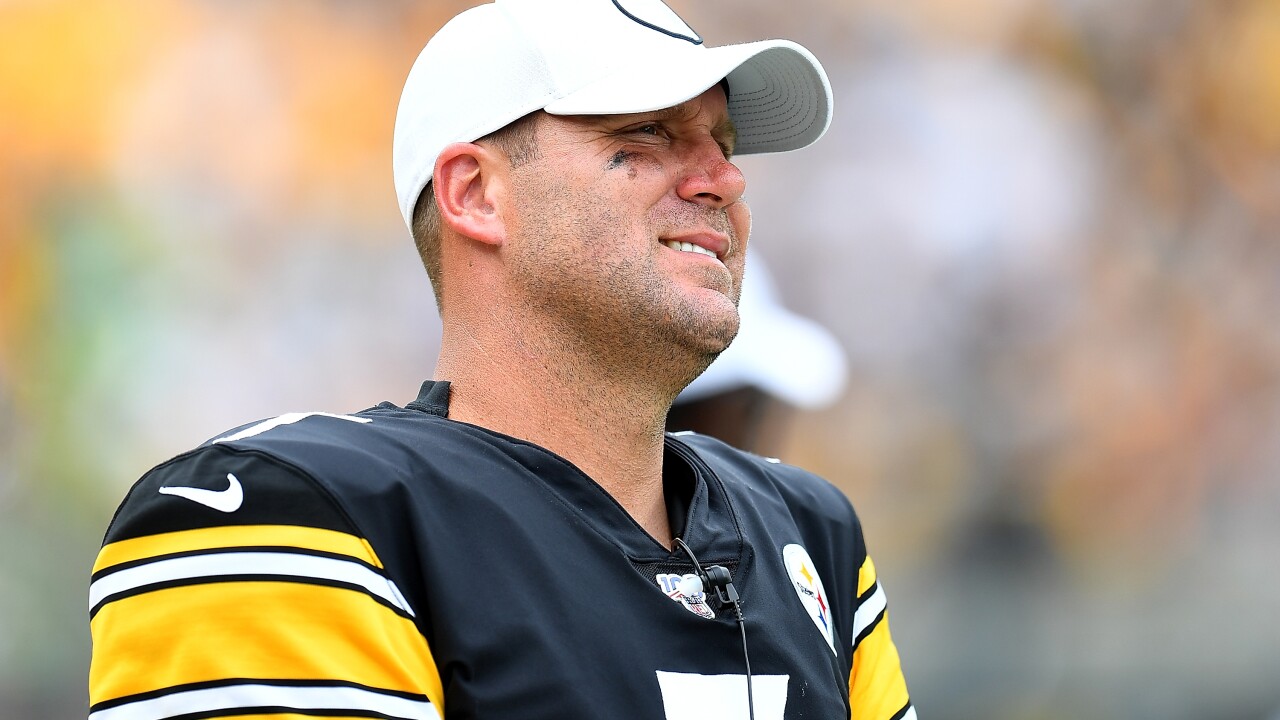 PITTSBURGH, Pa. – It was a brutal Sunday for Super Bowl-winning quarterbacks.

“It was determined by the Steelers’ medical team that surgery will be required,” Tomlin said in a statement. “We expect the surgery will be scheduled for this week. He will be placed on our Reserve/Injured List and is out for the season.”

“I’ve been informed that I need season ending surgery on my elbow to continue playing football at the level I expect,” Roethlisberger said in a statement. “This is shocking and heartbreaking for me, to miss this much of a season and feel like I am letting down so many people. I can only trust God’s plan, but I am completely determined to battle through this challenge and come back stronger than ever next season. The Steelers committed three years to me this offseason and I fully intend to honor my contract and reward them with championship level play. I will do all I can to support Mason and the team this season to help win games. I love this game, my teammates, the Steelers organization and fans, and I feel in my heart I have a lot left to give.”