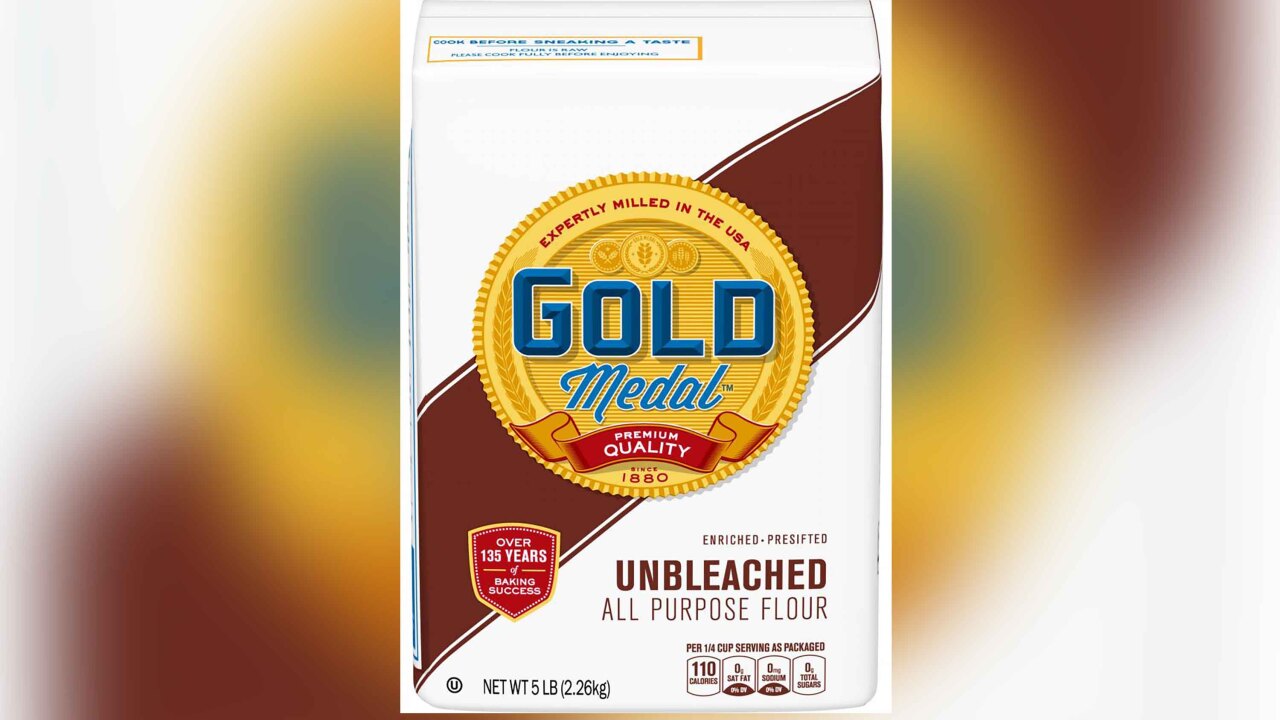 Making cookies with Gold Medal flour this week? It may be best to check the date before you bake.

The recall applies to five-pound bags stamped with a “better if used by” date of September 6, 2020. No other bags with other dates are affected.

Back in January, General Mills recalled some five-pound bags of its Gold Medal unbleached flour over fears of salmonella contamination.

No illnesses linked to the product have been confirmed yet, General Mills said.

This strain of E. coli usually sickens people within three to four days of exposure, the Centers for Disease Control and Prevention said. Its symptoms include diarrhea and cramps, and patients typically recover within a week.

The CDC warned consumers in May about several flours that could be contaminated with E. coli O26. The recall included flours from King Arthur, Pillsbury and ALDI’s Baker’s Corner. At least 21 people from nine states were infected between December 2018 and May, though the outbreak was called off in July.