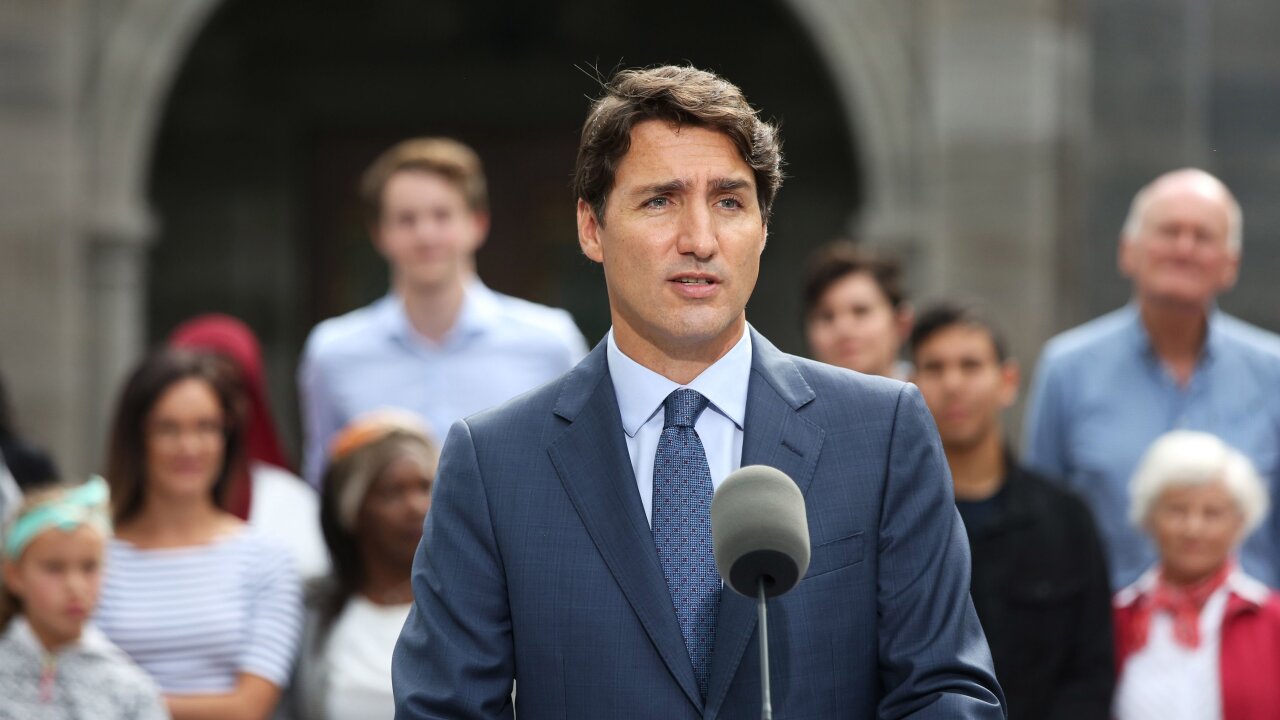 Canadian Prime Minister Justin Trudeau apologized Wednesday after a photo emerged of him wearing brownface during a school event in 2001.

Canadian Prime Minister Justin Trudeau apologized again on Thursday for wearing blackface in three separate incidents and said he did not know how many times he had put on racist makeup.

Canadian Prime Minister Justin Trudeau apologized Wednesday after a photo emerged of him wearing brownface during a school event in 2001.

“What I did hurt them, hurt people who shouldn’t have to face intolerance and discrimination because of their identity. This is something I deeply, deeply regret,” he said.

Darkening your face, he added, “is always unacceptable because of the racist history of blackface. I should have understood that then, and I never should have done it.”

Trudeau still insisted he was an ally in the fight for social justice and highlighted his administration’s actions to fight racism and intolerance.

But he declined to say definitively whether there were more instances of him wearing dark makeup. He did not remember each instance, he said, because his privilege gave him a blind spot on the issue.

“The fact is I didn’t understand how hurtful this is to people who live with discrimination every day,” he said.

Trudeau first apologized on Wednesday after Time posted a photo of him wearing brownface when he was a school teacher in 2001.

In his apology, Trudeau admitted he had put on dark makeup when he was in high school as part of a talent show in which he sang the traditional Jamaican folk song “Day-O.” Late Wednesday, CNN partner CTV News obtained that second photo from a source, who says it is a picture of Trudeau in a yearbook at Brebeuf College.

On Thursday, Global News reporter Mercedes Stephenson obtained video of Trudeau in blackface from a Conservative Party of Canada source. The source told her the video was shot in the early ’90s, specifically sometime around 1993-1994.

Stephenson spoke to the person who shot the actual video. The person declined to comment but did not deny that the video shows Trudeau.

The Liberal Party spokesman confirmed to CTV, a CNN partner, that the video shows Trudeau from the early 1990s.

The incidents angered politicians across the political spectrum who said that dressing up in brownface makes a mockery of people’s experiences. The scandal could have political repercussions for Trudeau, who is running neck-and-neck with Conservative Andrew Scheer for next month’s election.

‘I shouldn’t have done it’

Trudeau said the brownface photo revealed by Time was taken when he was a teacher in 2001 attending an end-of-the-year gala with an “Arabian Nights” theme. He said it was a racist photo, but he didn’t consider it racist at the time.

“I shouldn’t have done it. I should have known better, but I didn’t,” he told reporters on an airplane. “And I’m really sorry.”

The future prime minister attended the event with friends and colleagues and was dressed as a character from “Aladdin,” said Zita Astravas, speaking on behalf of Trudeau’s party, the Liberal Party of Canada. He was wearing a turban.

“I stand here before Canadians as I will throughout this campaign and talk about the work we have to do to make a better country together,” Trudeau said.

“And I am going to continue to stay focused on that and continue to work to fight intolerance and discrimination, even though obviously I made a mistake in the past.”

The election is October 21.

Scheer, speaking on the airport tarmac in Sherbrooke, Quebec, said: “Like all Canadians, I was extremely shocked and disappointed when I learned of Justin Trudeau’s actions this evening. Wearing brownface is an act of open mockery and racism. It was just as racist in 2001 as it is in 2019. What Canadians saw this evening was someone with a complete lack of judgment and integrity and someone who’s not fit to govern this county.”

The leader of the Green Party, Elizabeth May, said she was “deeply shocked by the racism shown in the photograph.”

“He must apologize for the harm done and commit to learning and appreciating the requirement to model social justice leadership at all levels of government,” May tweeted. “In this matter he has failed.”