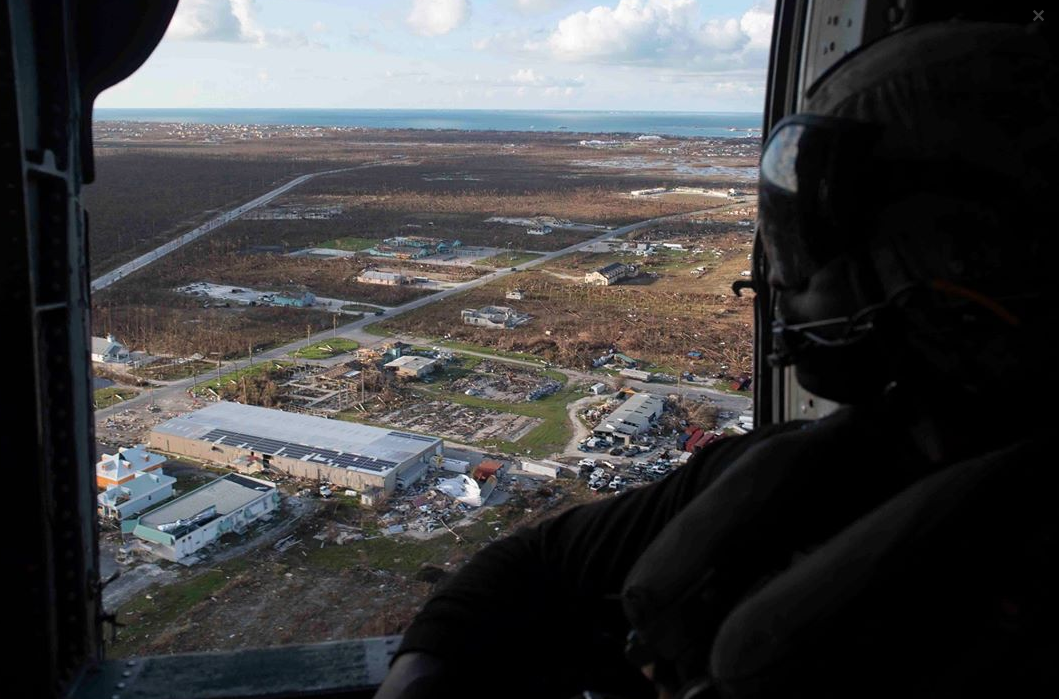 They include service members from the Bataan Amphibious Ready Group (ARG), Helicopter Mine Countermeasure Squadron (HM)-14 and HM-15 and Helicopter Sea Combat Squadron (HSC) 9 and HSC-26.

The Bataan ARG provided support to the U.S. Agency for International Development enabling the broader effort to address the acute humanitarian needs of the Bahamian people, under the direction of U.S. Northern Command.

“In the wake of the strongest storm to hit the Bahamas, I am proud of the hard work, dedication and professionalism of our wing,” said Capt. Shawn Bailey, Helicopter Sea Combat Wing Atlantic commander. “They rose to the occasion to help those in need.”

Aviation and logistics capabilities were provided by the Navy and Marine Corps around the geographically dispersed Bahamian Islands.

To fill pallets of water that were transferred by air to Marsh Harbour, Treasure Cay and Moore’s Island, the Bataan, New York and Oak Hill used their shipboard freshwater-making capabilities.