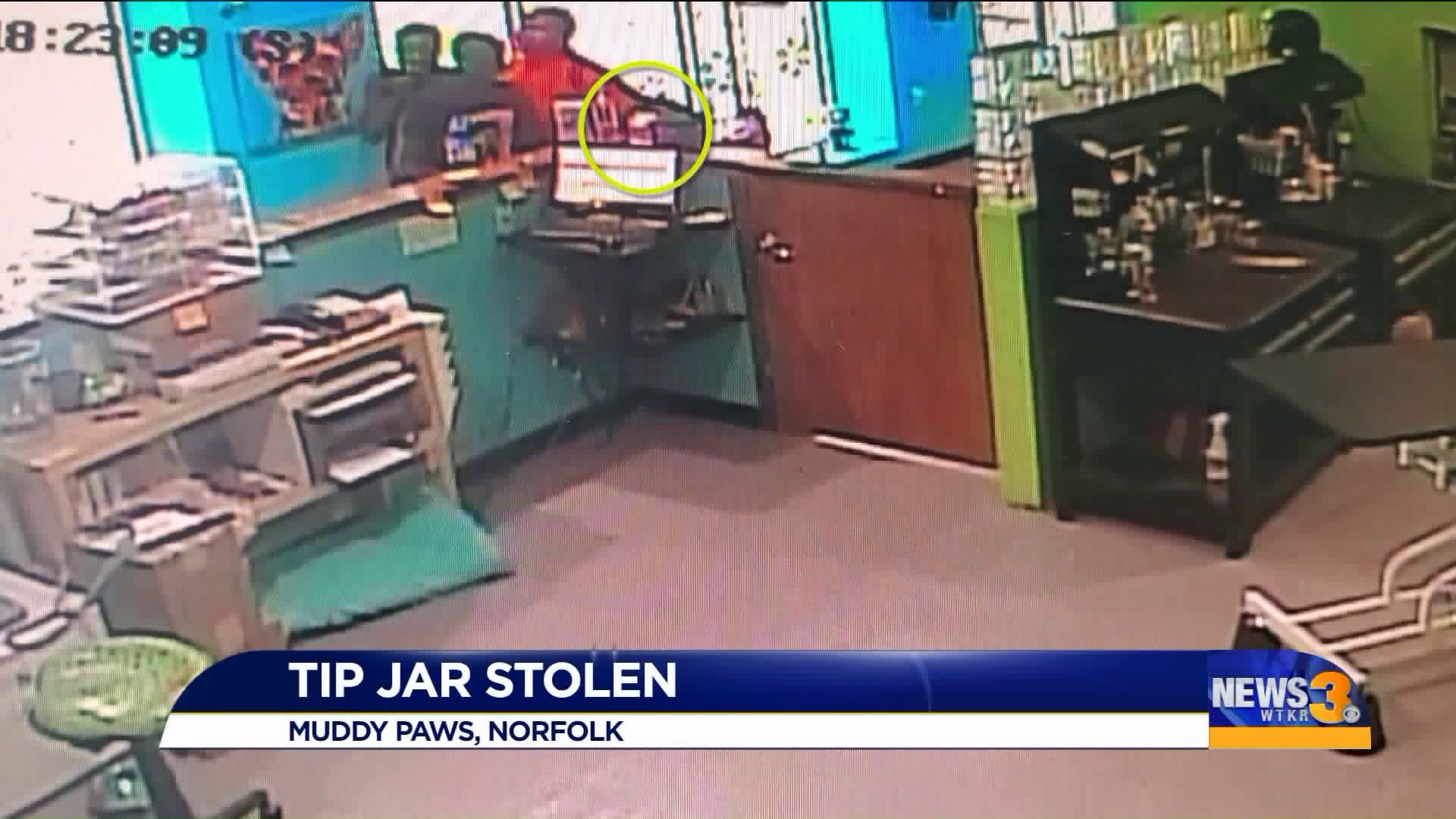 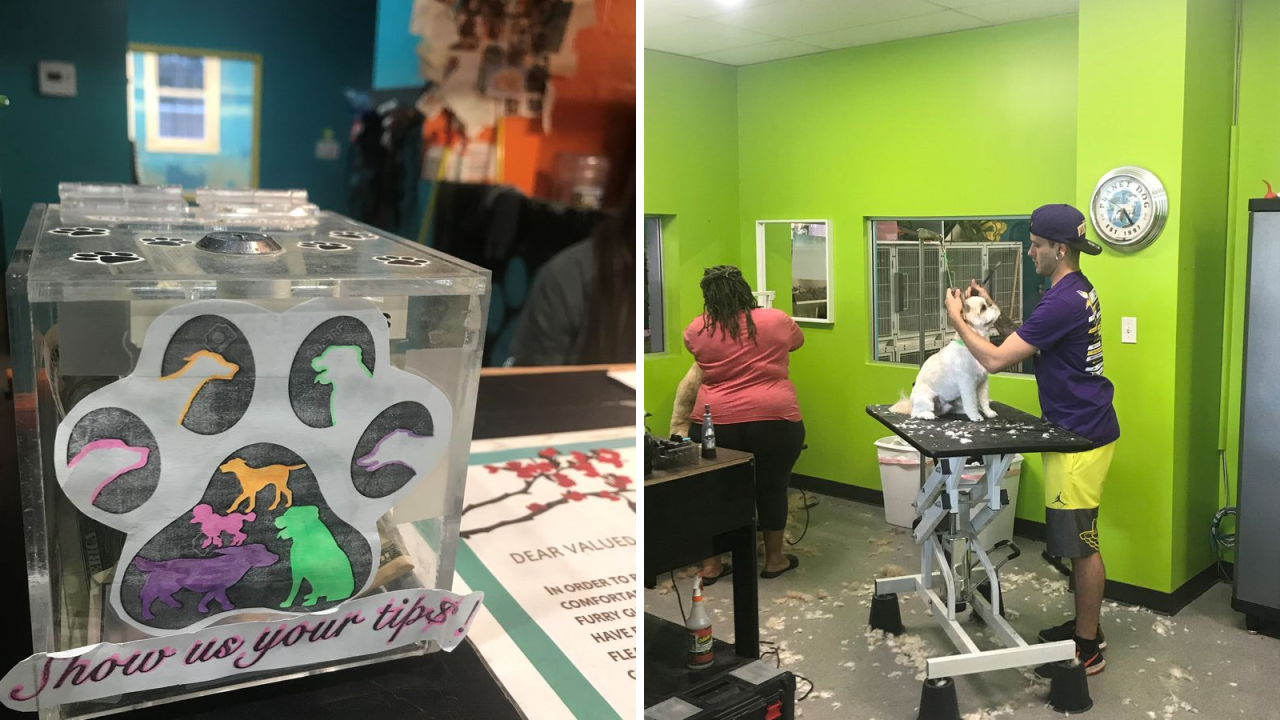 NORFOLK, Va. - The people at Muddy Paws in Norfolk are responsible for making sure your furry friends are in top-notch shape.

“The hair cutting part... there are breed standards and they have to look a certain way and it’s our job to make them look like that,” said Lina Laballe.

Laballe is the grooming manager at Muddy Paws. She tells us it’s a rewarding job, but the “greatly appreciated” tip jar was snatched away Wednesday evening.

“We had a tip jar sitting on our counter, and we had a group of men walk in - they were younger - take the tip jar and walk right out the door,” she said.

In surveillance video footage, you can see the three boys walk into the grooming section of the business around 6:30 p.m. and walk away with anywhere from $50 to $80.

Laballe says, “It only took them less than a minute to do it. No questions -  just walked in and walked right back out. Unseen because this area is usually closed.”

But on Friday the business got some good news after the young men came forward and promised to return the money by Monday. 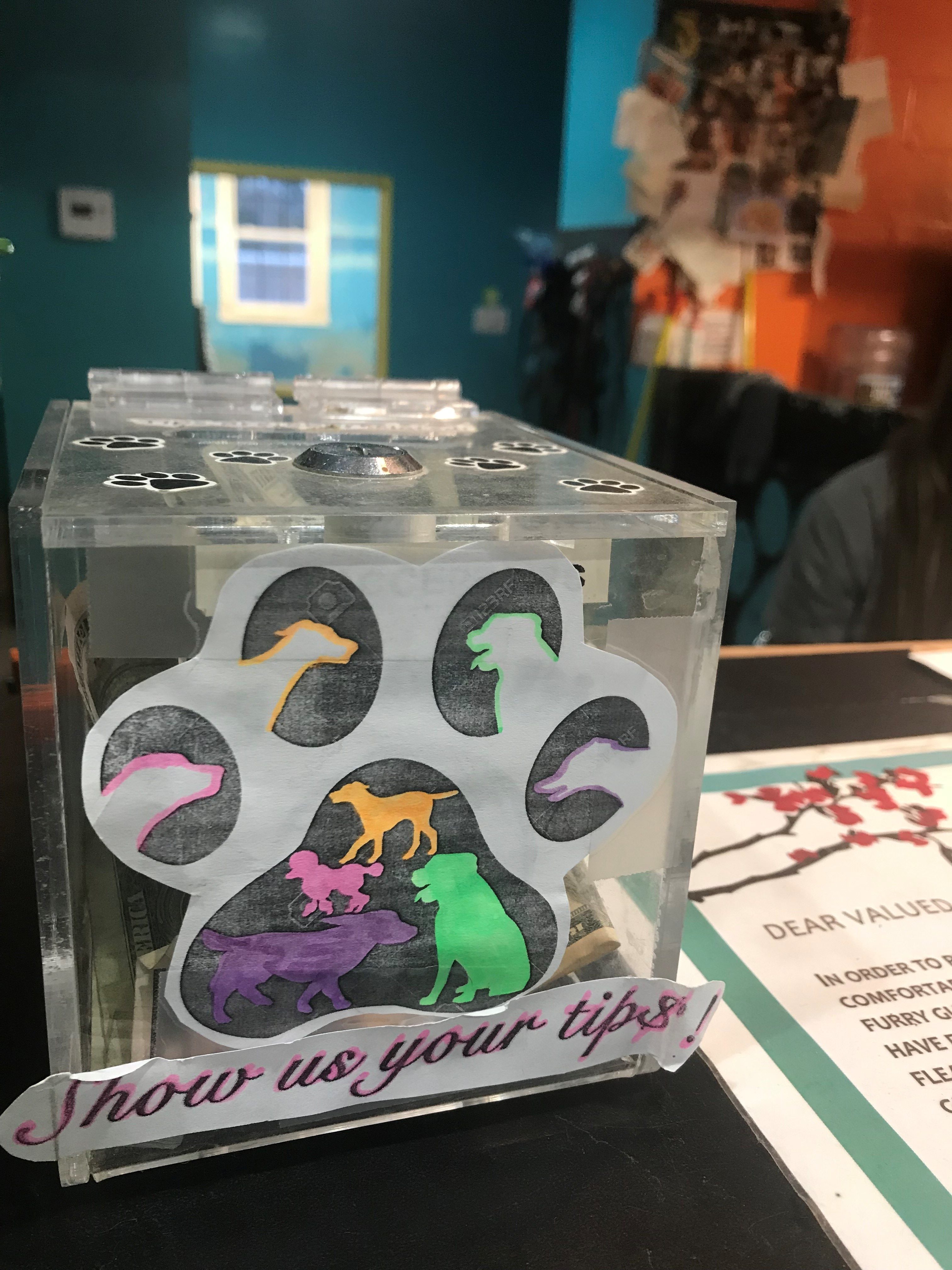 Laballe tells News 3 even with all the visible signs that show that there are surveillance cameras at Muddy Paws, it didn’t stop the boys from going inside and swiping the tip jar.

“To walk into a business and disrespect everybody and you don’t even know them, it’s just not fair,” she adds.

She says the team here grooms about 15 to 20 cats and dogs a day and the extra cash from their parents goes a long way.

The business did file a police report.

“We are really not trying to go after them. We just want it to be returned and do what’s right. Just say, ‘Hey, I made a mistake.'" The business owner went on after the men came forward that they are pleased with the outcome and hope the men learned a valuable lesson.

She told News 3 they are already taking action to prevent this from happening again.

“We are actually going to end up probably bolting it to the counter so it can’t be removed, and we will have a daily check where we empty it that there’s no money sitting in there, enticing someone to do so.”