NFL Week 3: What to look for 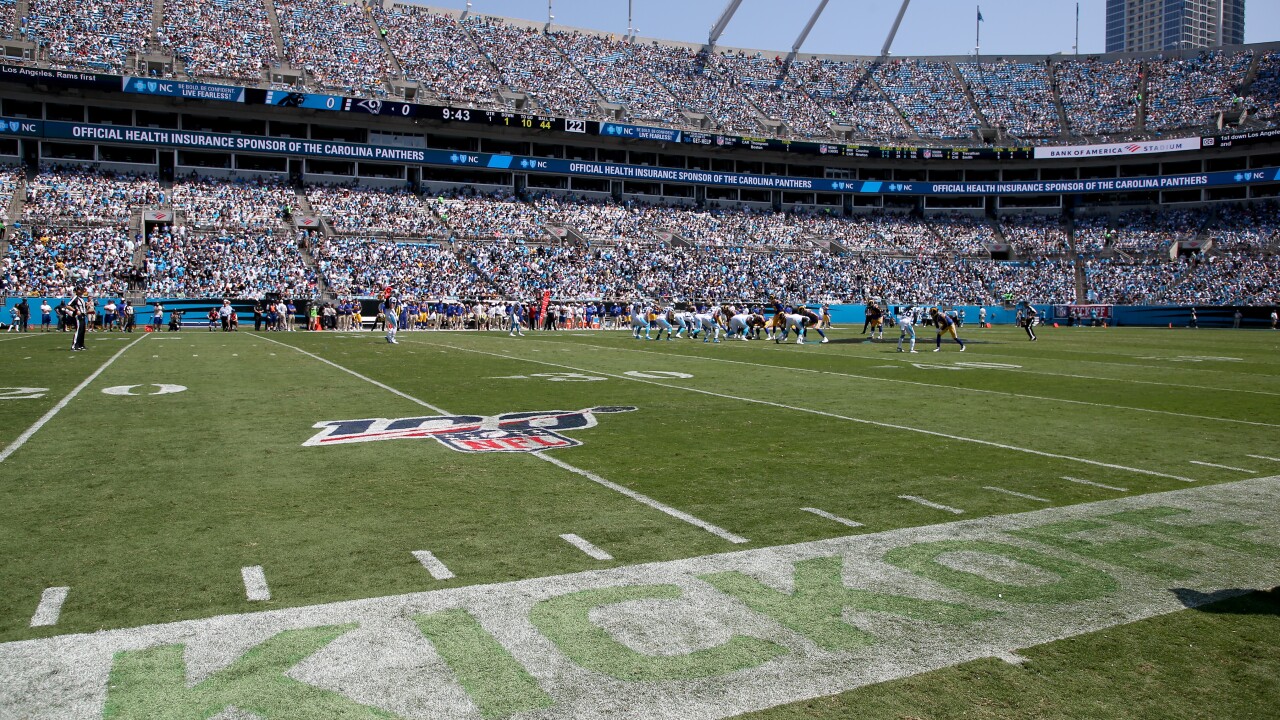 A general view of the field during the game between the Los Angeles Rams and Carolina Panthers. (Photo by Streeter Lecka/Getty Images)

A general view of the field during the game between the Los Angeles Rams and Carolina Panthers. (Photo by Streeter Lecka/Getty Images)

COMEBACKS ARE EN VOGUE: The season’s first two weeks have proven that insurance points are important. Fans, coaches and players, if your team is down, help yourself to a slice of hope. In 32 games to date, 11 have featured a team coming from behind in the second half to win, including seven teams that trailed at halftime. Six of those games have seen a team win after erasing a fourth-quarter deficit. The SEATTLE SEAHAWKS have overcome a second-half deficit in each of their two victories. And those numbers don’t include the exciting Week 1 comebacks by the INDIANAPOLIS COLTS and ARIZONA CARDINALS, who sent their respective games to overtime. Eight games have had teams come back to win or tie after trailing in the fourth quarter.

MILESTONE FRANCHISE WINS: Three clubs can reach milestone victories in their franchise histories this week. Both the DENVER BRONCOS and the MINNESOTA VIKINGS can record their 500th wins, including postseason. Among the original eight franchises that launched the American Football League in 1960, Denver would become the second to reach 500 wins, as only the Boston/New England Patriots (539) have eclipsed that landmark. The CAROLINA PANTHERS, who began in 1995, bid for the 200th win in franchise history, including postseason.

PROLIFIC POINT DIFFERENTIAL: The NEW ENGLAND PATRIOTS enter Week 3 having outscored opponents by 73 points, 76-3. With a point-differential of at least 24 points this week, their season-opening point-differential would reach comparisons to teams as old as the NFL itself. Defensively speaking, should the Patriots allow nine or fewer points, they’d also establish the fewest points allowed over a season’s initial three games in the Super Bowl era.

The highest point-differentials by a team through a season’s first three games in NFL history:

The fewest points allowed through a season’s first three games during the Super Bowl era (1966-present):

TOUCHDOWN MAKER: Cleveland quarterback BAKER MAYFIELD needs a touchdown pass on Sunday Night Football against the Los Angeles Rams (8:20 PM ET, NBC) to reach historic company. He enters the week having thrown for a touchdown in each of his first 15 NFL starts, tied with BRAD JOHNSON for the second-longest streak to begin a career (since at least 1950). Only Pro Football Hall of Famer KURT WARNER authored a longer career-opening streak, throwing for a touchdown in his first 23 NFL starts.

SOMETHING HAS TO GIVE: In the Super Bowl era, only two players over the first two games of a season have started with at least seven TD passes, no interceptions and a completion percentage of 70 or higher. Those two players, LAMAR JACKSON and PATRICK MAHOMES, meet on Sunday (BALTIMORE at KANSAS CITY, 1:00 PM ET, CBS). With three more TD passes and no interceptions against the Ravens, Mahomes can join even more elite company.

The players with at least three touchdown passes and no interceptions in each of their team’s first three games to begin a season in NFL history:

MAHOMES REACHES 20 GAMES AT HISTORIC PACE: PATRICK MAHOMES plays his 20th NFL game on Sunday. No player has ever had more passing yards (6,202) or passing touchdowns (57), or a higher passer rating (114.5, minimum 100 attempts) over his first 20 games – and Mahomes has established those marks in just 19 contests. With 300 yards this week, he can break Pro Football Hall of Famer KURT WARNER’s mark of most 300-yard passing games over a player’s first 20 games.

The players with the most games of at least 300 pass yards in their first 20 career games in NFL history:

PRESCOTT EYES HISTORIC FOURTH STRAIGHT START: Dallas quarterback DAK PRESCOTT has picked up where he left off last season and has authored two impressive efforts to lead the Cowboys to a 2-0 start. This week at home vs. Miami in the NFL100 Game of the Week (1:00 PM ET, FOX), Prescott can do something only two players have ever done: Record at least four consecutive games with three-plus touchdown passes and a 120-or-better passer rating.

The players with the most consecutive games with at least three touchdown passes and a passer rating of 120 or higher in NFL history:

HARD TO KEEP UP WITH THIS JONES: Atlanta wide receiver JULIO JONES stands just 132 receiving yards from 11,000 during his career. Over his first 113 NFL games, he’s established a blistering pace and could shatter the record for fastest player to 11,000 receiving yards in NFL history when the Falcons travel to Indianapolis Sunday (1:00 PM ET, CBS). And with triple-digit receiving yards Sunday, Jones would notch his 51st career 100-yard receiving game, which would tie ANDRE JOHNSON, STEVE SMITH and Pro Football Hall of Famer TERRELL OWENS for fourth in NFL annals.

The players to reach 11,000 career receiving yards in the fewest games in NFL history:

The players with the most career games of at least 100 receiving yards in NFL history: