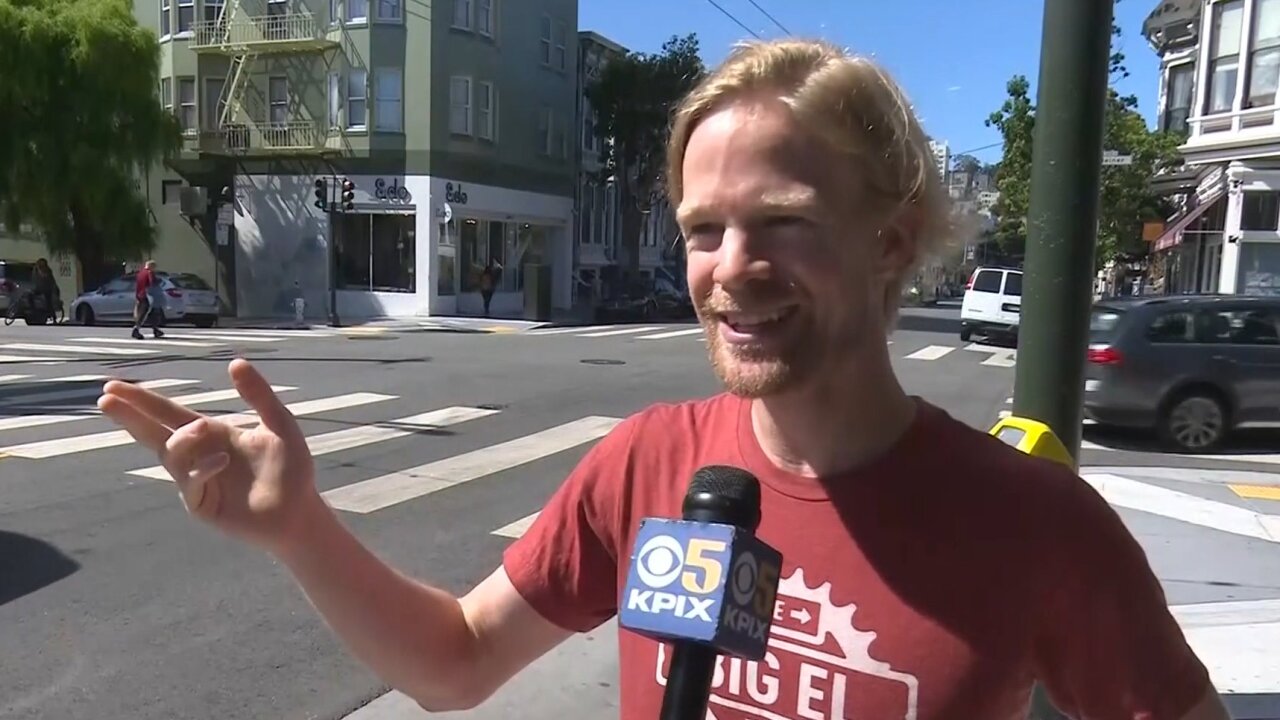 SAN FRANCISCO (KPIX) — For anyone who has ever tried to craft the perfect text with just the right GIF to convey a feeling of confusion, he is right there for the using. Now, he has a request for the world at large.

“I wasn’t even the focus of the video, says internet staple Drew Scanlon. “He was playing a video game, and I was just kind of next to him.”

It was December of 2013 when Scanlon sat down to join a group commenting on a video game stream. The GIF of his puzzled reaction to a friend’s joke would not go viral for another four years.

“It was when people in our audience were saying, ‘My mom just sent me this GIF; she doesn’t even know who you are,’” Scanlon said of his viral emergence.

So, what is it like to have your face become the global vernacular for “What the heck?”

“It was cool on one hand, but on the other, it was a little scary,” Scanlon explains. “At that scale, you realize that it’s sort of out of your hands.”

Out of his hands, and shared through the hands of hundreds of millions of people around the planet, but almost none of them have any idea who he is.

“I’ve only been recognized as the guy in the GIF one time,” he says, despite much of the planet having seen his face. Many see the GIF and struggle to place the face with an actor. “Yeah, people say Cary Elwes or Michael C. Hall. It’s just me. It feels like it’s not really mine. It feels like it’s property of the internet.”

But as of Thursday morning, Scanlon has changed course a bit with his rare kind of anonymous fame, hoping to raise money for the Waves to Wine bike ride for the national MS society.

“This year I decided to, I guess, come clean to the internet and say, ‘This is me!’” Scanlon said of his Twitter post asking for help with the MS fundraiser. “If you’ve ever had any joy from this GIF, please make a donation.”

Hi Internet! I'm Drew and THIS IS MY FACE.

If this GIF has ever brought you joy in the past, I humbly ask you to consider making a donation to the National MS Society. It would mean a lot to me and to those I know affected by the disease!

That request has already raised several thousand dollars, just another contribution from the man behind the meme for stunned, shocked, etc.

“Surprised,” Scanlon adds to the list of possible search terms that would result in his face. “I like ‘incredulous.’ I think that’s the most apt descriptor.”