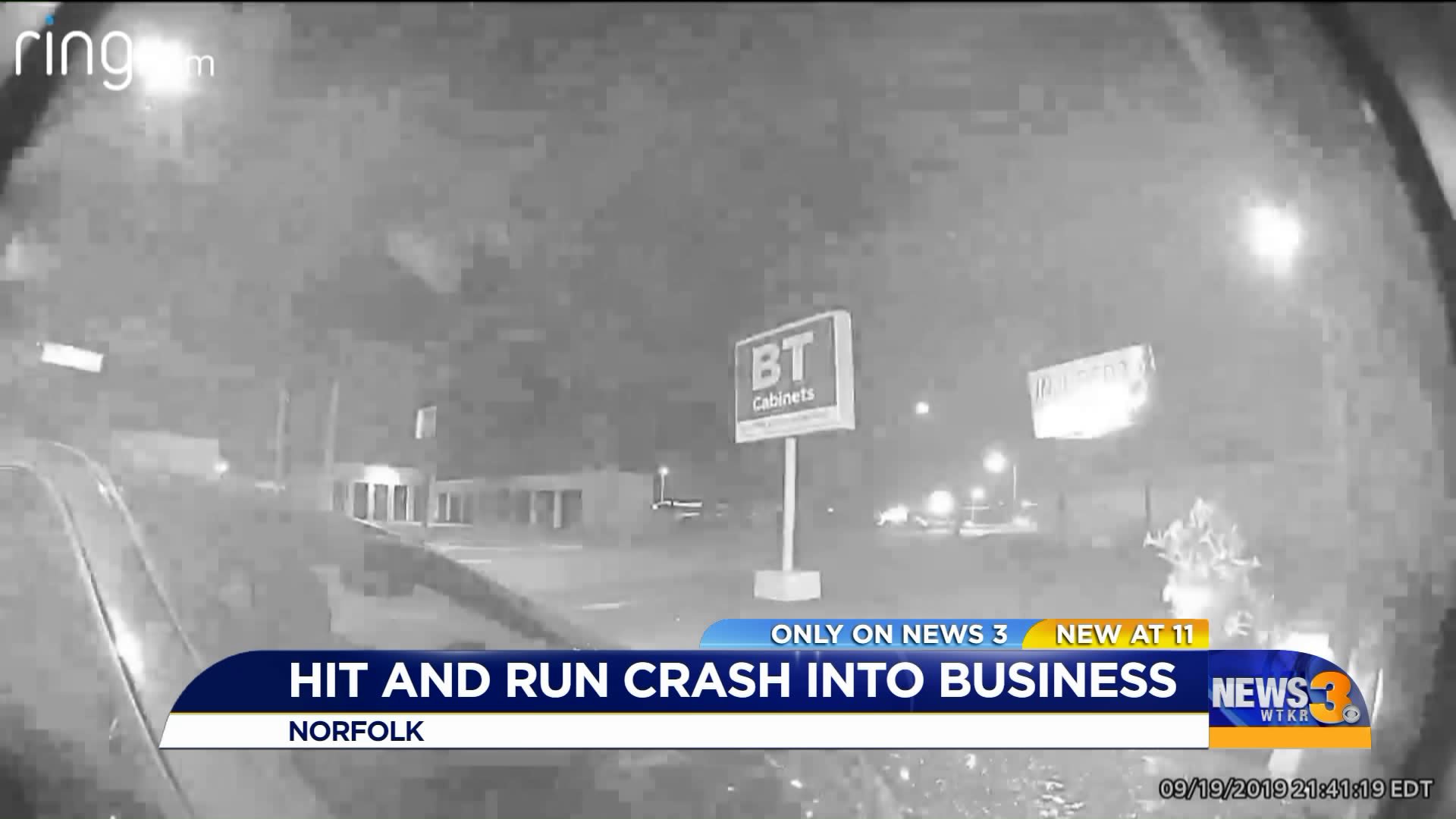 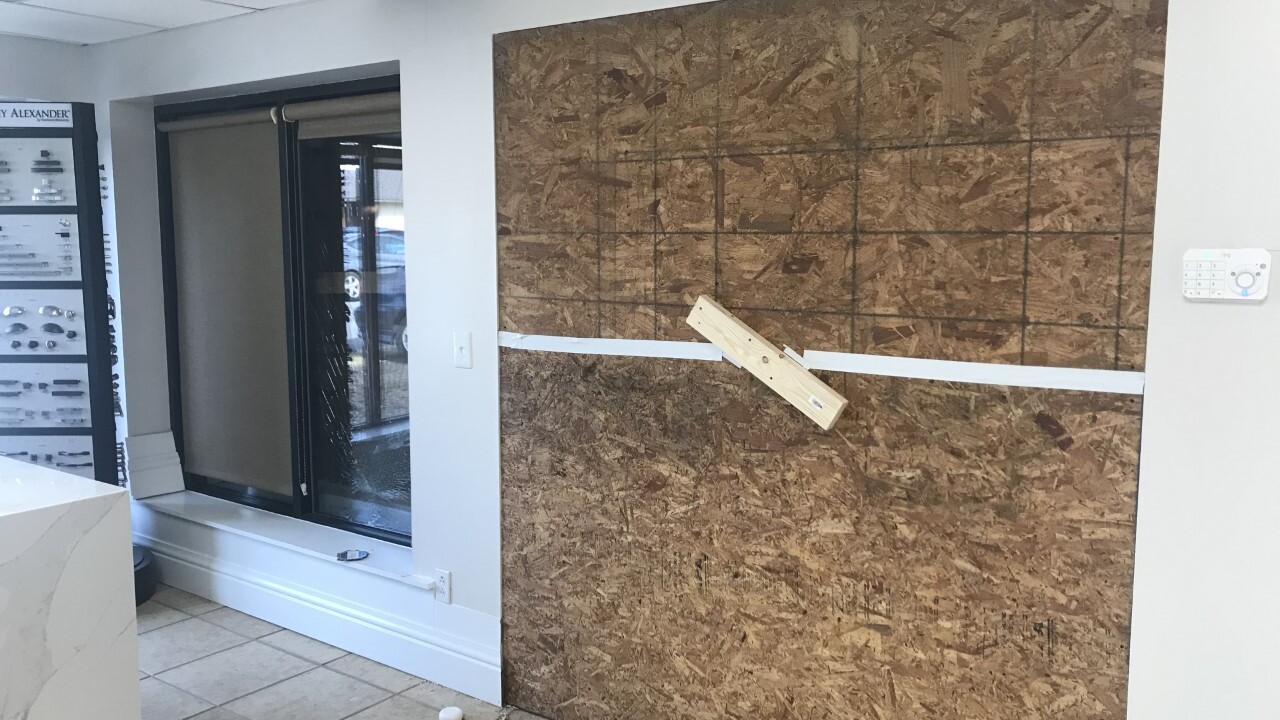 NORFOLK, Va. - A hit-and-run took out the front door and windows of a local business - and it was all caught on surveillance camera.

The crashing sound in the video is a car driving into the front doors and windows of BT Cabinets.

“When I got here, the one front door is blown out,” said Kevin Riley, the owner of BT Cabinets.

Inside the showroom of BT Cabinets

He says a brick column stopped the car in the surveillance video from parking right in the middle of his kitchen and bath showroom.

“We would’ve had the vehicle taking out my countertop displays,” he adds.

There are tire marks on the sidewalk where the car hopped over before the driver crashed into the glass front doors.

“There was glass everywhere. It was just nasty!” said Riley.

But the crash didn’t stop - it turned into a hit-and-run.

“He threw it in reverse, and he was peeling tires out of here,” Riley adds.

The driver booked it before almost running into another car on Princess Anne Road.

Related: 'I almost got killed' Man witnesses hit-and-run in Portsmouth

Riley tells us he spent some of day driving around looking for the person who drove into the business he has owned for 20 years.

During our interview with Riley, his Ring alarm went off. It was the man behind the wheel.

He didn’t want to go on camera, but this is what he told Riley.

“It had been weighing on him all day. I guess he went to work today, and you could tell it was bothering him,” said Riley.

So, he decided to take action and do the right thing.

“Today has been a tough day because it’s affecting us, and so it kind of restores that hope that people are good,” he said.

Good enough to pick up the pieces and make things right.