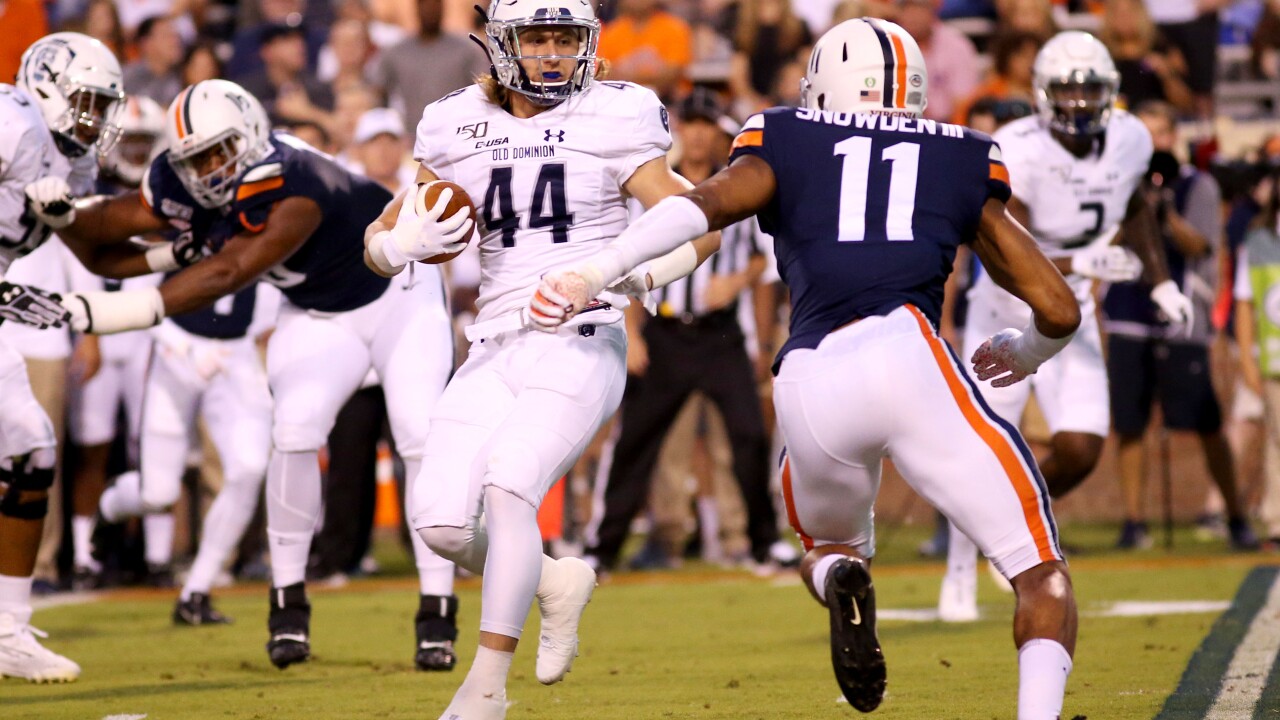 CHARLOTTESVILLE, Va. – In Saturday’s win against Old Dominion, No. 21 Virginia linebacker Charles Snowden had a career-best 15 tackles, including 3.5 for losses and two sacks.

His performance earned him the Walter Camp National Defensive Player of the Week honor, in addition to ACC Linebacker of the Week.

Related: No. 21 Virginia football avoids upset by ODU, comes back in the fourth quarter

A BIG 👏 to Charles Snowden (@csnoww3) for being named the @WalterCampFF National Defensive Player of the Week after he helped lead a UVA defensive effort last night with a career-high 15 tackles, 3.5 TFLs and 2 sacks! #GoHoos | #TheStandard

Snowden is the fifth UVA player to earn Walter Camp National Player of the Week honors since 2004. Most recently, safety Juan Thornhill received the accolade in October of 2018.

Next up is a 3:30 p.m. away matchup against Notre Dame on Saturday, September 28th.