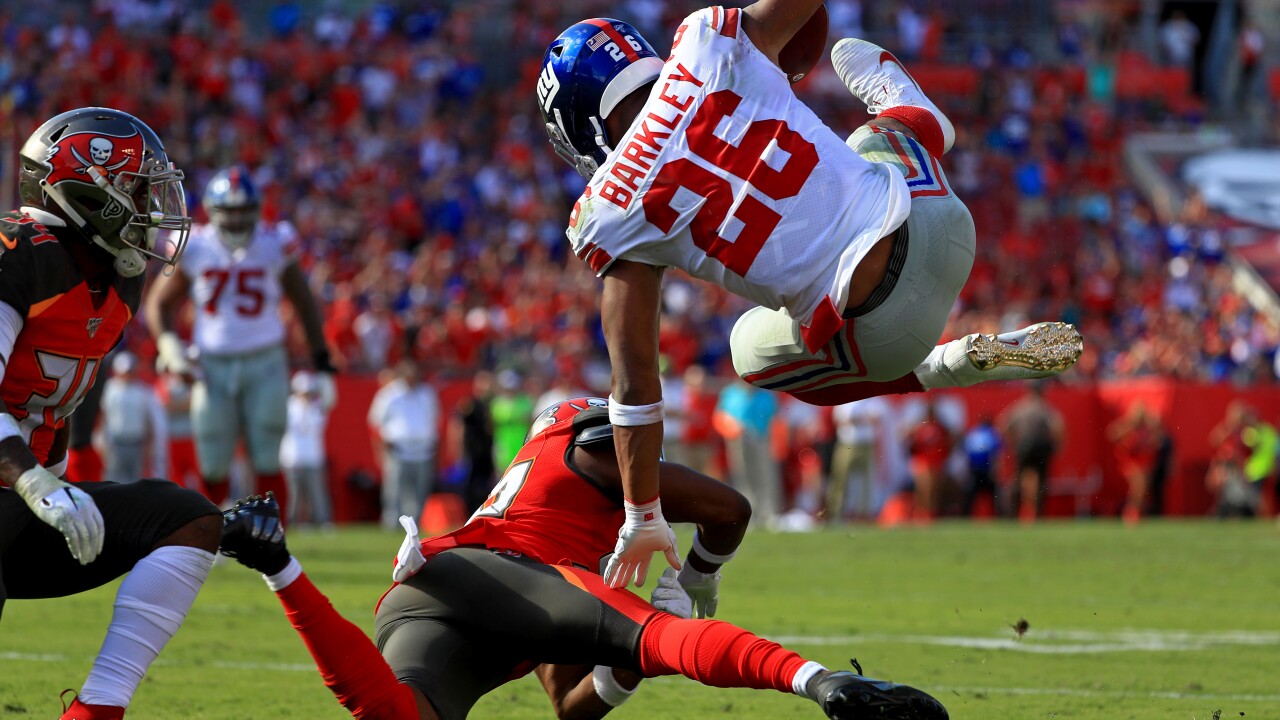 TAMPA, FLORIDA – SEPTEMBER 22: Running back Saquon Barkley #26 of the New York Giants sits on the bench.(Photo by Mike Zarrilli/Getty Images)

The high of last night’s heroics by rookie quarterback Daniel Jones is accompanied by some devastating news for the New York Giants’ offense.

Jones, who scored a game-winning rushing touchdown with about a minute remaining in last night’s 32-31 victory over the Tampa Bay Buccaneers, will be without star running back Saquon Barkley for a significant amount of time.

After being tackled by Tampa Bay’s Mike Edwards in the second quarter, he was forced to watch from the sideline with a boot and crutches.

The team confirmed that the injury is a high ankle sprain after Barkley received an MRI Monday morning.

Coach Shurmur said Saquon Barkley has a high ankle sprain. “We just have to see" about his timeframe.

The injury could keep him from the field anywhere from 4-8 weeks, according to Adam Schefter.

TAMPA, FLORIDA – SEPTEMBER 22: Saquon Barkley #26 of the New York Giants looks on after injuring his ankle during a game against the Tampa Bay Buccaneers. (Photo by Mike Ehrmann/Getty Images)

“I’m not out for the season,” Barkley said after last night’s game. “I’m gonna try to, hopefully, whatever I can do to get back as quickly as possible. Not just for myself, just for this team. That’s the only thing I can continue to think about.

“Even caught myself getting upset on the sidelines ‘cuz I wasn’t able to be out there with those guys, and that’s the only thing I’m focused on, just trying to do whatever I can.”