During their meeting, council members will hold a public hearing and vote on the terms of a deal with the Pamunkey Indian Tribe to build a casino near Harbor Park.

With some questioning if the process is moving too fast,  it remains unclear whether the council will vote on the deal or defer it to another date.

Earlier this month, the city manager announced city staffers and the tribe had reached a deal. Under the terms, the city would sell land just to the east of Harbor Park for about $10 million.

Once the casino is built, the tribe would pay the city 4% of money earned through gambling. At a minimum the deal calls for 750 electronic gaming machines, 25 gaming tables, 150 hotel rooms, and parking.

The deal needs the approval of the city council.

Before any casino is built, the tribe would need either state or federal approval. Earlier this year, state lawmakers sent casino legislation to the Joint Legislative Audit & Review Commission for further study.

On Tuesday Mayor Alexander released a statement saying in part, “What is before the Norfolk City Council is not a stand-alone gaming facility, but a $700 million resort hotel casino and spa that will include at minimum 750 gaming machines, 25 gaming tables, a luxury hotel, at least three upscale restaurants, a 750-seat entertainment facility, and a waterfront promenade.  This will encompass 13.4 acres on the east side of Harbor Park that will be purchased from the City at its appraised value of $9,937,500.  The Tribe will be responsible for all costs associated with the construction of the project including infrastructure, flood mitigation, parking, and utility improvements.  After the sale of land closes, the Tribe will pay the City $125,000 per year until the casino opens.  After the casino opens, the Tribe will pay the City 4% of net gaming revenues with a minimum payment of $3 million per year."

Click here to read his entire statement on the proposed project. 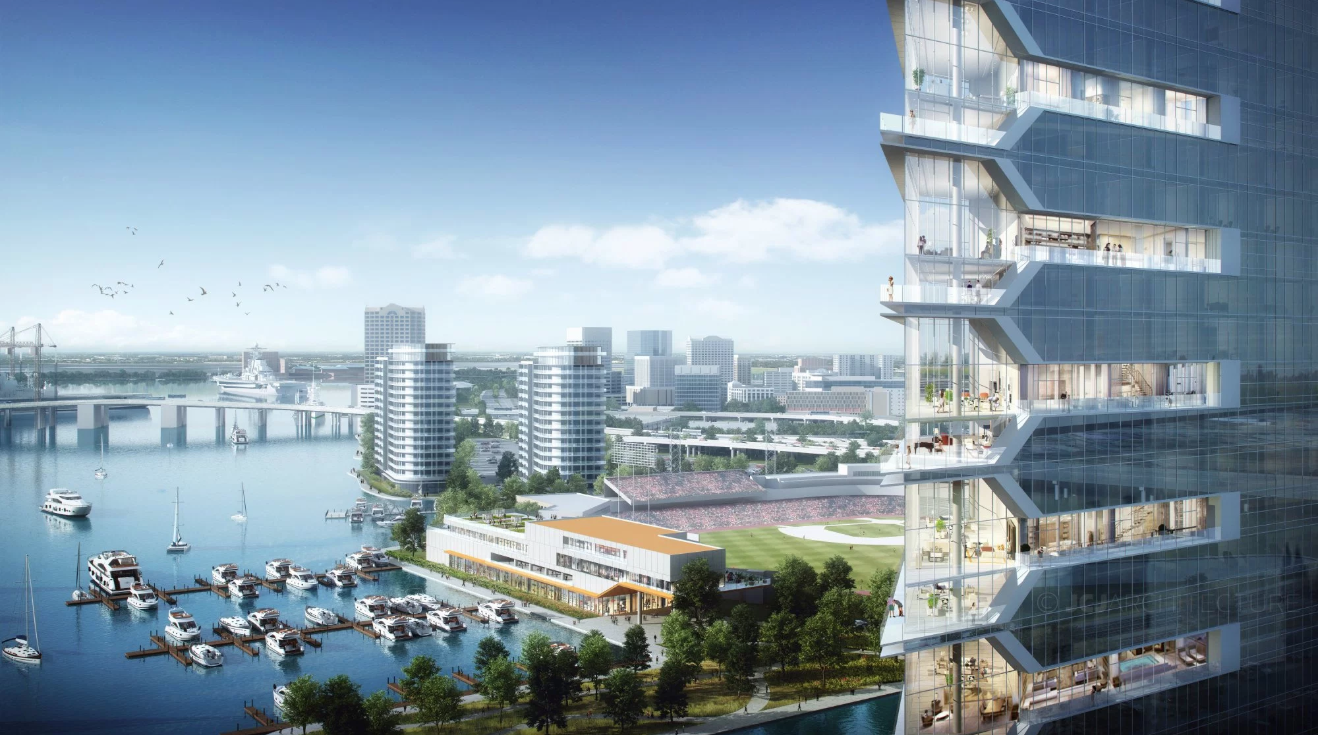 On her Facebook page, Council member Andria McClellan raised several questions about the project, including how a casino would impact businesses in downtown, how it would fit in with the nearby community like Norfolk State University, and how public safety would be impacted. She says the city council is "rushing" Tuesday's scheduled vote.

On his own Facebook page, Councilman Tommy Smigiel took a different approach, saying the city has been talking about the casino for months and saying it would help the city fund things like school maintenance. "There are some critical needs in our city which could be addressed sooner than later with the money generated from this project," he wrote.

Ahead of Tuesday's vote, the Larchmont Edgewater Civic League posted an online survey for Norfolk residents to fill out. Among the 934 people who responded, nearly 71-percent say the city should slow down.