Lorenzo moving faster, growing in size as it nears the Azores 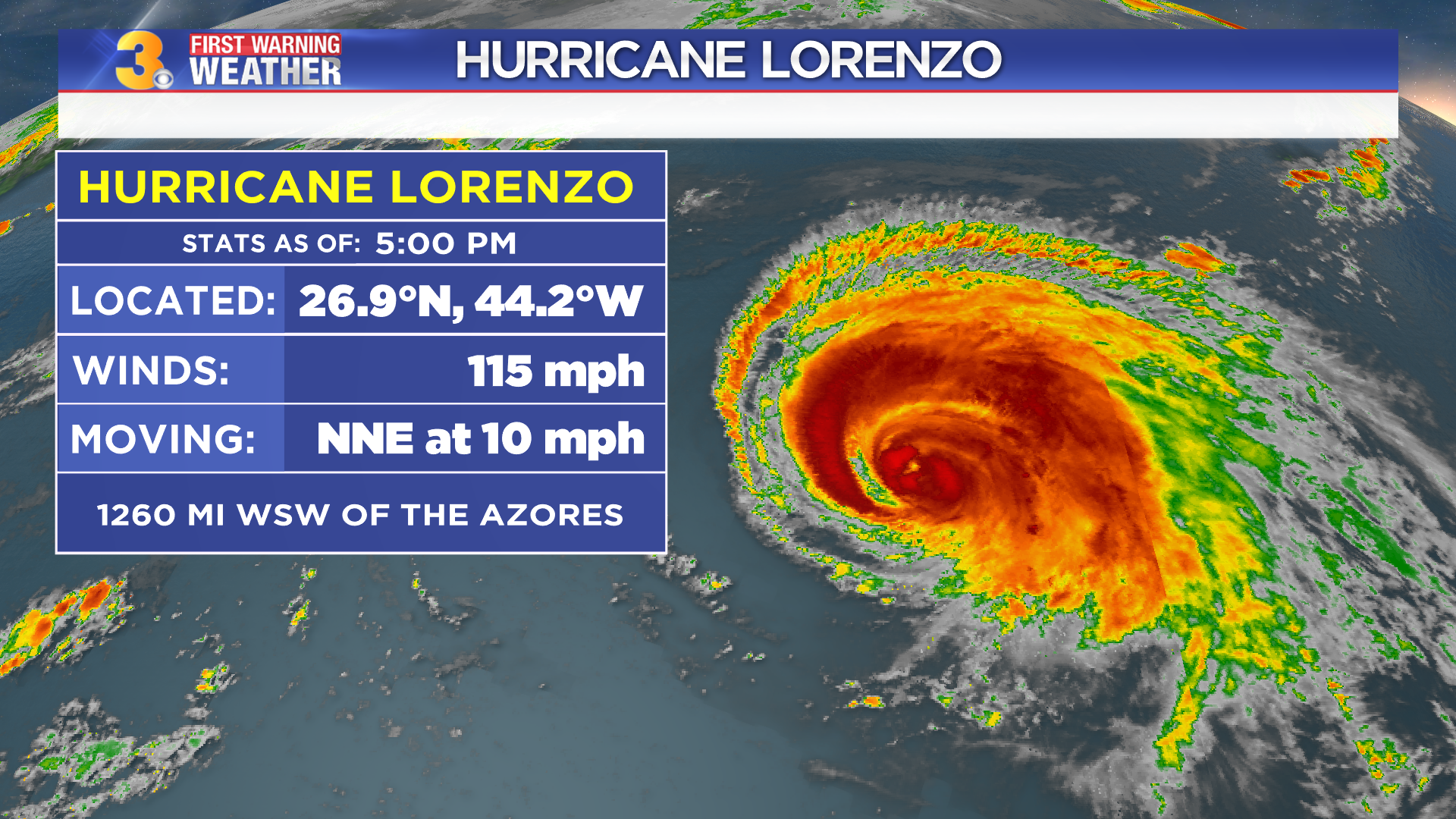 Lorenzo is moving faster toward the northeast and is growing in size.

As of 11 p.m. Monday, the storm is located about 840 miles WSW of Faial Island in the Central Azores and is moving toward the northeast near 20 mph. The hurricane should move in the same general direction but at a faster forward speed during the next few days.

On the forecast track, the center of Lorenzo is expected to pass near the western Azores early on Wednesday.

Maximum sustained winds remain near 105 mph with higher gusts. Only slight weakening is anticipated before Lorenzo moves near the Azores, with faster weakening expected on Thursday.