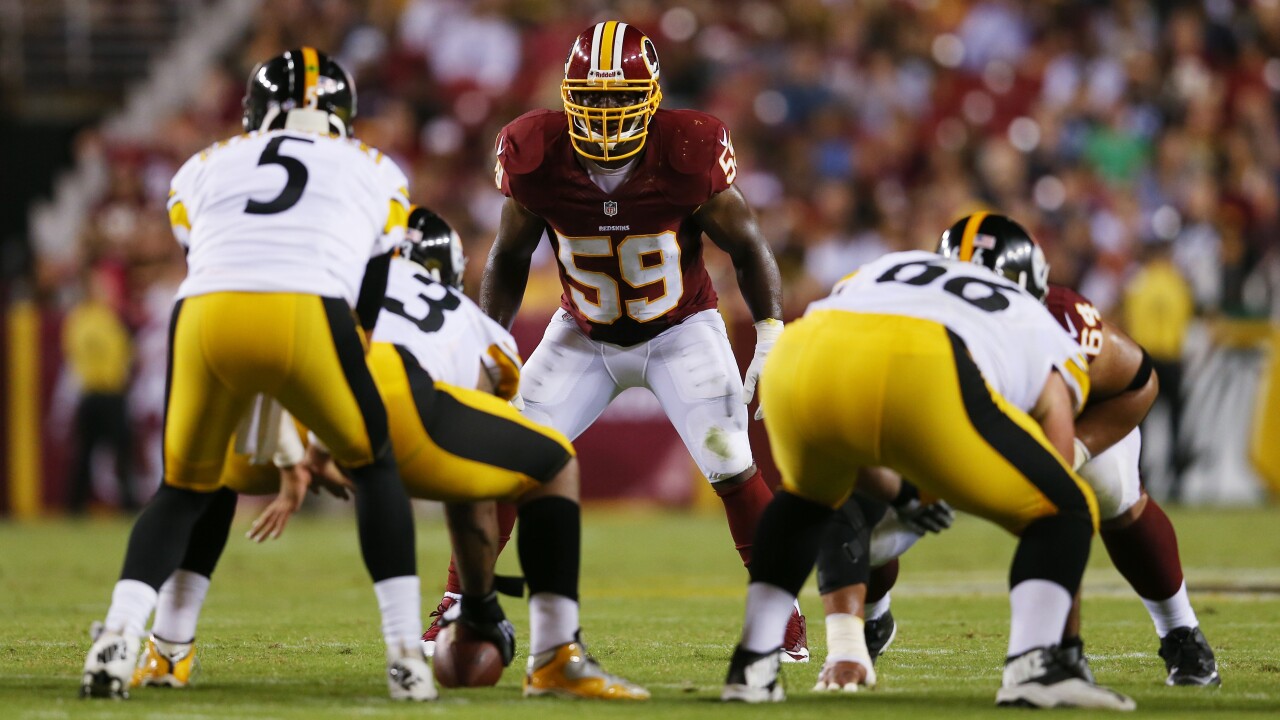 Inside linebacker London Fletcher #59 of the Washington Redskins. (Photo by Rob Carr/Getty Images)

LANDOVER, Md. – As if falling behind 28-0 en route to their 16th loss in their last 18 appearances on Monday Night Football didn’t make for a bad enough night for the Redskins – it actually got worse.

London Fletcher, one of the team’s most-celebrated players, was honored at halftime of Monday’s 31-15 loss to the Chicago Bears. Fletcher was inducted into the team’s Ring of Honor. However, on the video board at FedEx Field, Fletcher’s name was misspelled.

It appeared on the screen as London Flecther, rather than London Fletcher.

Fletcher played seven seasons with the Redskins (2007-13) and was one of, if not the best middle linebackers in the NFL during that span. He started in all 112 regular season games that he appeared in as a Redskin and registered 956 total tackles (616 solo), 11.5 sacks, 12 interceptions for 67 yards, including one returned for a touchdown, 53 passes defensed, 10 forced fumbles and five fumble recoveries during that span. During that seven year span, Fletcher was No. 1 in the NFL in total tackles (956), No. 3 in the NFL in solo tackles (616) and No. 1 in the NFL in assisted tackles (340) according to STATS LLC. His 12 interceptions during that span were the most among all linebackers. His 53 passes defensed from 2007-13 were tied with Karlos Dansby for the most by any linebacker in the NFL. In 2013, he set a Redskins single game postseason record when he registered 15 total tackles against the Seattle Seahawks in the Wild Card Round. During his tenure as a Redskin, Fletcher was selected to four Pro Bowls (2009-12).