Surfer loses prosthetic leg in Virginia Beach, needs your help to find it 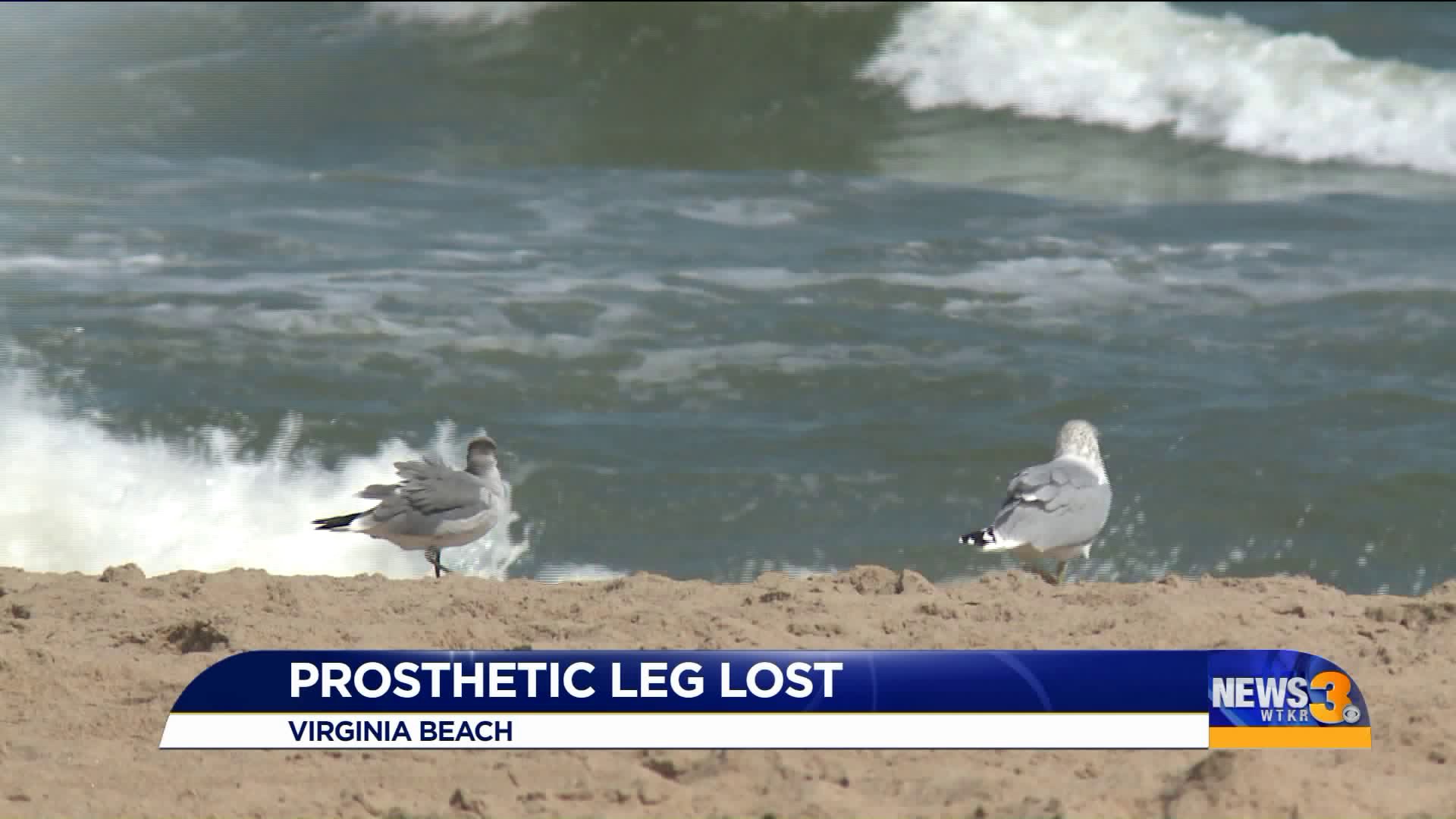 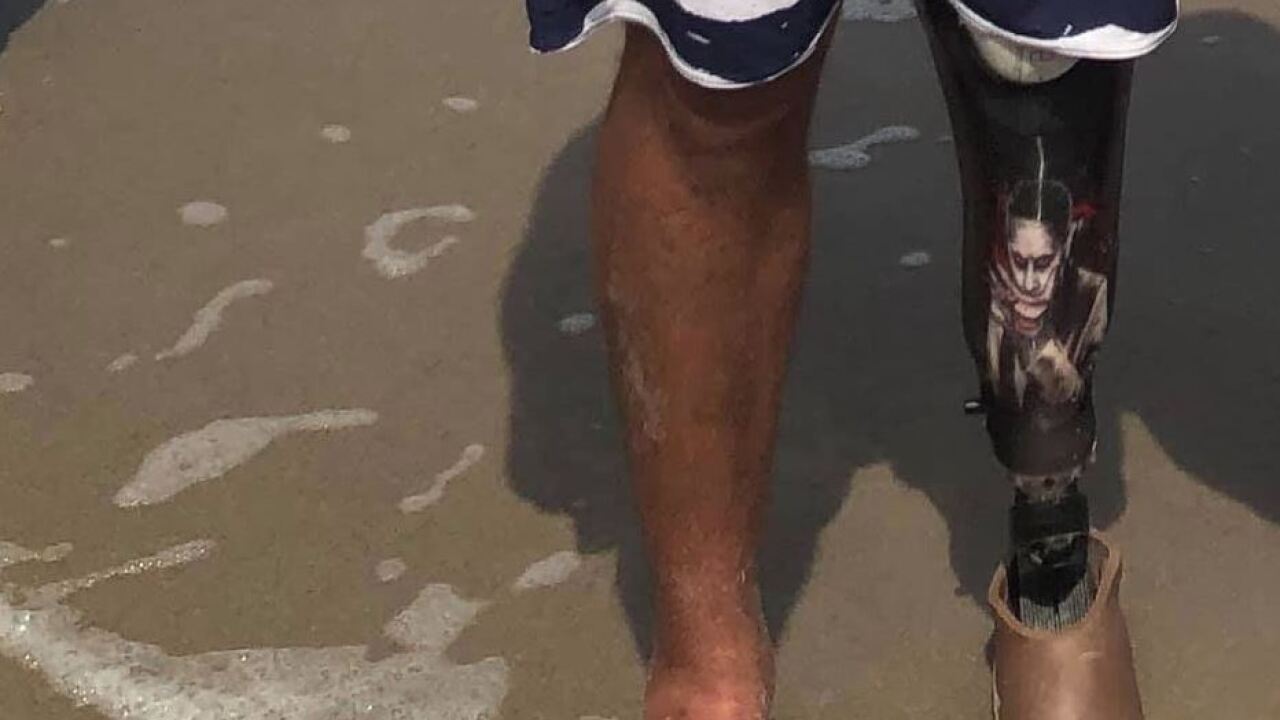 VIRGINIA BEACH, Va. - It was a day just like this Tuesday at Sandbridge Beach.

"I was surfing by myself, my wife was standing on the beach,” Ryan Johnson explained.

Sunny, breezy, with a nice surf along the ocean in Virginia Beach .

"I was out Saturday morning and the surf was probably about chest high, shoulder high range and it was clean,” Johnson explained.

But a wave soon crashing down on Johnson.

“'Oh my god I can’t believe this is happening',”he described of his reaction to the chaos.

As he was out riding waves, his prosthetic leg came loose and the current eventually swept away. “This wave kind of just rushed up and it rushed really hard and then rushed back out and when I did that’s when I took my prosthetic with it, and I’m watching it and I see it at the bottom of the way in the wave just crashed and it was gone,” he explained.

A part of him was  gone for a second time. Back in 2017, Johnson lost his left foot during a motorcycle crash.

“It’s losing a bit of your soul, I guess. Losing a part of you that you use for a daily basis, daily activities, you take your whole body for granted,” he told News 3’s Brian Hill.

Currently using a backup prosthetic, he said the feeling isn’t the same. Until he finds the prosthetic, or gets a new one, Johnson said catching waves at the beach will only be a pleasant memory.

“Say I land on a board, or go work out or land on something wrong or kick the ball and hit something hard. If you run on this one, it will break,” said Johnson.

With the help of family, he tried finding the leg to no avail. He hopes the prosthetic washes ashore and you spot it.

The design is unique - the joker is on the front, the back is a drawing of Marvin the Martian.

“I just rather have it back so I can move on with my life,” he mentioned.

If you spot the prosthetic, Johnson said please report it to police.